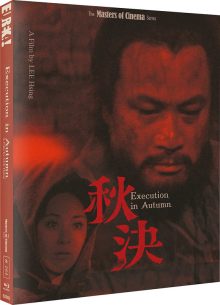 Taiwanese cinema enjoyed a boom in the 80s, when the state-owned Central Motion Picture Corporation invested in new young directors to rejuvenate the industry. Ever since, it has enjoyed much more success and spawned a number of great directors, such as Edward Yang, Hou Hsiao-hsien and Ang Lee. Prior to this, little is known of the Taiwanese film industry in the West though, other than the work of Hong Kong and Chinese directors who left constrictive Shaw Brothers contracts to enjoy relative freedom in Taiwan, such as King Hu (who was Chinese but worked for a long time in Taiwan).

One director who was greatly respected within the country long before the new wave though, is Lee Hsing (a.k.a. Lee Tse-Tah). Sometimes thought of as “the godfather of Taiwanese cinema”, Lee got off to a flying start when his directorial debut Brother Wang and Brother Liu Tour Taiwan (1959) became a box office hit, leading to a boom in Taiwanese-language (Hokkien or Hoklo) comedies.

He later found success with a Mandarin-language film, Our Neighbors (1963) and, that same year, kick-started the CMPC’s long-running trend for making ‘healthy realist’ films, with Oyster Girl and Beautiful Duckling. Lee continued to find success in his home country and, later in his career, won Best Feature Film at the Golden Horse Awards for three consecutive years, a record that remains unbroken to this day.

Largely producing fairly conventional, albeit often influential melodramas set in the present day, in 1972, Lee decided to do something different and embark on a passion project, Execution in Autumn. Tony Rayns suggests that the arrival in Taiwan of forward-thinking outsider directors such as King Hu might have helped inspire this move (as well as his Lee’s decision to form his own production company in 1969) but, for whatever reason, Execution in Autumn proved to be an uncharacteristically ambitious film for the director. It has something of the flavour of Hu too, with its period China setting and visual grace.

Execution in Autumn was a success, making a decent figure at the box office as well as walking away with an unprecedented five Golden Horse awards, for Best Feature Film, Best Director, Best Leading Actor (Ou Wei), Best Supporting Actress (Fu Bi-hui) and Best Cinematography. It was the Taiwanese entry for Best Foreign Film at that year’s Oscars too, though it didn’t make the shortlist.

However, the film is little known in the West, as is its director. Thankfully, Eureka have picked the title to add to their exemplary Masters of Cinema collection. With my love of East Asian cinema, I was intrigued by the look of the film and requested a copy to review. My thoughts follow.

Execution in Autumn sees Ou Wei play Pei Gang, a despicable man who has been imprisoned after murdering 3 people in a fit of rage.

Gang’s grandmother Pei (Fu Pi-Hui), who cared for and spoiled him for most of his life, is determined to get him released, not only as the prisoner is her only grandson but also because he’s the only male heir to the family. So, she uses her wealth and influence to try to get Gang off the hook.

Unfortunately, her efforts prove futile when Gang openly and proudly admits to the crimes in court and even threatens the life of the judge. He’s therefore sentenced to death. Not immediately, however, as the region’s lord believes that executions should only take place in autumn and that season has just drawn to a close by the time of Gang’s judgement.

Whilst her grandson awaits his execution, Pei realises the only way she can continue the family line is to have someone marry Gang whilst he’s in prison and allow him to father a child. For this shameful task, she calls upon her obedient adopted daughter Lian’er (Tang Pao-Yun) and talks the sympathetic prison governer (Gu Hsian-Ting) into allowing this act to take place.

All does not quite go to plan but Lian’er’s visit to the prison sets in action transformations in both her and Gang’s characters.

Execution in Autumn, like much of Taiwanese cinema of the time, focuses on Confucian values of personal ethics and morality. The ‘bookworm’ in the neighbouring cell (played by Wu Chia-Chi) openly describes and encourages these towards our protagonist, whilst the thief (Chen Huilou) who fills the other cell extolls the virtues of the opposite values, of greed and selfishness.

Pei Gang is immensely unlikeable to begin with but, gradually, he becomes a more sympathetic character as he learns to respect those around him. It’s a big leap but, through strong lead performances and a well-constructed screenplay, the transition works and makes for a moving conclusion.

However, the film is not only about Gang learning to be a better person, but about Lian’er learning to stand up for herself and do what she wishes, not what she’s ordered to do. This adds another, quite forward-thinking layer to the film which, on the surface is quite simple.

I don’t use the term simple disparagingly though. I mean that the film has a stripped-back approach and sharp focus. There are no side-stories and relatively few characters, all serving the development of the two protagonists. This gives the film an undiluted power and allows time and space to explore the complex characters and emotions at its core.

The setting is kept simple too, largely keeping within the prison and its grounds to create a suitably claustrophobic atmosphere. It’s all shot on sets too, rather than locations. This gives the film a look that reminded me of the work of Shaw Brothers during the same period but here the production design has an Earthier, more lived-in style that prevents it from seeming too artificial.

Lee also makes great use of nature and the elements, even if they may be studio-created. Visual signifiers are used at various stages throughout the film to mark the changing of the seasons, reminding us that autumn will eventually come back around and Gang’s time will be up.

The cinematography is gorgeous too. Whilst colours are kept fairly muted and brown, great use is made of lighting, framing, depth and movement to make an elegantly lensed film.

The only complaint one might make towards the film is that it’s rather melodramatic. Melodrama was the norm in Taiwanese cinema at the time, so was pretty much unavoidable. The music is the worst culprit here, being somewhat over the top, but the film’s performances and presentation help elevate it beyond most overblown melodramas from the era, so the heightened emotions didn’t bother me.

Overall then, Execution in Autumn is a stripped-back but hauntingly beautiful melodrama that has great power. On the surface it may be simple but great depth of character and emotion make for a rich, fulfilling experience. It’s a real gem that I’m thrilled Eureka unearthed. 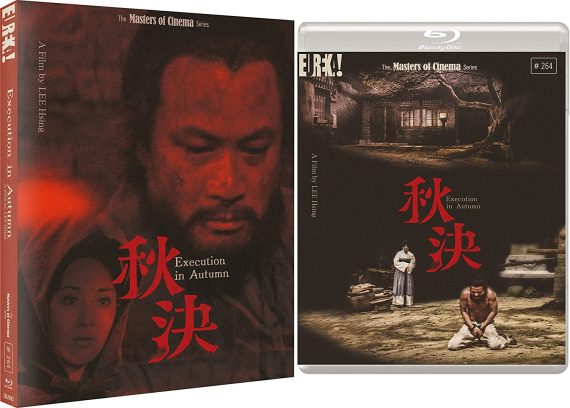 Execution in Autumn is out on 20th June on Blu-Ray in the UK, released by Eureka as part of their Masters of Cinema series. The film looks great considering its relative obscurity. It’s a touch soft perhaps but the earthy colours are pleasing and there’s no notable damage. The sound is decent too, though suffers from the usual problem of crushed ‘S’ sounds that you get in films of the era.

Running at 45 minutes, Tony Rayns’ piece is substantial, making up for the lack of commentary. He fills in any gaps in knowledge you might have about Lee, the cast and other collaborators, as well as offering his thoughts on the film’s qualities and flaws.

The restoration featurette shows you what the team were originally working with, a faded print with a lot of flecks. It makes you greatly appreciate these beautifully restored releases and reminds me why I never make do with ropey YouTube versions of films.

Like Rayns’ piece, the booklet, containing an essay by Philip Kemp and a short bio from the Taiwan Film and Audiovisual Institute, is vital in giving more information on Lee and the film itself. I owe it a great deal in forming the lengthy introduction to my review.

It’s not one of Eureka’s most expansive releases then, but the film is excellent and the label have added enough information to better respect this underseen gem. So, Execution in Autumn comes very highly recommended.