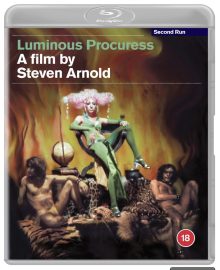 The seismic cultural change that exploded among Western youth in the 1960s is usually associated with one art form above all others – music. Think of the Sixties and the Hippie Movement and cultural touchstones such as the Beatles’ St. Pepper or the Woodstock Music Festival most readily spring to mind. Cinema, on the other hand, has never quite managed to capture Hippie ideals in a similarly powerful and evocative manner, despite attempts such as The Trip or Easy Rider doing their best to distil the essence of the counter culture into a cinematic form.

Luminous Procuress, newly released on Blu Ray by Second Run this month, is a rare cinematic outing that not only attempts to capture the spirt of Haight-Ashbury (the San Francisco epicentre of the Hippie movement) but also largely succeeds in exploring the key tenants of free and universal love that were so intrinsic to the scores of kids who were advised to “Turn on, tune in, drop out”. 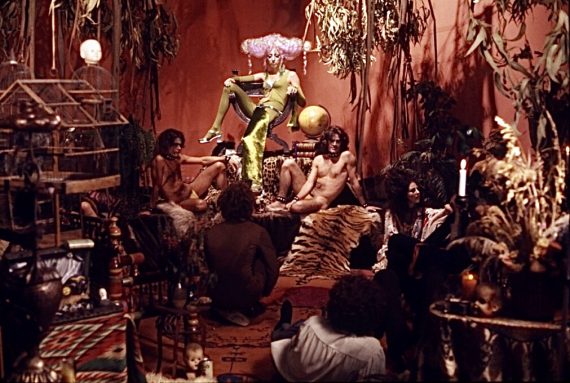 Despite the subject matter, Arnold’s artistic background would ensure that Luminous Procuress was never going to be a conventional film. Yet the final result, a darkly surreal, avant garde concoction of Cocteau, Fellini and experimental film pioneer Kenneth Anger, has more of a narrative backbone that you might expect for a movie loaded with such artistic freedom and experimentalism.

It begins with two young men arriving at the house of the Luminous Procuress (played by Arnold’s childhood friend Pandora) a magical enchantress who is surrounded by a coterie of exotically dressed minions. After offering them a drink, the Luminous Procuress leads the two men through door into a dream-like realm of surreal fantasy, where they will shed their inhibitions and achieve sexual liberation. 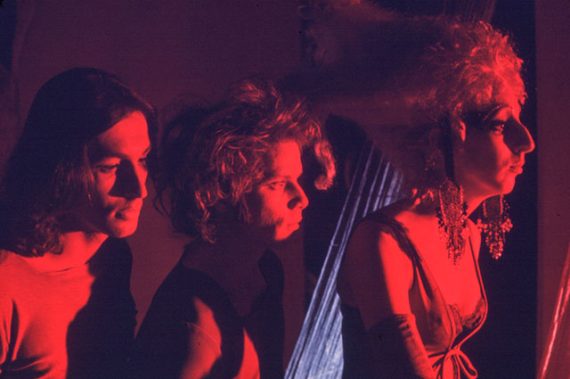 Luminous Procuress is very simply structured in this regard. Arnold presents his vision as a series of separate tableaus, as the Luminous Procuress takes the two young men on a tour of a surreal underworld. This journey provides the connecting link between seemingly isolated scenes and self contained moments, ensuring that, despite the wild and risqué imagination on show, the audience is easily able to follow the young men’s journey as it progresses ever deeper down the rabbit hole.

Outside of this narrative spine, however, Luminous Procuress is a bold feast of imagination and daring. The tableaus Arnold presents us with, for example, range from the mysteriously surreal to full frontal, real sex.

While the film’s core message is ultimately a positive one, there is no getting away from the unsettling darkness that permeates many of these moments. From a clown manipulating a series of half nude figures across a stage to the rather heavy handed metaphor of an Cardinal assaulting a Nun, Luminous Procuress presents a world that frequently seems to hover at the hinterland that exists between dreams and nightmares. 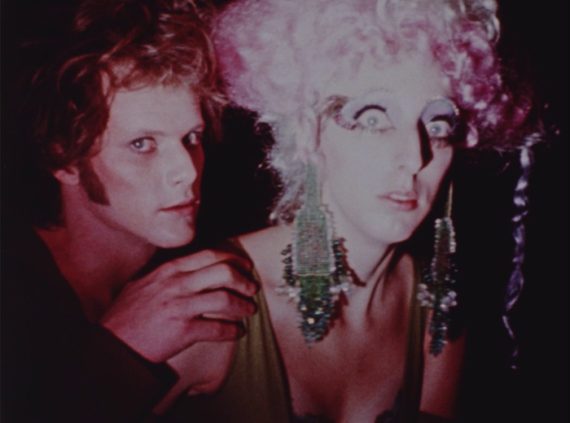 The soundtrack is equally bold and expressive, replacing all the dialogue for an auditory experiences as avant garde as the visuals. For all the association of the hippie movement with music, the soundtrack here is a millions miles away from The Grateful Dead or the psychedelic excursions of The Beatles, instead blending of strings, synthesisers and unintelligible dialogue into one evocative whole.

Yet perhaps the film’s most groundbreaking and daring aspect is not its depiction of sex or avant garde excursions into dark surrealism. Luminous Procuress feels at its most pioneering when it is celebrating gender fluidity and pan-sexuality. Sixties drag troupe The Cockettes take centre stage in many of the scenes, culminating in a riotous tableau of unabashed hedonism. As we follow the two men towards the culmination of their journey, Arnold’s message seems to be that we should celebrate and take delight in sensual pleasure and sexual freedom away from the confines of gender definitions and sexual preferences. In this regard, it becomes a wonderful distillation of the heady optimism at the heart of the Hippie movement and their dream of free and universal love. 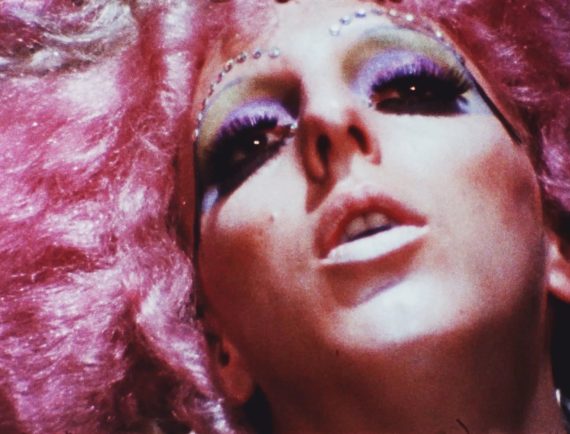 Capturing this ideal in a manner that feels far darker than its subject matter might suggest, Luminous Procuress feels like a vital historical document of the late Sixties. Bold, provocative and darkly imaginative, it lays the foundations for films as disparate as the high camp of Rocky Horror to the nightmarish dreamscapes of David Lynch. Presented in a beautiful new restoration, it may not be a film that will appeal to everyone, but for those open minded and willing enough to take the journey with the Luminous Procuress, it may prove to be unforgettable.

Luminous Procuress is being released on Blu Ray by Second Run. The film, shot on 16mm, has been restored in 2k for this release and looks fantastic. A 16mm print is never going to exhibit the same level of detail as 35mm, with more rough grain than some may be used too, but Luminous Procuress nevertheless looks glorious throughout. Considering that we are getting the fully uncut version, struck from a new restoration, there is no doubt that this Blu Ray will be the most authentic version of the film you’ll likely see for a very long time. Audio, via a single channel 1.0 track, feels equally authentic and pristine.

There are two extras on the disc. The first is a ten minute interview with producer Harry Tsvi, who provides a light hearted chat about how Luminous Procuress came to be and how it was received – so well in some circles, that director Steven Arnrold was taken under the wing of none other than Salvador Dali.  A lengthier 21 minute supplement features curator and author Steve Seid introducing Luminous Procuress before a screening in San Francisco, offering a more detailed background to the film and a history of its preservation. Both are well worth a watch.

The Blu Ray also comes with a booklet featuring two essays. The first, by Steve Seid, acts as a further addition to his talk on the disc, going into more depth and analysis on the film. The second essay by critic Elena Gorfinkel offers a more traditional critical analysis and interpretation.