Isn’t it frustrating when the blogosphere is full of reports from exciting video game conferences like E3 or comic/movie expos like Comic Con and you’re stuck in the UK or worse (for this situation), the North of England. Without spending an awful lot of money you’re going to struggle to get your large scale social geek fix year after year.

Well fear not, because help is at hand to all of you gamers and movie lovers living in the UK. Play Expo is coming to Manchester on 11/12th October 2014 to fulfil all of your needs and, better yet, Blueprint and Nintendo: Review will be there to keep up with the excitement and all the latest developments.

Play Expo is now in its fifth year and has established itself as a firm favourite amongst gamers. The event saw close to 16,000 attendees in 2013 and the organisers have increased the show space to accommodate up to 25,000 gaming fans this year. As well as an indie zone, the expo features esports, current gen gaming, a retro zone, cosplay, industry speakers and special guests.

The full lineup of events is being built upon day by day, but here is a quick list of what has been confirmed so far: 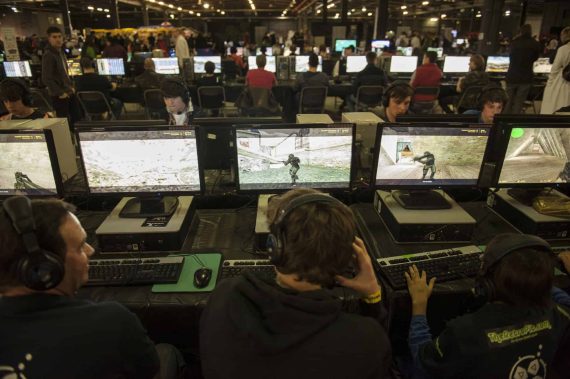 Charles Cecil, the visionary head of Revolution Software, who created classic adventure games such as Broken Sword, Lure of the Temptress and Beneath a Steel Sky will be appearing at Play Expo on Saturday 11th October. Find out more here.

Dave Prowse, Jeremy Bulloch and Kenny Baker are the latest guests to be confirmed for the screen.play feature of Play Expo 2014. All are best known for their roles in the Star Wars series of films, as Darth Vader, Boba Fett and R2D2 respectively.

Dave and Kenny will be appearing on Sunday 12th October, whilst Jeremy will appear on Saturday 11th. All three will be available for photo-shoots and autographs priced at £15 each. 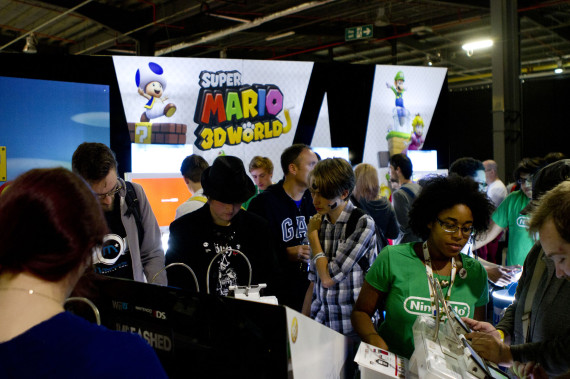 Replay Events have confirmed the first fourteen indie studios that will be exhibiting at their Manchester based video games event, Play Expo this coming October. The number represents a considerable increase in developers exhibiting at their annual gaming show.

Andy Brown, Director at Replay Events said “We are overwhelmed by the support the indie game community has shown our expo this year. The indie zone was a very popular feature at our Play Blackpool show in May as well as at Play Expo last year so we wanted to build on that momentum for this October’s show which is shaping up to be our best yet!”

Fully Illustrated owner Michael Heald who is exhibiting at the show said “Wulverblade is a HD 2D side scrolling beat-em-up that aims to revive this lost genre and bring the classic arcade gameplay to the next generation on Xbox One – we’re proud to say that Wulverblade was selected as one of the first 25 ID@Xbox titles to appear on the new system! We’re hoping to be able to bring both a taster of the campaign itself as well as a ‘survive as long as you can’ arena mode to Play Expo and we can’t wait to get people’s feedback!”

James Woodrow, Utopian World of Sandwiches Director added “We came to Play Expo in 2012 and had a great time playing Chompies with everyone. This year it’s going to be even bigger and better, with even more of our fellow indies joining in the fun. We’re really looking forward to showing everyone in Manchester our nine-player sequel Chompy Chomp Chomp Party on the Wii U. We want to get the whole crowd involved!” 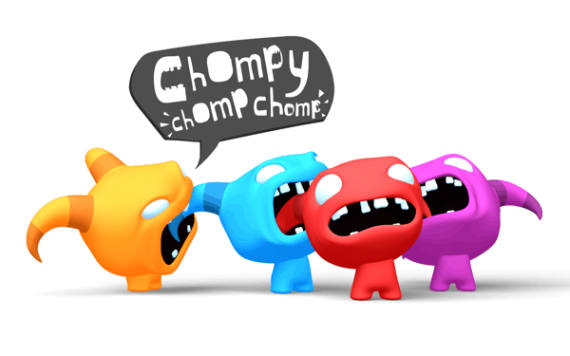 The organisers are offering indies special low rates for space and power on the main show floor and there are a variety of packages available to suit small studios as well as individual developers. Anyone interested in exhibiting should email Replay Events directly – exhibit@playexpo.net.

The studios and games confirmed to date are:-

Play Expo returns to EventCity (next to the Trafford Centre) in Manchester on 11/12 October 2014. Tickets are available from http://www.playexpo.net.