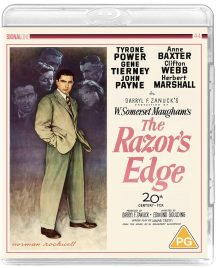 For many soldiers who survived World War One, returning to normal civilian life proved to be a significant struggle. Their harrowing experiences meant that the world to which they returned felt drastically altered; the comforts and security of their old lives had disappeared. With life having been proven to be so cheap and disposable, as evidenced by the hundreds of thousands killed on the battlefields of Northern France, an existential crisis grew as retuning soldiers began to question the old societal structures and rules that had once governed their lives.

Just such a conflicted character takes centre stage in W. Somerset Maugham’s 1944 novel The Razor’s Edge, which focuses on American Pilot Larry Darrell’s quest to find meaning and happiness after the trauma of The Great War. The novel proved to be a huge commercial success, which led to 20th Century Fox’s Darryl F. Zanuck, keen to make a big ‘prestige’ picture, pay Maugham a colossal $250, 000 for the rights. The Razor’s Edge went on to be nominated for several Oscars, yet its impact and legacy seems to have diminished as the years and decades have rolled on. Now being newly released on Blu Ray by Signal One, how does this slice of classic Hollywood drama stand up today? 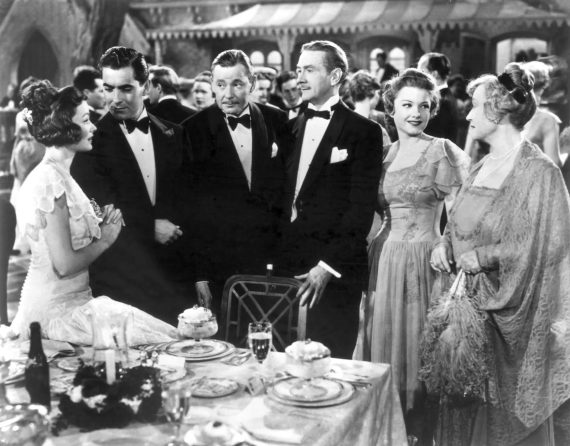 The film begins in 1919, where a lavish party is being hosted by the waspish Elliott Templeton (Clifton Webb). Here, W. Somerset Maugham (Herbert Marshall, playing a fictionalised version of the author) is introduced to the glamorous Isabel Bradley (Gene Tierney) and her best friend Sophie (Anne Baxter). Sophie explains to Maugham that while Isabel could easily marry the smitten millionaire stockbroker Gray (John Payne) she has actually fallen in love and become engaged to the significantly poorer Larry Darrell (Tyrone Power). Later that evening, Larry tells Isabel that he wants to postpone their marriage in order to travel, hoping that while abroad he might find the answers to the questions that have been plaguing him since the war. Thus begins a long, tumultuous journey as Larry begins his quest to find happiness, where, over the years, he sees the fortunes of his friends and loved ones change with dramatic and often tragic consequences. 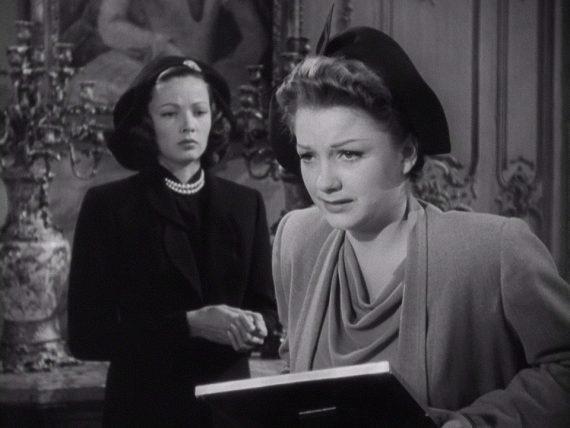 What follows over the next two and a half hours is very much a golden age Hollywood prestige film, complete with glamours stars, lavish sets and hundreds of extras. For all this, however, The Razor’s Edge feels like a remarkably intimate story at times, focusing on just three to four characters over the course of a decade – the extras and sets are there to provide more a sense of verisimilitude than to evoke any grand sense of scale. And it is in the intimate, as opposed to exploring its grand theme, that finds The Razor’s Edge at its most successful.

The film’s biggest problem is Larry himself. Bland and colourless, his journey of self discovery feels painfully self indulgent. A segue halfway through, which sees Larry arrive in India and achieve enlightenment at the top of a mountain, feels over the top, where the self earnestness in which the film frames his spiritual awakening comes across as more hilarious than inspiring. Even in The Razor’s Edge more dramatic scenes, Larry’s frequently placid demeanour means that he is essentially inert as a dramatic character. Some may find a connection with Larry, perhaps now more than ever thanks to the dark and uncertain times in which we live, but there is no denying that, as a character, he feels distant and emotionally aloof throughout the film, as if his spiritual awakening continually ensures that he remains a step removed from the less enlightened audience. 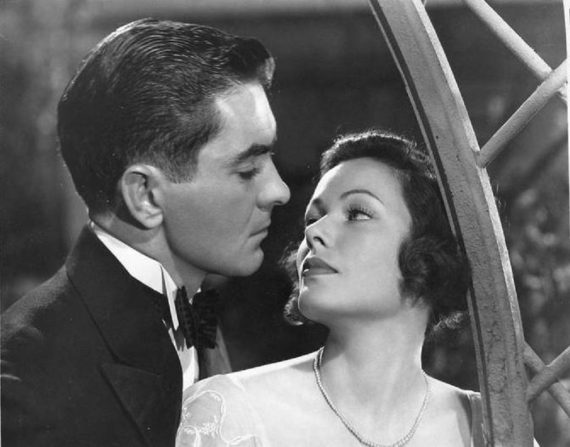 Thank goodness, then, that The Razor’s Edge finds such success in exploring the lives and relationships of Larry’s friends. The real dramatic meat of the film is arguably not Larry’s spiritual journey, but the far more bitter and corporeal journey road taken by those closest to him. Here, the vapid and cruel Isabel, who harbours a constant infatuation with Larry over the years, takes centre stage, along with Sophie, who encounters tragedy and despair as often as Isabel manages to avoid them. In is in the exploration of these two women, with Larry at the centre, that sees The Razor’s Edge blossom into a quietly tragic and involving melodrama, that thankfully throws the film’s more questionable moments into the shade.

Tyrone Power does his best to give Larry shape and dimension throughout the film, ensuring that while his character remains rather bland, he is almost always engaging to watch. Gene Tierney brilliantly captures Isabel’s vanity and emptiness, chillingly evoking a cold moral blindness behind a shimmering on-screen beauty. Yet it is Anne Baxter who offers the most compelling and riveting performance (arguably because she was given the most to work with). Rightfully winning the film’s only Oscar for best supporting actress, she ensures that Sophie’s tragic journey provides The Razor’s Edge true emotional punch, as well as its most dramatic moments. 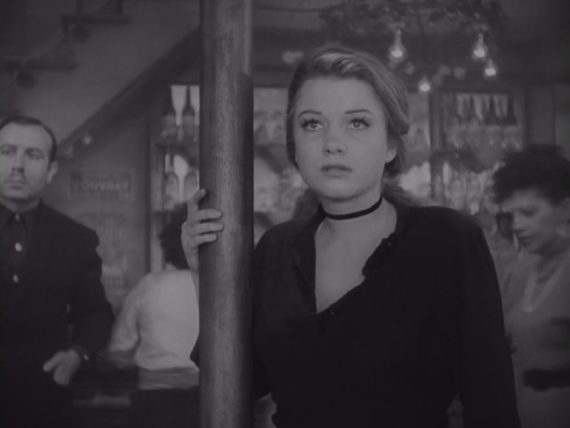 Director Edmund Golding (who later directed Tyrone Power in Nightmare Alley) captures the action in beautifully long, flowing takes that eschews traditional editing much of the time in favour of something that feels gracefully old fashioned yet still powerfully engaging. His camera work, in conjunction with esteemed cinematographer Arthur C Miller (who shot films as diverse as Hitchcock’s Lifeboat to Ford’s How Green Was My Valley) ensures that The Razor’s Edge never becomes a dull slog, where the two hour plus running time elegantly flows along.

The film’s conclusion may not hit the expected satisfying notes that a modern audience might expect (with Larry once again ensuring that the drama fizzles rather than explodes) but that ultimately doesn’t detract from the elegant quality of this classic Hollywood melodrama. Boasting great performances, engaging characters and an emotionally moving story, The Razor’s Edge is a wonderfully made film that should be snapped up immediately by all fans of Hollywood’s Golden Age.

The Razor’s Edge is being released on Blu Ray by Signal One. The picture quality is pretty decent throughout. There is no mention of a new 2k OR 4k scan, so this must be based on an old master. There are a few signs of very faint print damage here and there but aside from that the picture quality is solid, with decent contrast and lots of fine detail. I saw no errors with the encode either. The original mono audio is very clear and sharp. Overall, fans should be very pleased with how The Razor’s Edge looks and sounds.

There are two extras on the disc. The first is a feature length commentary by film historians Anthony Slide and Robert Birchard. This is incredibly thorough, covering almost every aspect of the film from the cast and crew, background and history, to technical aspects. Aside from frequent, occasionally lengthy pauses, there is little to fault in this dryly witty, very informative track. Absolutely worth a listen for those interested in discovering more about The Razor’s Edge.

The only other extra is a short contemporary ‘Movie News’ style film from the time of The Razor’s Edge release. This offers us such delights as seeing Sinatra arriving at the film’s premiere to Anne Baxter receiving her Oscar. Definitely worth a watch!!