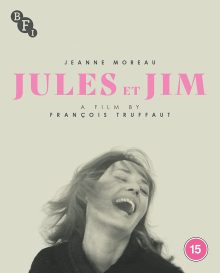 I still remember when, as every budding cinephile must, I first began exploring the films of the French New Wave. Though I eventually found much to love, I started out by making what I can only imagine is a pretty common mistake: I began with Jean-Luc Godard. Though a massively beloved, respected and important figure in film history, Godard’s work can be challenging to say the least and is not the ideal starting point for a French New Wave novice. While I did eventually find a couple of Godard films I liked, I never really warmed to his style and still don’t count him among my favourite directors. But to use a more optimistic phrasing, so as not to upset Godard devotees, my big mistake was not in choosing Godard as my introduction to the French New Wave, but rather in not choosing Truffaut.

In retrospect, Truffaut is the much better choice to begin exploring the French New Wave, because he marries his visual innovations to much more grounded, emotionally involving storylines. So having scratched my head to Godard for so long, I ate up what Truffaut had to offer and quickly checked off several of his best known films as the masterpieces I had heard they were. The 400 Blows? Masterpiece. Day for Night? Masterpiece. Jules et Jim? Masterpiece. The Last Metro? Masterpiece. By the time I got to the lesser-known works, I was still thoroughly enjoying every second of my Truffaut experience but one film pulled me up short. It was called Two English Girls and it was based on a novel by Henri-Pierre Roche, the author of Jules et Jim. I found Two English Girls tedious, detached and plodding and wondered why, having enjoyed Jules et Jim so much, I didn’t respond to this adaptation. Then I realised I really couldn’t remember much about Jules et Jim at all. Not long after, I had two separate experiences in which people I knew and whose opinions I respected both said they’d recently watched Jules et Jim and not liked it at all. Intrigued at their response and my own inability to recall the film properly, I resolved to revisit it at some stage. Many years down the line and the new BFI Blu-Ray has provided me with that opportunity. 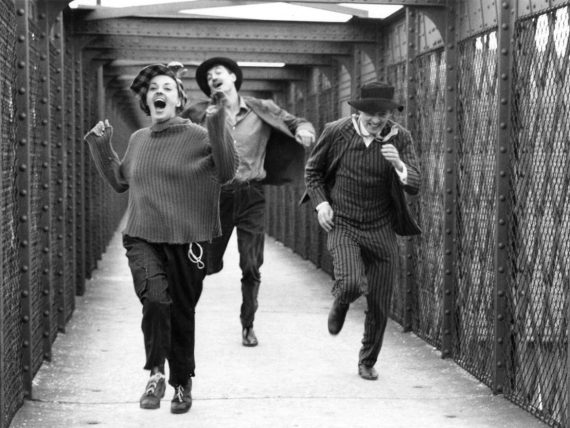 Jules et Jim is the story of the growing friendship between Frenchman Jim and Austrian Jules, one outgoing, the other shy. Their lives are changed when they meet the free-spirited but erratic Catherine, a woman with a resemblance to a captivating statue that had fascinated both men. Love, marriage and the onset of World War I pull apart and reunite the three friends and their relationship becomes increasingly more complex.

Revisiting Jules et Jim was a strange experience and ultimately I found myself liking it considerably less this time round. I can imagine having watched it off the back of Godard, I probably responded with relief and excitement to a narrative I could actually follow and my awareness of its status as a recognised classic probably combined with this to make me respond very positively to it. I also originally watched it as part of a Truffaut binge so perhaps I was more in the mindset of those distinctive French New Wave rhythms. But when I started watching Jules et Jim this time round I became quickly irritated by how detached the whole thing seemed. The use of an omniscient narrator who constantly fills us in on every little detail of what the characters are doing, thinking and feeling ironically pushed me away from them. The more information I was handed, the less I felt I knew them. There’s a whimsicality to the early sections of the film but it felt more forced than charming and the switch to darker material with the onset of war barely seemed like a change at all. This stylistic choice made Jules et Jim feel very one note. 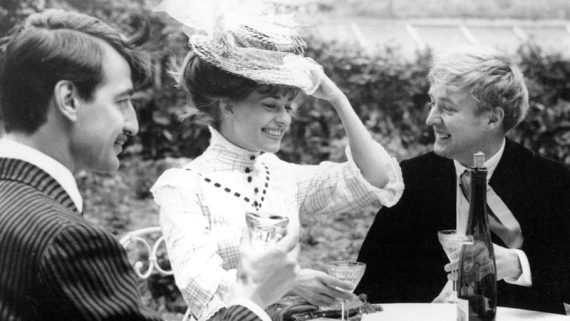 I understand how many people respond positively to highly stylised films but when the stylisation comes at the expense of alienation from the characters, I have a tough time caring for a near 2 hour runtime. Though Jeanne Moreau, Oskar Werner and Henri Serre were decent enough in the central roles, the performances felt stifled by the artificiality of the presentation. Character motivations were difficult to identify and ultimately it felt like the narrator was puppeteering them based on impulsive whims. Meanwhile, Truffaut throws a whole bag of tricks at the screen, from freeze frames and wipes to handheld camerawork and montages. This eye-catching direction often imbues the material with a more interesting feel and it kept me going between long stretches of boredom.

I did momentarily wonder if my negative reaction to Jules et Jim was characteristic of me drifting from my love of Truffaut but I quickly dispelled such a notion with only a cursory glimpse at my mental highlights package. I can remember large parts of most other Truffaut films quite clearly and it was only Jules et Jim, and subsequently Two English Girls, that eluded me. For me then, it seems that the stories of Henri-Pierre Roche and the direction of Francois Truffaut just play as a mismatch. Jules et Jim isn’t what I’d call a bad film. I turned it over in my head for days after watching it, which goes some way to explaining how jumbled this review has ended up being. It’s a fascinating film in many ways and one to which I may return in future but this time round it just left me cold.

Jules et Jim is released by BFI on Blu-ray, iTunes and Amazon Prime on 25 April 2022. Special features are as follows: