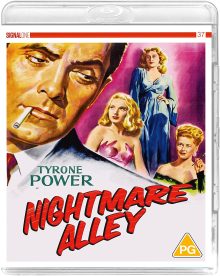 With Guillermo del Toro’s remake of Edmund Goulding’s 1947 film Nightmare Alley hitting UK cinemas this week, I wanted to finally watch the original. With impeccable timing then comes Signal One, with their long-awaited Blu-ray release of the film hitting shelves today.

Nightmare Alley was considered a near-lost film for many years as rights issues had kept it from home video release for a long time. This particular release has had a long road to our shelves too, after being announced by Signal One back in 2018.

The film was an ‘A feature’, not a ‘B-movie’ like most film noirs of the time. Big-name stars are even known to have visited the set, as reported in press material. The interest and reasonable budget would have likely been down to the fact that it was based on a best-selling novel.

William Lindsay Gresham’s book was raw and raunchy but captured the interest of readers at the time. The author was horrified by the story of carnival ‘geeks’, men who would perform disturbing acts such as biting the heads off live chickens, which inspired him to make the film. Gresham was a troubled man himself, being an abusive alcoholic for many years (also inspiring the book) and later taking his own life in the hotel room in which he wrote Nightmare Alley. Interestingly, his first wife, Joy Davidman, left him for C.S. Lewis and is portrayed in the film Shadowlands by Debra Winger. 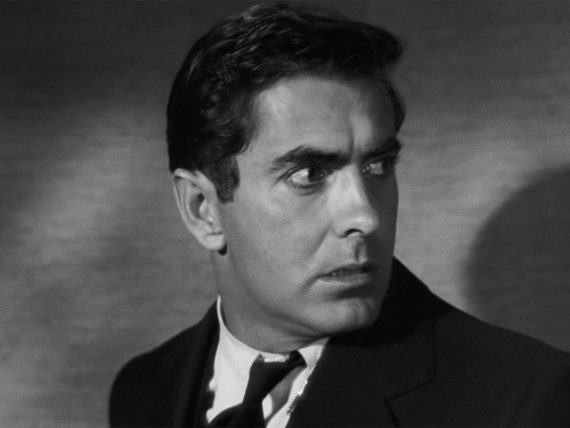 20th Century Fox studio head Zanuck didn’t want to make Nightmare Alley, due to the dark and sleazy source material, but Fox star Tyrone Power saw it as the chance to play a much meatier part than usual, so bought the rights to the novel himself for $60,000, quite a sum at the time.

Zanuck was right to be wary of the project, as the film was not successful at the box office, despite the popularity of the novel. Perhaps audiences knew the Production Code would force filmmakers into cutting out a lot of the ‘juicy stuff’ on adapting the novel to the screen.

Despite its failure at the box office and some mixed contemporary reviews, Nightmare Alley has risen in stature over the years and is now considered a classic entry into the film noir genre. 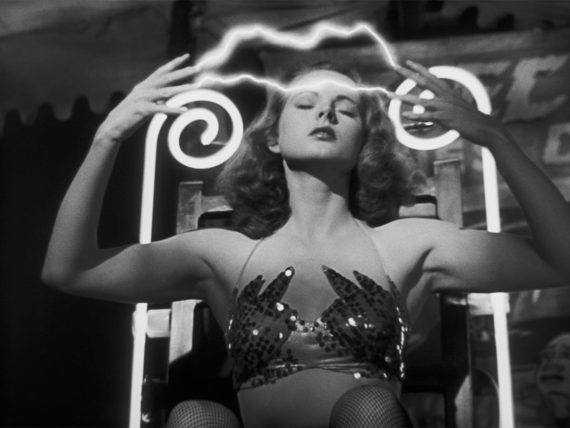 The film sees Power play Stanton Carlisle, who at the start of the film is working as a tout at a low-rent carnival. Chatting to one of his colleagues, he discovers show ‘psychic’ Zeena (Joan Blondell) and her husband Pete (Ian Keith) used to be in the big leagues, making a fortune from their show before Pete hit the bottle. Stan learns that their act relied on a secret code system so, keen to replicate their success, he tries to get Zeena to tell him how it works.

Zeena is reluctant, despite growing close to Stan, who has been cosying up to her. However, when his scheme to loosen Pete’s tongue instead results in his death (with Stan’s involvement unknown to anyone else), Zeena teaches Stan the code.

The pair resurrect the act but, after being caught cavorting with fellow ‘carnie’ Molly (Coleen Gray) one night, Stan and the young woman are forced to marry and cast out of the troupe. So, Stan and Molly take the code and psychic act to the expensive nightclubs of Chicago. Stan, being the star of the show, becomes famous but attracts the attention of psychologist Lilith (Helen Walker) and forms a twisted relationship with her that proves to be his downfall. 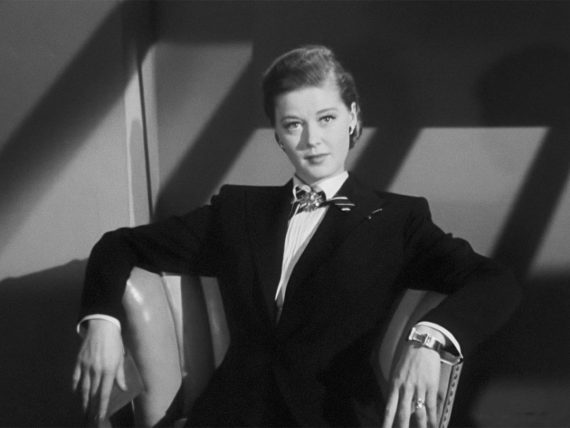 Throughout the film, Stan is only looking out for himself, leading to a story about the dangers of greed and selfishness. We are shown others to be morally corrupt in this way and others (most notably Lillith) but largely only in the middle/upper classes. The carnies may swindle their punters to a degree, but only over a few pennies. They also have a moral code and look out for each other, casting out those that break this code.

Stan isn’t a wholly unlikeable character though, despite his greed and willingness to profit from his deception of others. He didn’t mean to kill Pete and shows remorse over his death. He merely lets his ambitions get the better of him. This makes for a complex and fascinating character that could almost, but not quite, be classed as an anti-hero.

Also keeping Stan from being too unsavoury is the great Tyrone Power. He was known for his romantic swashbuckling roles prior to this, but he does an excellent job of playing the corrupt but nonetheless charming showman who is plagued with guilt over the death of Pete. 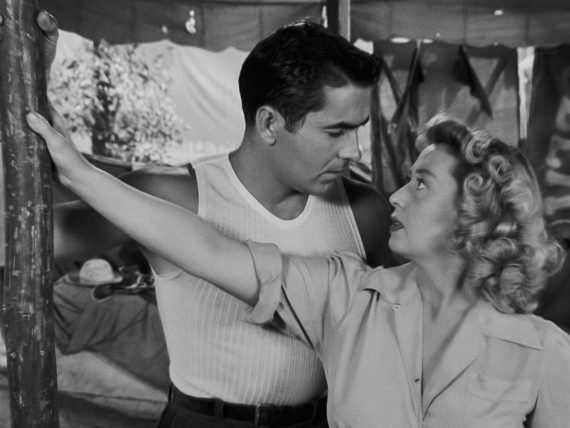 There were only a few Hollywood films explicitly tackling alcoholism at the time (The Lost Weekend being the best-known example) and the issue is taken very seriously here, where many contemporary titles might just use the affliction for cheap gags. Pete’s problem is very effectively portrayed, with a strong performance from the stage-trained Ian Keith.

The film is a little on the long side for a noir (likely due to it not being a B-movie) and hardly races along, though there are few superfluous scenes, so it doesn’t feel unnecessarily bloated. It could perhaps be more tautly constructed though, particularly as the ‘greed is bad’ theme isn’t exactly an original one that warrants a lengthy narrative.

Being a film noir with some splashes of horror (Stan fakes a ghostly apparition later on, for instance) it looks suitably moody. It was beautifully shot by Lee Garmes, who was famous for working with Josef von Sternberg on some of his Marlene Dietrich films. He was among the other classic noir DOPs who were influenced by the paintings of Renoir to use low-key lighting for depth and atmosphere. 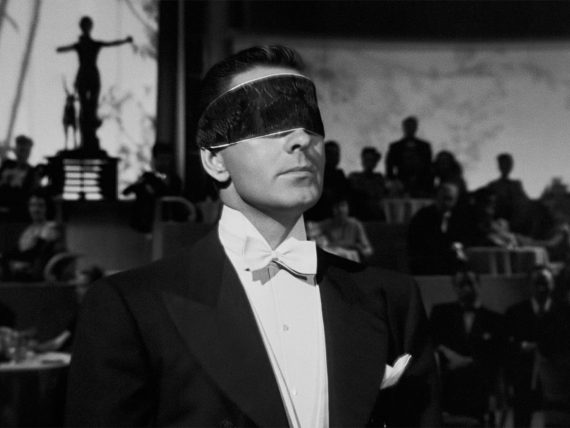 Overall, I’m not sure Nightmare Alley quite lived up to the hype I’d built up whilst waiting for its Blu-ray release, treading some familiar ground and moving a touch too slowly, but it’s still top tier noir and I enjoyed it a lot. Brilliantly performed by its lead and nicely photographed, it’s a fairly slow-burner but, like Stan and his con-man ways, it’s hard to resist.

Nightmare Alley is out now on Dual Format Blu-ray and DVD, released by Signal One Entertainment. Order it directly from the company here. I watched a Blu-ray screener and the picture quality was excellent – clean and stable with a nice natural grain. Reportedly, Signal One sourced their transfer from the same remaster as Criterion on their US disc. I don’t have that to check for certain how similar the end results are, but I’ve taken Signal One’s word for it and actually used screengrabs from the Criterion website in my review as I haven’t got around to getting any from the Signal One disc itself. They look like a close representation to my eyes though.

Audio is solid too. I didn’t detect any issues.

Michael Brooke and Johnny Mains’s commentary is superb. Incredibly well researched, it provides a great deal of background to the film and talent involved, as well as some analysis. They also often describe the differences between the book and the film.

The 2005 commentary with James Ursini and Alain Silver starts off by delivering very similar background information to the other track but thankfully it changes tack after a short while, becoming more analytic with the two contributors in deep discussion about the film unfolding before us. Their opinions often differ, making for another fascinating track, though I slightly lean towards the other as my favourite.

So, whilst there are no documentaries or featurettes, the two commentaries are more than enough to satisfy those with a hunger for extra features on their discs. Highly recommended.