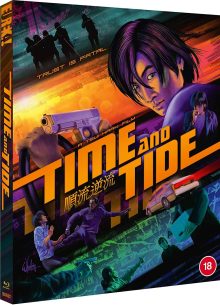 Streetwise bar-tender, Tyler (Nicholas Tse) accidentally gets a lesbian cop pregnant so decides to step up to his burgeoning responsibility as an expectant dad and start earning more money. With this in mind, he goes to work for his Uncle Ji (Anthony Wong) as a bodyguard in order to up his earnings, not that his new ‘girlfriend’ is impressed by his cash donations – one bundle even ends up being torn-up by the dog!

While he’s working for his Uncle, Tyler meets ex-mercenary, Chow (Wu Bai), whose new wife is also pregnant, and who is also going through a quandary about what to do with his life; mirroring Tyler’s own uncertainty. Both want to make fresh starts and do the right thing for their beloved; and, yes, Tyler has fallen for the cop with the ‘bun in the oven’. 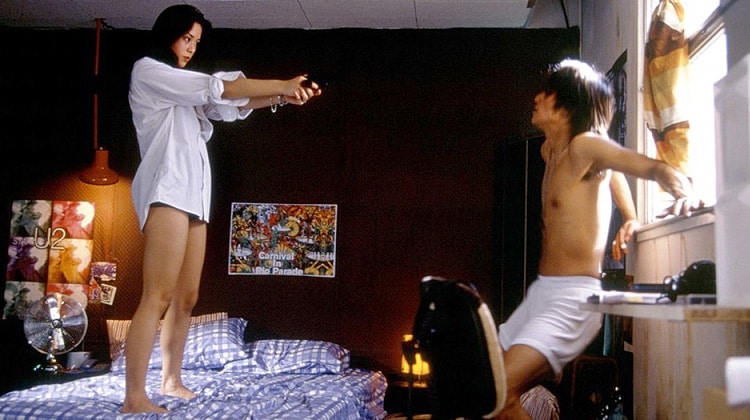 As the two men bond over personal circumstances they soon find themselves working together to foil an assassination attempt on a client; although it’s not long before they find themselves on opposite sides of the situation, a fact which rapidly pushes them towards a deadly confrontation.

Time and Tide (which sort of means ‘modern protecting the dark’ in Chinese, according to Tsui Hark during his audio commentary) feels like a throw-back to Hong Kong action thrillers of the mid-nineties, in both its styling and the actors that it uses. Hark pays homage to other Chinese and Western filmmakers, including Ridley Scott and Stanley Kubrick. There’s also a religious theme/angle running throughout the film, encapsulated by Tsui Hark’s own voice playing the narrator (apparently Nicholas’s voice wasn’t quite what Hark wanted).

‘King of the Category III films’, Anthony Wong, plays a sort of good guy here, although his methods are a bit dubious… Meanwhile Tse and Bai bear the weight of the production and give solid performances from different sides to the same coin, in terms of character. The women are rather short-changed here with none of the female cast really being able to stand out; no one’s bad, they just don’t have much to work with.

Unfortunately, Time and Tide is the sort of film that you have to watch with rapt attention otherwise it’s easy to miss important information, and the story narrative is hard to follow, plus the fast cutting and hand-held camera style are often distracting, which doesn’t help.

As one would expect from a director of Tsui Hark’s calibre, Time and Tide is very kinetic and is frequently exciting, despite being confusing for the viewer at times. The action is well done and some of the stunt-work is incredible, and looks to have been very dangerous to do. The whole abseiling down the inner section of a slum block of flats is really well orchestrated and builds up the tension nicely. There are some impressive acrobatics on display and Hark lets loose with some Sam Raimi inspired camera moves that reminded me of the early Evil Dead films. 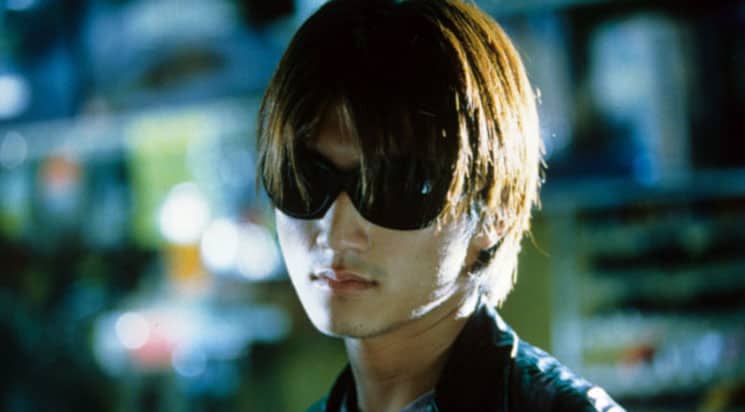 Some plot contrivances are laughable such as when Chow places a plastic bag over his head to protect himself from the gas fired into the building he’s hiding out in, and it’s unlikely Tyler would be protected from a gas explosion by cramming himself in a fridge. But this is a crazy action film so who cares!

If you can ignore some of the cheesier love elements, the bad CGI, vaguely coherent plot and the crazy editing then there’s still plenty to enjoy with Time and Tide.

Eureka! is distributing Time and Tide on Blu-ray. The extras that come with this release include:

Audio Commentary by writer, producer and director Tsui Hark, during which he reveals such facts as there are several different versions of the film and that the credit sequence is unusual for a Hong Kong film.

Audio Commentary by Asian Film expert Frank Djeng from the New York Asian Film Festival, who talks about the background, and often the personal life, of the people involved with the film, and about individual scenes, as does Hark. 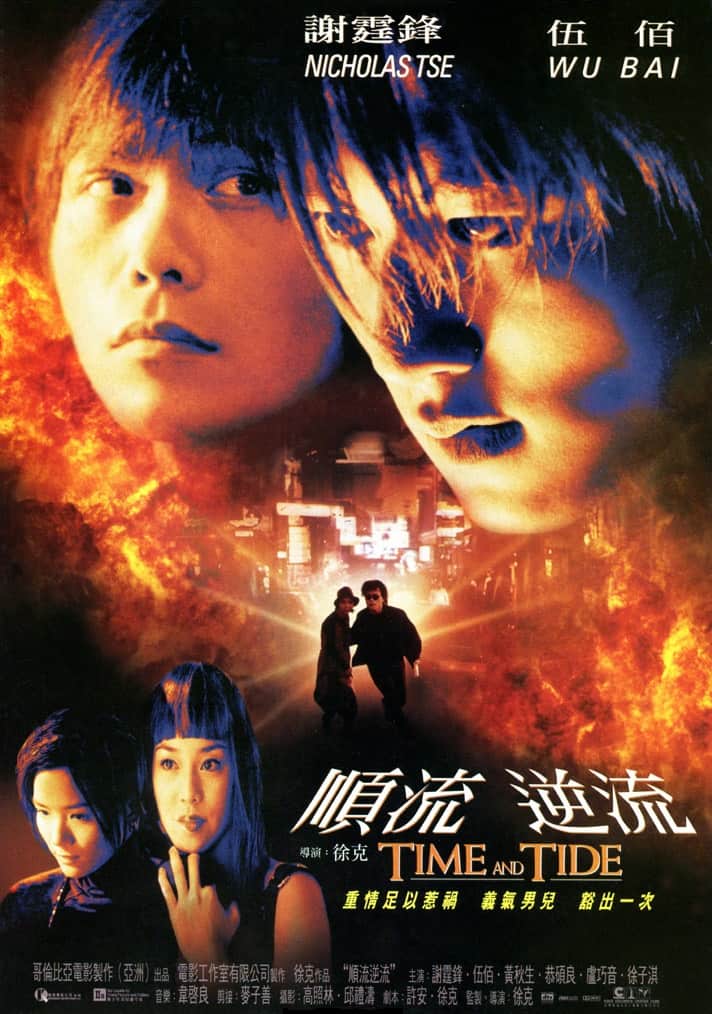