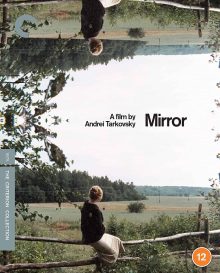 Slowly working their way through releasing the films of Andrei Tarkovsky on Blu-ray in the UK, Criterion have now landed on Mirror, his fourth feature, originally released in 1975. Having already reviewed the director’s autobiographical classic during my trawl through Artifical Eye’s releases of Tarkovsky’s work back in 2016 (you can look through the site’s archives of the director here), I figured I’d simply repost my thoughts on the film itself. Rewatching the film again on this new disc, my feelings haven’t changed much, but the extra features are another matter altogether, so I’ve provided a new review of those at the bottom of the page.

Mirror unfolds as a series of dreams and memories, as a dying man, Aleksei (voiced by Innokentiy Smoktunovskiy), recalls his childhood, particularly time with his mother, as well as his relationship with his wife/partner and son, and other moments in his life which stood out. It’s a deeply personal work for the director, reimagining aspects and memories of his own life. His father provides the poetry read out over various scenes too. The history of Russia during the time of his life also plays a part. 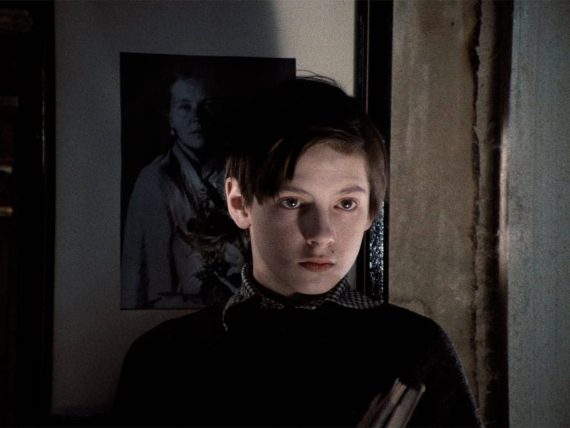 So, as the description probably alludes, the film reminded me a lot of Tree of Life. Like Terrence Malick’s film, this eschews an obvious narrative for a collection of fragments of life in all its forms – love, fear, sadness, joy, albeit without the dinosaurs and big bang sequences. In particular, Mirror examines how those around us (largely our parents) help make us what we are, possibly more than we do ourselves, and how our actions affect our children’s lives and personalities. These themes are particularly prevalent due to the fact that the focus of most of the scenes seems to be on Aleksei’s mother, wife and occasionally son, more than on the man himself.

Like in Tree of Life, if not more so, this isn’t simply composed of straightforward flashbacks though. Some of the memories are distorted and blend with dreams, leading to some very surreal sequences. These provide some of the film’s most memorable images. A crumbling, wet house shown falling apart in slow motion, a burning house on a rainy day and a woman floating high above her bed as she sleeps are some of the shots I won’t forget in a hurry. 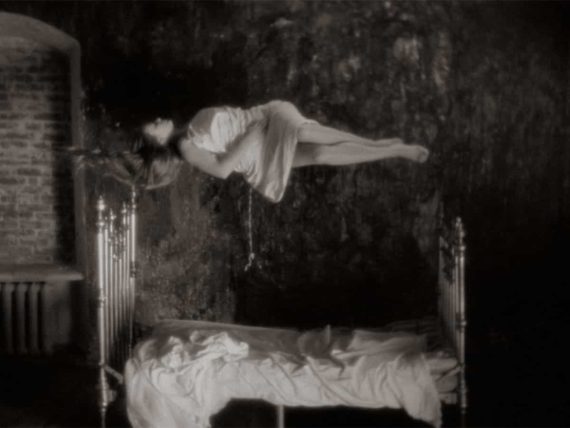 As is to be expected from Tarkovsky, the craft on display is second to none. There are various stylish cinematic techniques used here, particularly in the more surreal sequences, from slow motion to Tarkovsky’s usual gracefully sweeping camera moves. There are a mixture of stocks and colour schemes used between sections too, paving the way for a rich visual feast. In a couple of sections where memories turn to big national or world events like the war, stock/newsreel footage is used too. I thought this was a nice touch, as these were memories shared by many. Tarkovsky also makes good use of the elements, with standout shots utilising wind, fire and water to great effect. 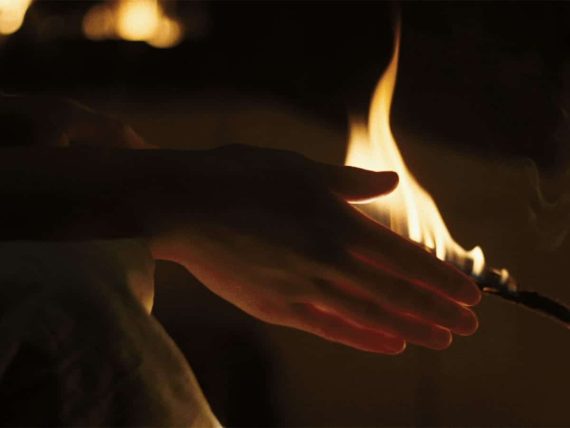 Mirror is a hauntingly beautiful enigma of a film, an intricately woven tapestry of memories. I’m not entirely sure what was happening half the time, but was strangely drawn to it nonetheless. It’s a film I look forward to revisiting to delve further into its mysteries. It won’t be for everyone and I didn’t totally fall for it in the same way I did with Ivan’s Childhood and Andrei Rublev, but Tarkovsky’s deft hand behind the camera still impressed.

Mirror is out on 26th July on 2-disc Blu-Ray in the UK, released by The Criterion Collection. The picture quality is exquisite. No damage is present and the image is crisp and richly detailed. The black and white scenes are particularly sharp. Audio is equally rich and robust.

It comes with an impressive selection of extra features. These include:

– New 2K digital restoration, with uncompressed monaural soundtrack on the Blu-ray
– Andrei Tarkovsky: A Cinema Prayer, a 2019 documentary about the director by his son Andrei A. Tarkovsky
– The Dream in the Mirror, a new documentary by Louise Milne and Seán Martin
– New interview with composer Eduard Artemyev
– Islands: Georgy Rerberg, a 2007 documentary about the cinematographer
– Archival interviews with Tarkovsky and screenwriter Alexander Misharin
– New English subtitle translation
– PLUS: An essay by critic Carmen Gray and, for the Blu-ray, the 1968 film proposal and literary script by Tarkovsky and Misharin that they ultimately developed into Mirror
– New cover design by Nessim Higson

Andrei Tarkovsky A Cinema Prayer is a feature-length film (thus the 2-disc set) made by his son Andrei A. Tarkovsky. It uses the words of Tarkovsky through interview audio and narrated excerpts of his writing to discuss his life, work and philosophies, played out over a mixture of clips from his films, some new symbolic material and plenty of archive photos, footage, sketches and storyboards. It has a poetic quality the elder Andrei would have been proud of and provides a rich and thorough examination of the director through his own words. 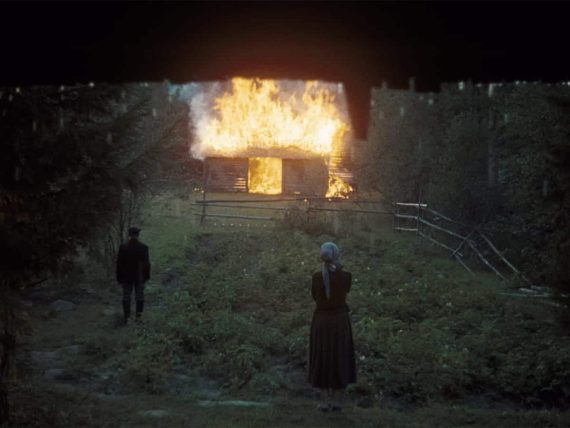 The Dream in the Mirror does an exceptional job of deconstructing Mirror, helping make sense of its many elements and unusual approaches through a series of interviews with critics, filmmakers and Tarkovsky’s sister. Running close to an hour, it’s a rich and vital part of the set.

Islands is a portrait of cinematographer Georgy Rerberg. During its 50-odd minutes, the documentary runs through a number of his key films, one by one, including sections on Mirror and Stalker, which Rerberg began working on but left due to disagreements between him and Tarkovsky. The documentary is worship-heavy but still discusses the man’s flaws and the Stalker section is particularly eye-opening.

In the 22-minute interview with composer Eduard Artemyev, he describes how he worked more as a sound designer (before the role was acknowledged) on the film as Tarkovsky didn’t want much actual music composing, but wanted someone to make the sounds of the film otherworldly with subtle atmospherics used throughout. Artemyev also discusses his work on Solaris and Stalker. It’s a fascinating interview that helps better appreciate the use of sound in Tarkovsky’s films.

The 32-minute interview with screenwriter Alexander Misharin is an enjoyable piece packed with anecdotes as well as detailed descriptions of his and Tarkovsky’s creative processes. They were good friends so he has a lot to tell about the director and seems pretty honest about him.

The two archive interviews with Tarkovsky are only short but it allows the director himself to describe Mirror, as well as cueing up Stalker, which was in production (or at least pre-production) at the time.

I didn’t receive a copy of the booklet unfortunately, but nevertheless couldn’t recommend this package strongly enough. The transfer is beautiful and the extra features lengthy and dense without overlap.