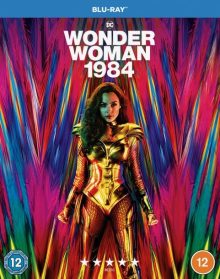 WW84 (as it chooses to refer to itself) is in a bit of a strange place as a superhero film and part of the larger pantheon that is the DCEU series (what’s left of it) as it sits in the middle of everything. It’s a sequel to the first Wonder Woman film of 2017 and yet also a slight prequel to everything else in the series (taking place thirteen years before ‘Man of Steel’) yet it chooses not to acknowledge the latter and instead focus on its own story for Wonder Woman without any ties to future timeline narratives. The response to ‘Justice League’ in 2017 essentially saw an end to the overarching grand design of the DCEU and so the subsequent films following its release decided to become more self-contained and remove themselves from the box office failure as much as possible. Free from the narrative structure that was in place up to that point, the creators were able to establish their own stories in continuing the journeys of the characters involved. In ‘Aquaman’ in 2018 they focused on the characters origin story that follows on from the events of ‘Justice League’ and its relation to the larger whole is nothing more than a few exchanges of dialogue and here they go one step further by picking a decade that makes for an entertaining setting and also no commitments to anything that occurs further down the line and much like ‘Aquaman’ and ‘Shazam’, this too feels like the superhero films of the early 2000s where the main focus was to have fun but are now much more well made. 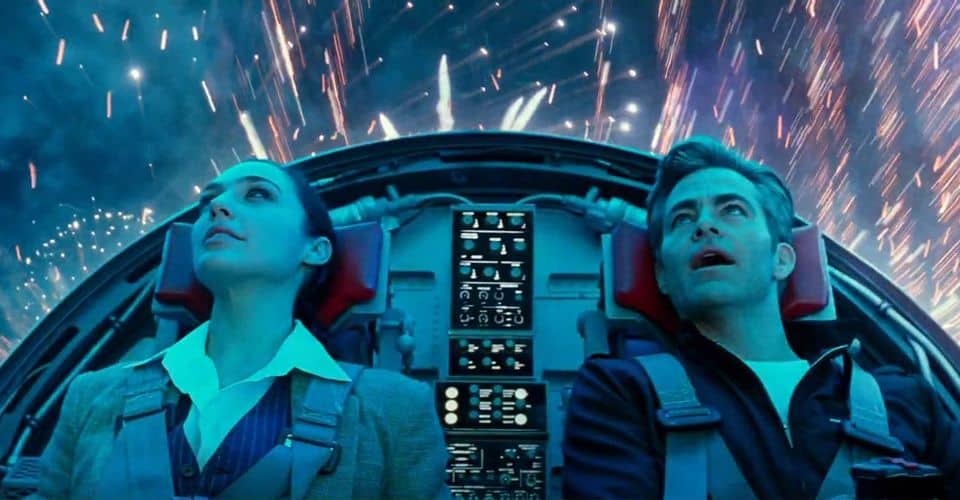 The story follows on from the events of the first film and finds Diana Prince/Wonder Woman (Gal Gadot) in the 80s protecting the people and fighting crime in secret (as much as possible) so as not to gain attention for her abilities and the opening criminal heist sets in motion the course of the film as the main item in question that’s stolen is an ancient object called the Dreamstone that grants wishes with a catch which leads to everything beginning to spiral out of control. Eventually, Diana must choose between what she wants and what she needs to do in order to save the day. It’s a film that focuses on the personal journeys of its characters and the choices they make which leads to the narrative progression. It sees the return of Steve Trevor (Chris Pine) who returns after the closing events of the first film and becomes the main struggle that Diana has to face in coming to terms with it being too good to be true. For the villains of the piece, there’s Barbara Minerva/Cheetah (Kristen Wiig) and Maxwell Lord (Pedro Pascal), the former being the first time the character has been seen on the big screen in full transformation (tail and all) and the latter being the best character in the film as Pedro Pascal steals the show with a performance that’s incredibly entertaining to watch and makes the film more entertaining for his time on screen. 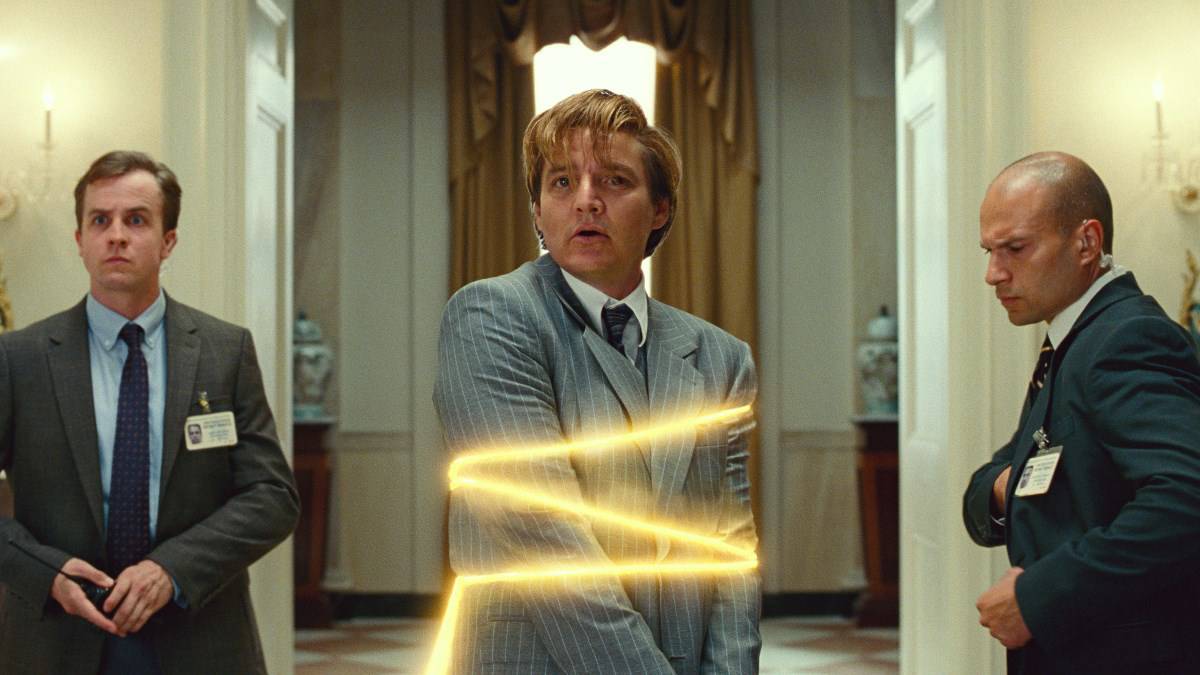 Whilst it still suffers from the drawbacks of any type of prequel narrative (in that whatever story you choose to tell, by the time the credits roll everything must be back to normal) as well as the fact that the negative reception of ‘Justice League’ had such an impact on the atmosphere and style of DC films up to that point, the films that followed have been able to break free of that initially brooding nature and so WW84 is a lighthearted piece of cinema but it’s a hard one to pin down when it comes to a side of the fence to sit on for its entertainment value as for every moment of enjoyment it does something that seems out of place with character development, themes and events even going so far as to do something strange on the main score of the film – that even with an incredible composer such as Hans Zimmer (who came out of retirement from superhero score compositions for this and ‘X-Men: Dark Phoenix’) – with one scene that uses a piece from another film entirely, that being the incredibly recognisable main theme from ‘Sunshine’ composed by John Murphy that you’ll recognise when you hear it from its use in other films such as ‘Kick Ass’. Going into more details about these moments involves going into spoilers though and so I’ll stop there for now. The best way to describe it all is that it’s a fun Sunday matinee type of film and even though it has a few pitfalls, it’s a very easy film to watch as it all unfolds. 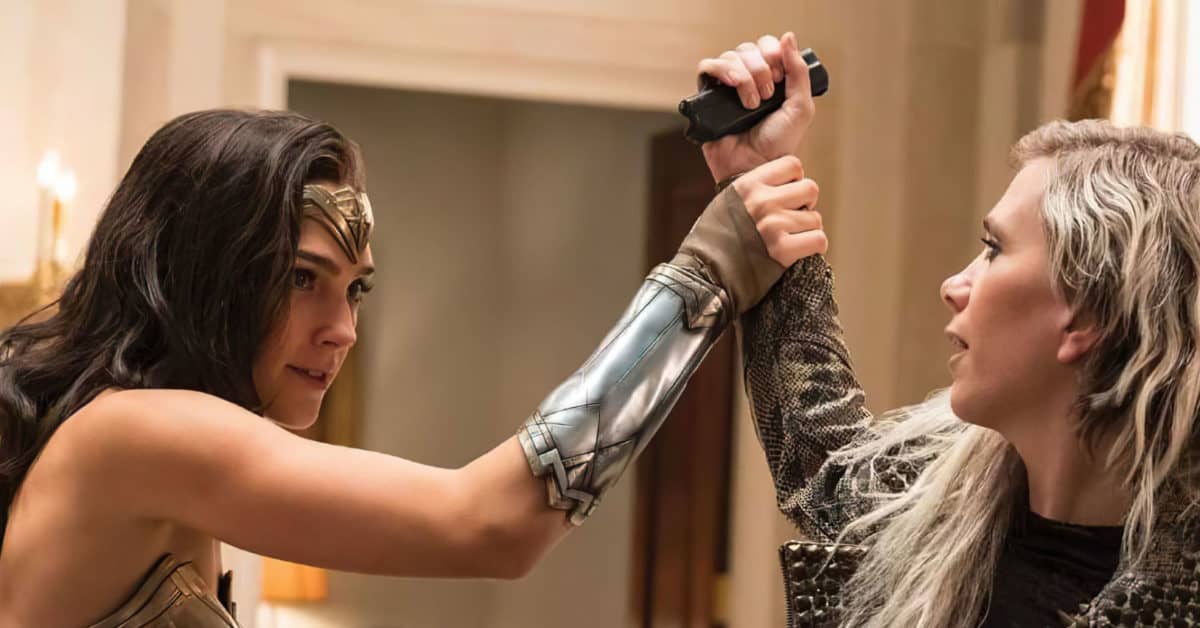 Not just being content with it being set in the 80s, there’s a vibe that flows throughout the film that makes it feel like a film of that era much like the early Christoper Reeve ‘Superman’ films and although there are moments in the film that feel more like they were made for a tv movie with certain ropey special effects and shot selections there is still fun to be had. Even though the film doesn’t need to exist or more specifically several elements of its contents, the key focus was to create more for the characters on the big screen and whilst it holds debatable value (based on your own personal views on comic book films) I found it to be an enjoyable film once the credits had rolled. The critical reception of the film was middling towards negative but I can safely say that if you want a light-hearted superhero film where you don’t have to worry about a larger universe then this is a solid choice but maybe wait for it to be on a streaming service if you’re wary.

The first thing I noticed when putting the disc in, was that on the main menu the special features are instantly visible on the right side of the screen. Maybe it’s just that I haven’t looked at a recent WB release in a while but it almost feels out of place.

The extras on offer unfortunately fall into the trap of being too promotional, overshadowing the information they provide which is actually informative and interesting when it gets the chance to express it. It feels like it was originally one long making of that has been split up into shorter pieces and it’s a shame that there isn’t an option to play all together.

It’s a very light making that showcases the inception of the film and what the creative team wanted to do with it but at times that it falls into the territory of promotional fluff about how great everything is. That being said it does go into the origins of characters and events in the film that go back to the original comic storylines and reveals their intent to have as much action in-camera without too many special effects which when looking back at the film makes it feel less like an over the top effects-heavy superhero offering.

A short piece on the friendship that built up between Gal Gadot and Kristen Wiig whilst on set and how they interacted during fight scenes.

One of the more interesting features on the disc, as it looks at the stunts that were performed by young Diana actress Lilly Aspall without the use or inclusion of a stunt double as she takes part in the competition at the beginning of the film. It serves as a nice reminder that as superhero films have become too laden down with CG character replacements, one person can make it all look more real and relatable.

These short pieces focus on one of the action set pieces of the film and how they wanted to do as much as possible in-camera as they could before the inclusion of CGI including the use of wires for running and the flipping of vehicles showcasing the evolution from storyboards to the final vision.

The Mall study reveals that all of the shops that were included were fully stocked with items unique to the period, more than are ever seen on screen and its moments of information like this that would have been great to into more detail on them with the special features. The set and costume design inclusions also have a bit of time to shine revealing more of the work that went into creating the authenticity of the setting.

These features are simply short, fun and a nice inclusion.

The best bonus feature on the disc is a zoom call interview focusing on the actors and performers involved in the opening Amazon Games section of the film featuring director Patty Jenkins and other members of the cast and crew involved. This was filmed during the pandemic lockdown and speaks to the women that played the Amazons about themselves and their experiences on set whilst training for the scene and the filming of it all. It also features interviews with some of the crew focusing on set design and the stunts that took place. A complete polar opposite to an overproduced ‘making of’ this panel brings out the passion that those involved had for the project and the love and excitement that went into making the film.

Out of all the special features on the disc, this is the one that encapsulates what the film is and in this remix of the original television opening titles features the films cast and characters with various clips, it showcases how much the decade was an influence on the film and the way it all comes to life.

Picture and audio quality are wonderfully impressive as expected for such a high profile film so there’s no need for doubt here. As the set pieces escalate through the film they all look and sound incredible.

Wonder Woman 1984 may have its flaws but the film is entertaining when you know what to expect and the package itself reveals a decent amount of information on the making of the film.