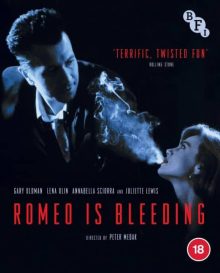 The 90s were a time of emerging technology and new ideas. The world of music was embracing the world of technology with abandon as new genres of music flared up on a regular basis. The world had recently experienced a hit on major crime as well-known mafia boss, John Gotti had been sentenced to life in prison for murder, extortion and tax evasion amongst many others. Fashion trends and choices were getting more questionable as time progressed.

The world of film was undergoing a strong neo-noir renaissance during this decade. It created a clash of old film making hands while giving new blood the platform to express their admiration and love for cinema (and all things creative) through often quite violent films. Names like Quentin Tarantino, David Fincher, Kathryn Bigelow, Abel Ferrara and the Coen Brothers would go on to mega-stardom over the coming years.  Juxtaposed to this were big names who were trying their hand at showing the young pups the way – Tony Scott, Robert Altman and, most notably for this review, Peter Medak.

Fresh off the ‘success’ of the biographical drama The Krays, Medak was handed the keys to a script that tells the story of a bent homicide detective Jack Grimaldi (played by Gary Oldman), who sells information to the local mafia boss Don Falcone (played by Roy Schieder). Grimaldi is comfortable with his lot as he builds his wealth at the expense of people he considered bad guys until the collateral damage of a few innocent policemen and federal agents weighs on his conscience. Enter the perpetrator of his unease and future warden of his destiny, the female assassin Mona DeMarco (played by Lena Olin)

The film centres on the relationship between Jack and Mona as Oldman is manipulated both intellectually and sexually by the imposing female lead. Complicating matters throughout are the female relationships that Jack already has in his life. He is married to Natalie while maintaining an ongoing relationship with Sherri (played by Annabella Sciorra and Juliette Lewis respectively). 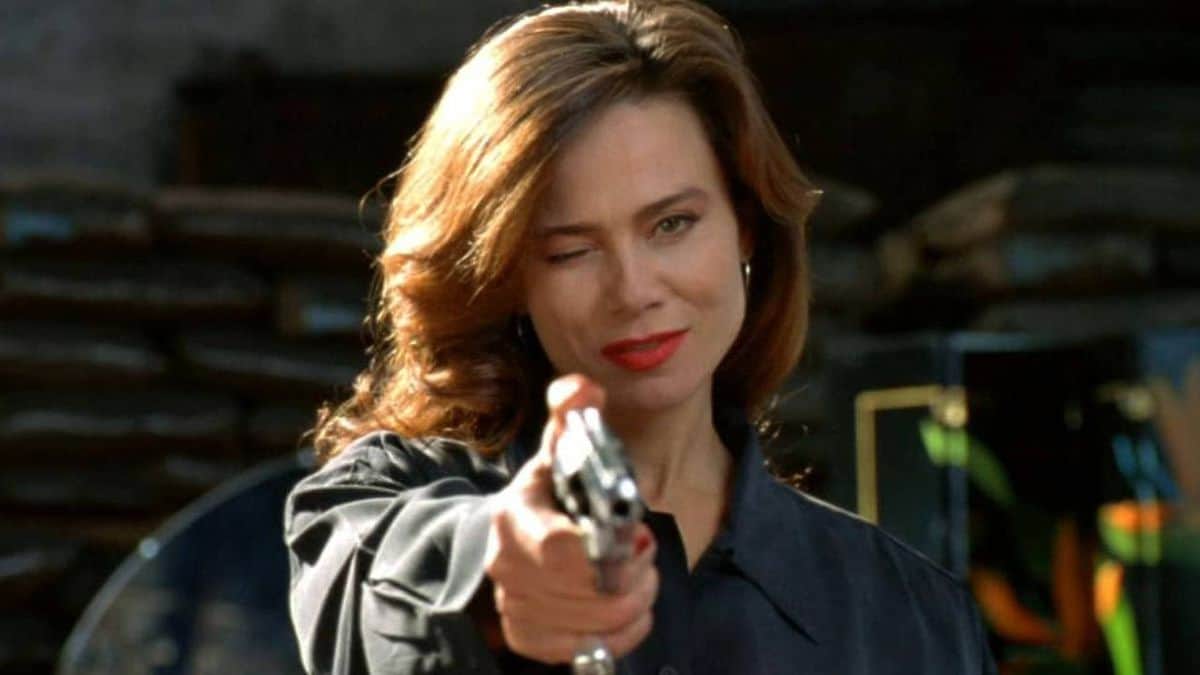 Jack’s vices are clearly on display from the outset. As depicted by the sleazy jazzy soundtrack, he is clearly a deeply flawed character and it is perhaps to the film’s downfall that we are never really made to empathise with him. He is a patsy who is manipulated and played with by those around him. Given how the character is written, it is interesting that Gary Oldman was cast. Oldman at this stage of his career was in full and overblown overacting mode. It fits the character’s descent as his problems and past crimes complicate his future, but Jack is shown as a popular and confident colleague in numerous scenes. It leads the film into being portrayed in a much stronger comedic (although definitely dark in tone) sense than it initially appears. Olin matches Oldman on screen as the maniacal and manipulative provocateur. Cackles of laughter and a sense of derangement about her actions play out throughout the film. While both performances are brilliant, it does seem to contrast with the serious overtones of the gangster mafia story it seems to be portraying. The film employs a (unreliable) narrator to provide context to each scene. The cool and calm delivery mixes with the schizophrenic nature of Jack’s actions. It forms a strong through-line that resolves as the film progresses.

This disconnect played out in both the critical and commercial reception at the time. The film was considered a massive flop, only recouping a third of its original budget at the box office. However, it has aged much better than many other films of the time, possibly due to the multitude of themes and ideas that are presented. It certainly helps that Oldman played many similar characters in the coming years and built up a reputation as the flawed unhinged protagonist (or antagonist as the film demanded).

For all of Oldman’s power though, it is the female performers that really afford the film its finest moments. Every time Olin, Lewis and Sciorra are on screen, the film finds its voice. Each woman represents a facet of Jack’s personality and wishes and again adds real depth to the overall piece. The power of the female characters is maybe unsurprising given the film was written by a woman, Hilary Henkin, and given the events of recent years, I was delighted that the commentary track really delved into this in detail (more on that below).

In the end, this violent neo-noir may not have hit the highs that were hoped for at the time. But time is a great healer. While Romeo may have been bleeding in both body and soul the film has found redemption in a more knowledgeable and empathetic world.

Special Features
Audio Commentary by Alexandra Heller-Nicholas
I am delighted to see more from Heller-Nicholas as she is gaining notoriety and appreciation of her analysis. The initial section of the commentary delves into the agency of the female characters, especially in the context of Sciorra’s involvement in the Weinstein conviction. As we progress through the film, the female characters are probed as a contrast to Jack’s nature. On a scene-by-scene basis, Alexandra uses her own views, critical appraisal of the film by others and historical context. While some consider these one person commentaries dry and lacking in humour, the analysis and appraisal is exactly what this release needs to expand on many of the themes found within. While Heller-Nicholas goes into many feminist issues, as explained above, I feel the female characters and themes are where the real interest lies in the piece. Your mileage with that may vary.

Medak on Medak: An interview with Peter Medak (42 minutes)

This is a Zoom interview with the film maker himself as he chronicles the influences on his career. It was interesting to note the literary and classic influences on a man born in Hungary, even from an early age. He goes on to describe his memories and experiences of making the feature itself. The one-sided nature of the interview means the use of images and clips is necessary to keep the pace flowing.

Booklet
The booklet contains two essays which provide an analysis of the film and a look at the history of the bad cop. Both are enlightening and provide a good context for the characters in Romeo is Bleeding while providing the reader with ample examples of where to go next to catch more of the same. Each essay is interspersed with many stills from the set and film alike. In addition, there is also a biographical look at the career of director Peter Medak, from his humble beginnings as a ‘dogsbody’ to his first forays into TV and film direction. The booklet adds immeasurably to what is already a well fleshed out release.

Once again, BFI deliver another strong release, highlighting a film that deserves a second look. It is a well-rounded release with good attention to the types of additional material needed to supplement a film with so many diverse themes, many ahead of their time. It is released on Blu-ray and DVD from BFI on Monday March 8th.