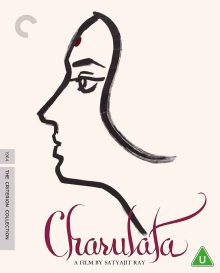 I’m quite a latecomer to the work of Satyajit Ray. I watched Devi around 10 years ago and loved it, but I’ve only gradually seen a few more of his films in the years that have followed, just his much-loved Apu Trilogy (which I reviewed last year), and The Music Room (which I also reviewed). Each and every title I’ve seen from Ray has been fantastic though, so I’ve been keen to delve further into his filmography. Helping me do just that are Criterion, who are releasing one of his most respected films, Charulata (a.k.a. The Lonely Wife), on Blu-ray in the UK.

Charulata is one of Ray’s three adaptations of the work of the great Indian literary figure, Rabindranath Tagore. Ray also made a documentary about the Nobel-Prize-winning Tagore in 1961, so the director was clearly a great admirer of the man. Ray’s father had been a close friend of Tagore’s too and Ray enrolled at his ‘World University’ as a student.

Based on Tagore’s novella, ‘The Broken Nest’, Charulata is set in Calcutta in the late nineteenth century. The titular character, nicknamed Charu (and played by Madhabi Mukherjee), is the wife of the wealthy Bhupati (Sailen Mukherjee). He’s begun publishing a political newspaper called The Sentinel and all his time and energy is put into that, leaving Charu wandering around the house, whiling the hours away reading books, playing cards and watching the neighbours from her window. 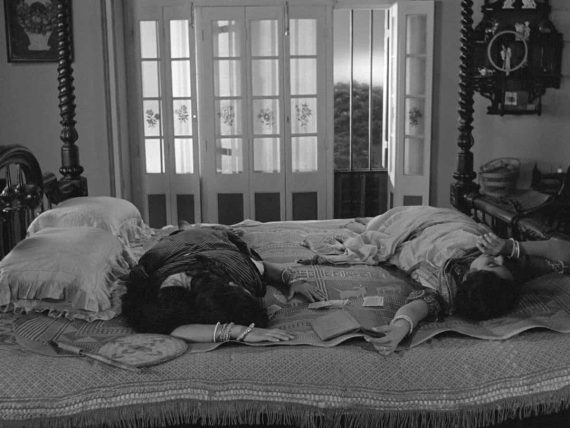 Sensing his wife’s loneliness, Bhupati invites his brother Umapada (Shyamal Ghoshal) and his wife, Mandakini (Gitali Roy), to stay in the house for a while, offering Umapada a job managing the finances of The Sentinel. The old-fashioned, ill-educated Manda proves a poor companion for the intelligent, forward-thinking Charu though.

Charu’s life changes, however, when another house-guest, her cousin-in-law Amal (Soumitra Chatterjee) comes to stay for a couple of months. Unlike the serious, hard-working and politically driven Bhupati, Amal is a free-spirit who loves literature, art and music. Bhupati asks his cousin to encourage Charu to write as he remembers the letters she’d written in the past being very good and knows Amal is much better versed in that style of literature.

Amal agrees to help, but Bhupati asks that he doesn’t let Charu know he put him up to it.

During their time together, Charu indeed becomes inspired to write, but also falls in love with Amal and, eventually, he reciprocates. They don’t openly act on this love but things become complicated when Bhupati falls victim to embezzlement from someone close to him. 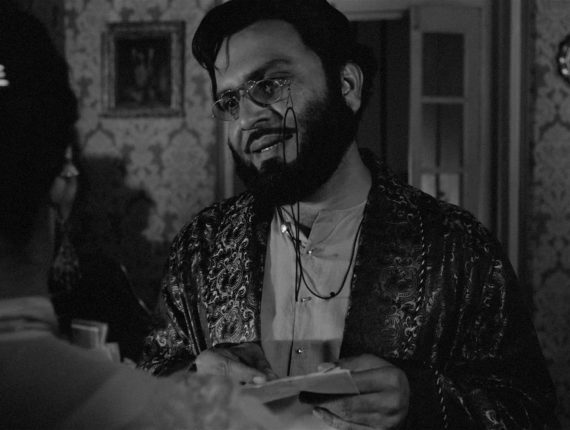 As ever, Ray adopts a humanist approach in his film, bringing naturalistic, relatable drama out of his characters and situations, without being afraid to inject humour and vitality into the work. The central relationships are subtly and sensitively portrayed too, using visual storytelling, for the most part, as well as the strength of the performances. Close-up glances and suggestive montages tell the audience what they need to know, rather than torrid love scenes or melodramatic arguments. There are a couple of big outpourings of emotion but these are relatively brief and handled sensitively, allowing for dramatic vents to the simmering tension elsewhere in the drama.

I also appreciated that the husband wasn’t made out to be a monster. He’s a kind and pleasant man that cares about his wife. It’s only the fact he’s overly obsessed with and dedicated to his newspaper that causes problems.

Ray’s visual storytelling also effectively portrays Charu’s loneliness and boredom. The early scenes of her pacing around the largely empty house are perfectly pitched, immediately setting the scene, both of her palatial surroundings and day-to-day tedium. 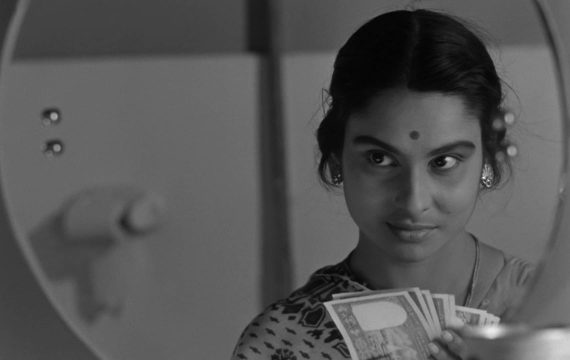 Charulata isn’t simply about a lonely woman finding love though. The film is possibly even more effective in examining art, inspiration and their links to passion. Amal doesn’t just ignite Charu’s heart, but he unlocks her great ability and desire to write and express herself. Once again, Bhupati isn’t left out of this side of the story either. He is blind to art and literature but has his own great passion, his newspaper. He even calls it Charu’s ‘rival’ on a couple of occasions.

Indian history and politics come into play too. With The Sentinel being a political paper and that being the great love of Bhupati, there is a fair amount of discussion surrounding the issues of India at the end of the nineteenth century, particularly its relationship to the British Empire. Ray’s films often touch on the clashes between tradition and modernity and this is no different, examining the western influences on India, with Bhupati often speaking and always writing in English and adopting British styles of fashion in his clothes and the decor of his house, whilst Charu reads Indian literature and writes of her youth in a small village.

From a technical standpoint, the film is excellent too. It’s beautifully shot, with a lot of movement and careful, thoughtful framing and focus-pulling. Along with the editing, the cleverly conceived cinematography does a lot of the storytelling legwork. 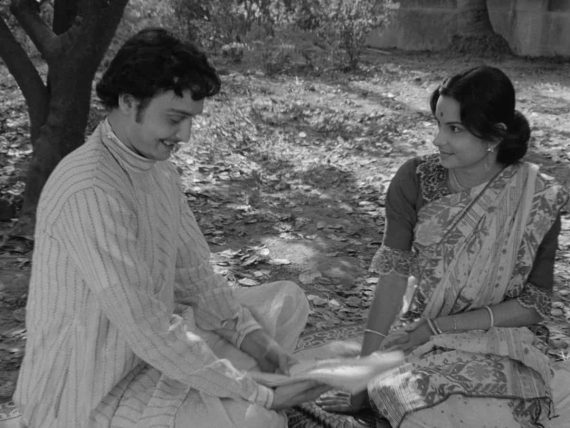 The film’s music is wonderful too. The score (by Ray himself) is elegantly used and a few songs are also included, the lyrics for which were all written by Tagore. The songs are used diegetically, though one has an unseen backing band kick in whilst Charu and Amal dance together, so the sequence comes across as the closest Ray came to the world of Bollywood (in my limited experience with the director at least).

Overall then, it’s a beautifully crafted, seemingly simple but richly textured story of love, passion and inspiration. Sensitively told through cinematic technique and subtly powerful performances, it’s film artistry at its best and another classic from Ray.

Charulata is out on 5th April on Blu-Ray in the UK, released by The Criterion Collection. It looks very good. Some segments are a little soft perhaps and lacking in detail in the darker areas, but overall it’s a pleasingly natural image that’s clear of damage. The audio suffers from a little background noise during dialogue scenes, but this is common with many films from the era.

The interview with the lead actors provides stories about how Ray worked with his cast and their thoughts on him and his films.

The ‘Adapting Tagore’ piece offers both thought-provoking analysis and background on the film’s source material.

Ray’s interview is quite short but looks at the theme of modernity versus tradition in his films, so is an interesting piece.

It’s not one of Criterion’s most special features-heavy releases then, but everything included is of great value and the film itself is excellent, so it comes highly recommended.