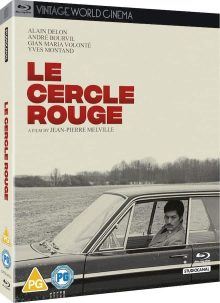 Jean-Pierre Melville was a bit of a one-off that never quite fit into the French cinema mould of his time but fiercely stuck to his guns to create his own unique brand of films. When he got started, after being part of the Resistance during WWII, he was refused a licence to become an assistant director. At the time, working your way up from this role was the only way anyone became a director in the studio system. However, Melville, undeterred, went out and made his own short films. This soon led to his first feature in 1949, the superb Resistance drama Le Silence de la mer, and, after this, he set up a studio, Studios Jenner, to continue producing his own independent films.

With his 1956 film Bob le flambeur, Melville made his first gangster movie, paying tribute to American noir whilst also helping pave the way for the forthcoming French New Wave with its groundbreaking style. His work never totally fit the New Wave mould once it kicked into gear in the early 60s though, despite being loosely associated with it. Instead, he made a number of other stylish, minimalist crime dramas, as well as a couple of films once again tackling the French Resistance. The last of these was Army of Shadows (a.k.a. L’armée des ombres), which many believe to be his greatest masterpiece and clearly a very personal project. At the time, however, it was a bit of a failure, as it cost a lot of money to make and wasn’t as commercially successful as Melville would have hoped.

So, for his follow up, the director went back to his well-honed gangster formula, with Le Cercle Rouge. It proved a sensible move as it was a big hit, becoming the fifth most successful film in France that year and Melville’s biggest box office success overall. It was also well received by critics and, over time, has become one of his most beloved titles. However, it proved to be one of his last (after Un Flic), as he tragically died of a heart attack in 1973, aged only 55. 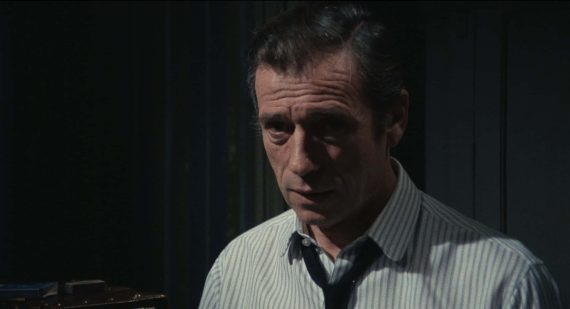 Melville has remained a respected figure in French cinema and Studiocanal are bringing Le Cercle Rouge into the 2020s with a 4K UHD release and newly remastered Blu-ray and DVD editions. I first saw the film a few years ago and was blown away, so took up a screener offer as a good excuse to watch it again.

Le Cercle Rouge opens with Corey (Alain Delon) being released from prison early for good behaviour. We flashback, however, and see that, just before he left, he was offered the chance to pull off a potentially lucrative jewellery shop heist by one of the prison guards. He’s initially reluctant, as he’s not keen on taking any risks after his time behind bars. However, his arm is twisted and he heads off into the world with a plan to pull off the heist at the back of his mind.

Around the time of Corey’s release, detained criminal Vogel (Gian Maria Volontè) is being transported by train with Commissaire Mattei (Bourvil). Vogel makes a daring escape during the journey though and flees through the countryside. He hides inside the boot (trunk to any Americans reading this) of a car parked at a service station whilst the police close in on him. 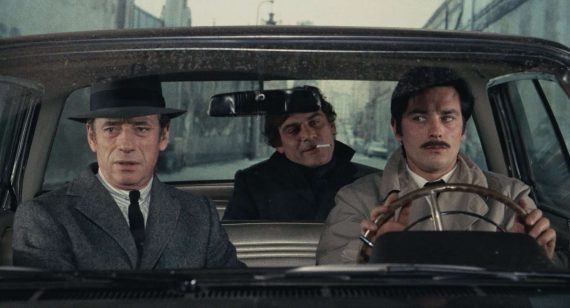 The car, we discover, is owned by Corey, who sees Vogel get in before he drives off. A little further down the road, he saves the fugitive from being picked up at a police roadblock and this favour is returned when Vogel saves Corey from execution at the hands of a couple of goons sent by Rico (André Ekyan), a criminal he’s ripped off. The sense of respect between each other causes the pair to decide to join forces to pull off the jewellery heist. They need another hand on the job though, a skilled marksman. This comes in the form of Jansen (Yves Montand), an ex-CID Policeman who’s now an alcoholic suffering from disturbing hallucinations. The heist gives him the impetus needed to dry himself out.

As the trio prepares for the job, however, Mattei slowly closes in on Vogel and Rico plots revenge on Corey.

I adore this film. The style plays very much to my tastes, which helps, taking notes from American noir (Melville was a great lover of all things American) with the criminal underworld setting, trilby hats and trenchcoats, but giving it a very French, arthouse twist, with its minimalism, careful composition and use of locations.

Melville was a master of mise-en-scene, most notably, as one contributor notes in a documentary included on the disc, in how he positions actors and has them move and perform within his frames. It’s a type of choreography, if you will. First assistant director Bernard Stora says how the crew was always wondering what Melville would come up with on set, as, on paper, scenes often didn’t seem like anything special but his direction would bring them alive. “We’ll puff it up, buddy”, Melville would say. The director was always very meticulous during production too. He took a long time to prep and rehearse a shot so that multiple takes were rarely needed and he got the perfect result. This shows through how gorgeous the film looks. Colours are muted and cold, but everything is placed perfectly in frame and the way everything moves together is immaculate. 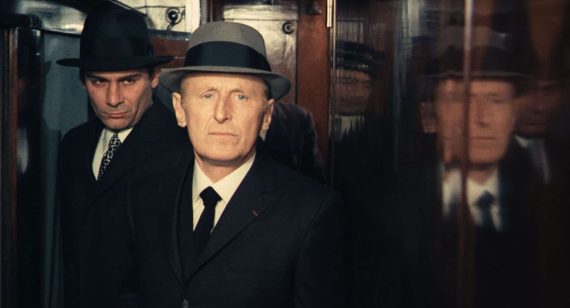 The power of his technique is also reflected in the fact that, although the film is very long, it feels taut and fast-paced. There might not always be a lot of action on screen, but there are no wasted moments. Meville could expertly handle time, keeping us in great suspense through lengthy sequences, causing them to feel short and exciting. Case in point would be the film’s famous heist sequence, which is almost dialogue-free and runs for around thirty minutes. It’s thick with tension and is utterly thrilling from start to finish.

The cast is excellent too. Melville liked to work with actors he already knew, developing a trust with them to work in his signature, minimalist style. In particular, he worked with both Jean-Paul Belmondo and Alain Delon on a number of films, though never together. Le Cercle Rouge was originally intended to put the pair in the same film, but after falling out with Belmondo on L’Aîné des Ferchaux, Melville was forced to find someone else.

The rest of the cast was not from his usual stock. Yves Montand was riding pretty high at the time and does a fantastic job as the ex-policeman battling alcoholism. His character says very little in the film but quietly makes a great impact. Bourvil was a very odd choice, being known at the time largely for his comic roles. He was initially worried about wearing a uniform, as the determined police officer Mattei, but looks and performs the part with ease. Sadly, he died shortly after the film was finished, from a bone marrow disease which was causing much suffering during the shoot. 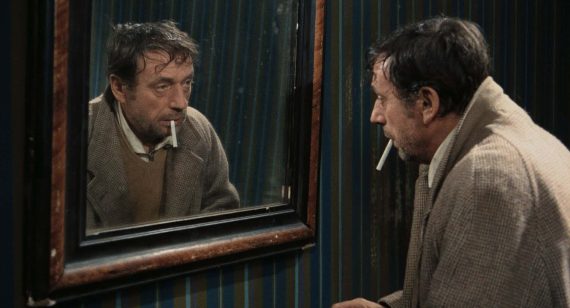 Volontè was an Italian actor hired as part of the deal for the Italian co-production. Melville didn’t really want to work with him. He preferred his usual people. Plus Volontè was a communist and Melville right-wing, so they didn’t get on during the production. They battled through though and whilst he’s probably the least memorable performer in the film, he’s still very good. Delon, meanwhile, was the perfect actor for Melville. They truly understood each other and Delon’s approach fit Meville’s style like a glove. His cold, calculated criminal persona might not warm your heart, but it’s incredibly cool and intoxicating on camera.

Like its climactic heist then, Le Cercle Rouge is meticulously devised, professional to a T and leads to a high reward. Sleek, stylish and stripped back to the essentials, it’s a masterclass in filmmaking, from start to finish.

Le Cercle Rouge will be released on 4K UHD, Blu-ray and DVD on 23rd November in the UK, courtesy of Studiocanal as part of their Vintage World Cinema series. I watched the Blu-ray version and the picture quality is superb. The film’s natural grain is retained and the muted colours seem authentic. Detail is impressive and the audio is crisp and clear too. The film has been released on Blu-ray before but, unfortunately, I don’t have that disc to compare. This release is mastered from a new restoration though, so, on paper, it should be an improvement. It certainly looks and sounds impressive.

Both editions include the following special features:

Most of these were included in the previous Blu-ray edition, though the Rui Nogueira interview from it is strangely absent. There’s no harm in repeating these extras, as they’re all very good. Standing out is the feature-length ‘Under the Name of Melville’ (a.k.a. ‘Codename Melville’), which gives a fairly thorough look at the director’s life and work from the accounts of a group of people that knew him well. Elsewhere, Bernard Stora’s interview is open but affectionate. José Giovanni’s interview is a little ‘bitchy’, pointing out some of the harsher aspects of Melville’s personality, but there’s still a subtle affection behind the surface. Ginette Vincendeau’s piece is very interesting, offering a whistle-stop tour of Melville’s work.

New to this set is ‘The Perfect Circle’. This is a great coverall, with plenty of production stories and analysis. There’s a little crossover with other interviews, but not much.

So, a fine set that ushers this wonderful film into the 4K age.