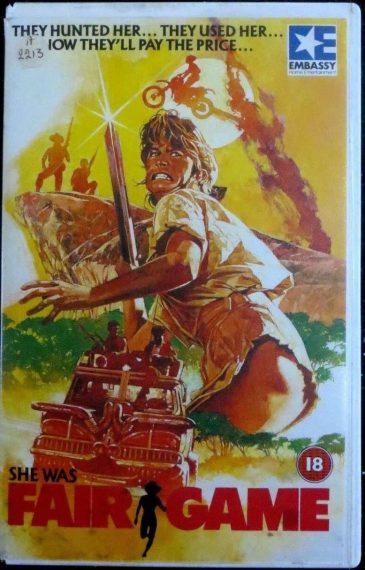 I know I use underrated gem a lot in the films I review but Fair Game is well and truly deserved of the title. Released during the heyday of Ozploitation, Fair Game is an action/horror hybrid and melds both genres together perfectly in this tale of survival in the Australian outback. Essentially it’s the simple tale of Jessica (Delaney) who runs a wildlife reserve in the outback and comes to be tormented by a trio of poachers. At first, they just want to torment or “have fun” with Jessica but when she retaliates things turn uglier with the poachers slaying her animals and upping the ante on humiliating the poor alone women. But Jessica is no push over and continues to fight, gaining strength and resourcefulness as she strikes back to make sure the poachers get their deserved punishment.

It’s exploitation 101 and while a simple set up, it’s all in the execution and the fierce performance from lead Cassandra Delaney. The film is relentless in its set-pieces and the pursuit the dodgy poachers will go to torment a women by herself, but mercifully stays just the right side of grimy exploitation. The poachers are suitably despicable, utilising the remote setting to torment someone who is on their own, not least with their souped-up truck which is a character all on its own: appropriately named, The Beast. Literally growling as it tears across the outback, the truck allows for some awesome vehicular mayhem, reminiscent of the Mad Max films. There’s a bravura chase sequence early in the film where the poachers first torment Jessica (featuring some incredible stunt-work) and The Beast literally destroys Jessica’s wildfire compound in another stunt heavy sequence. All overseen by stunt ace Glen Boswell (Mad Max, The Matrix) the action elements of Fair Game are superb and from a time when the they were all done for real, giving the film extra grit. 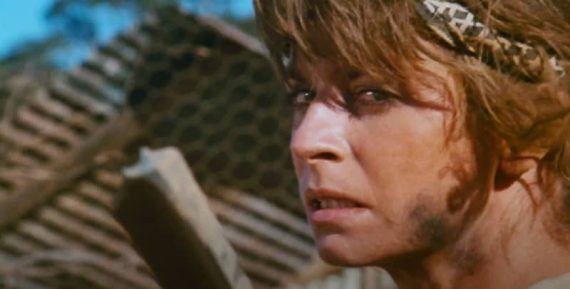 As much a horror film as an action one, Fair Game cranks up the suspense by utilizing the vast open space of the outback: no matter how much Jessica tries to hide and run, she is always tracked down meaning she has no choice but to fight back in order to survive. Beautifully lensed by Andrew Lesnie (who would go onto Hollywood big time with the likes of Lord of the Rings and I Am Legend) the photography captures the beauty and danger of the landscape as well as the exhilaration of the action. Coupled with the tight direction and relentless pace means Fair Game consistently delivers the action and terror. However, the reals star is Cassandra Delaney who delivers a fierce and realistic performance as a woman pushed to her limits in order to survive. The film has a slight over-the-top feel (as all good action exploitation should) but Delaney grounds proceedings from becoming too silly, portraying a real person thrust into extraordinary circumstances. She’s frightened but fierce, has moments of weakness but is ultimately strong, and come the finale turns into a total warrior as she strikes back. Her resourcefulness is also key to the character as she uses what she has around her to thwart three burly armed men giving the film a creative edge, rather than just having her pick up a gun and start blasting away.

If there’s a downside, the music tends to be a little over-the-top and little intrusive (though is effectively propulsive!) but it at least accentuates the almost comic book vibe meaning the film never sinks to nasty bleakness. The film may also have benefitted from Jessica striking back sooner (not from lack of trying) as seeing a single woman chased and tormented by three men does takes its toll: but make no mistake this is all about Jessica getting her own back, and the poachers certainly get their comeuppance.

Pure adrenaline-charged cinema and grade A genre filmmaking, Fair Game, much like its titular vehicle, is a beast and should be essential viewing for all action and horror fans.

Resurrect on Blu-Ray: this is a bit of cheat as while viewed on VHS there is an Australian Blu Ray still out there but no harm in re-releasing this with all the bells and whistles to reach a wider audience.