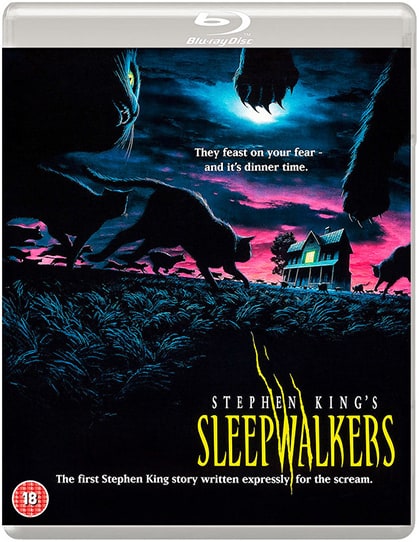 A welcome Blur Ray release, Sleepwalkers is one of Stephen Kings most underrated cinematic treats: part spin on gothic vampire lore, part monster movie, whole lot of fun. Mary Brady (Krige) and her son Charles (Krause) are shape shifting creatures who survive on the blood of the virginal. Moving from town to town they seduce and dine on young females so they may survive. However, moving to the town of Tavis, Indiana the pair may have bitten off more than they can chew when they set their sights on young Tanya (Amick). With the local cops also getting wind of their nefarious goings on, the Brady’s are soon fighting for their lives and no longer able to hide their true monster form.

An absolute hoot, Sleepwalkers should have had more fanfare when initially released back in the early 90s. An original screenplay written by King for the screen, this is him at his most twisted and playful. A spin on vampire lore, the creatures in Sleepwalkers take on human form but are in fact vicious feline-like creatures, seen in all their glory come the gran-guignol finale. Assuredly directed by genre ace Mick Garris (Psycho 4, The Stand), the first half is all dripping dread and gothic weirdness (sustained in part by the creative use of the Enya track, Boadicea) as the Brady’s incestuous relationship is front and centre (no subtle hints here!), the two of them desperately trying to hold onto their fragile existence all the while trying to lure Tanya into their web. But when Tanya proves more resilient than first thought and with the cops ever closing in the film then erupts into monster mayhem. 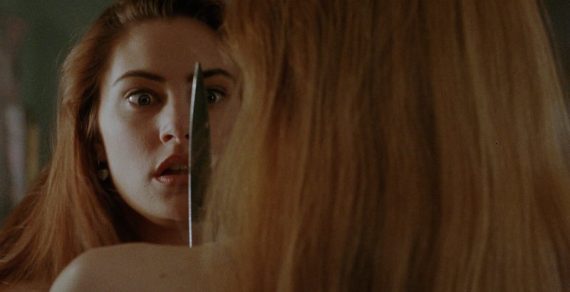 The first half’s gothic weirdness gives way to an abundance of well stage gore sequences all fused with darkly comedic undertones. It may be a sudden tonal shift, but it works as the concept is far out (vampire creatures who look feline and their arch enemy is cats!) and this is King and Garris having a blast. The cast really commit which helps, the main trio being particularly good, though special mention should also go to Dan Martin as the cop who is on the Brady’s case. Speaking of the cast, Sleepwalkers is probably just a well-known (among genre fans at least!) for its plethora of famous cameos. Horror titans Clive Barker, Tobe Hooper, Joe Dante, John Landis and even King all show up for fun appearances across several scenes. Even Luke Skywalker himself, Mark Hamill, shows up, as well as Ron Pearlman who has a particularly fun and gruesome extended cameo. Rather than take one out of the movie it all adds to the fun. 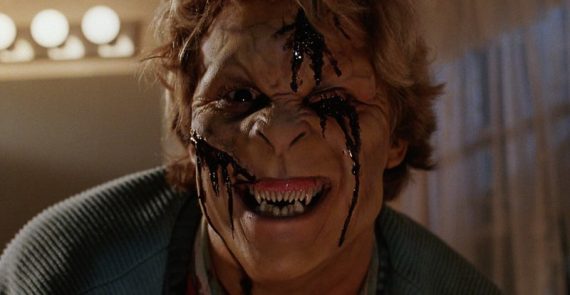 Sleepwalkers feels like there is much bigger world and story to be told and the Brady’s are a small part of it. There’s mention of them always having to move towns as the authorities close in and it would have been neat to see if there were Sleepwalker hunters out there (looking for the Brady’s) as it would have added a bit more to the narrative and lore. Perhaps a concept for the sequel? Still, this is grade A horror fun from a time when horror films managed that unique balance of scary, serious and silly. If your horror tastes don’t stretch much further than say The Shining then no doubt this won’t be your thing, but for true horror fans this a well made gem that benefits from a unique concept, an icky-gets-under-your-skin vibe, and some cool creature carnage.

Sleepwalkers will be released on Blu Ray from Eureka Classics October 26th.

Eureka have packed the Blu Ray with some great features: