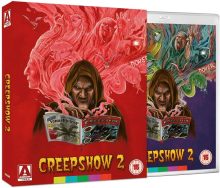 I’m a big fan of the original Creepshow movie, which was a favourite of mine and my friends during the peak video era of the eighties. We regularly gathered at a mate’s house and watched two or three videos (often ‘nasties’) back-to-back as a kind of rites-of-passage scenario. The original Creepshow wasn’t in the ‘nasty’ subgenre of horror films, but it had its creepy moments for sure, especially during my favourite segment, labelled ‘The Crate’. When I finally got around to watching the follow-up film a number of years later I found it to be quite disappointing, but I have to say in the intervening years it’s grown on me and I now rate it as a decent enough horror flick.

Creepshow 2, like its predecessor, is a portmanteau flick, in that it’s a feature film made up of a number of separate, but inter-linked stories. Like Creepshow, this sequel’s connecting tissue is the titular ‘Creepshow’ magazine, presented by ‘the Creep’ who introduces all the stories, much like other horror hosts throughout the ages, such as Elvira, Uncle Creepy and Cousin Eerie. 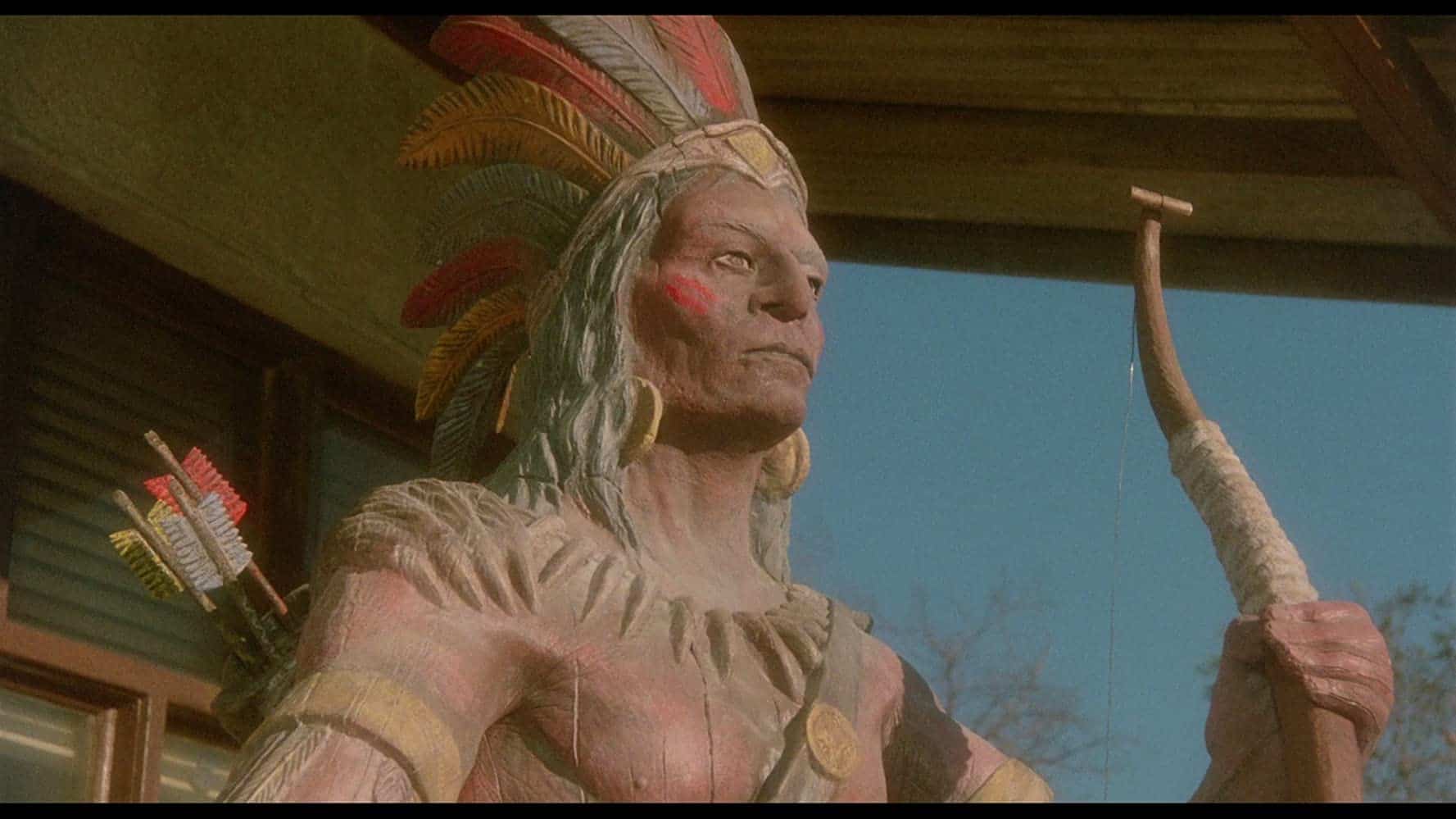 The first segment is called ‘Old Chief Woodenhead’ and sees two elderly shopkeepers being menaced by a gang of thieves who wreck their shop and steal some rare Indian jewellery, which then sets off the Indian statue outside the shop to come to life to wreck revenge on behalf of the old-timers.

During the middle segment, called ‘The Raft’, four young adults head to a remote quarry and swim out to a raft in the middle of the quarry lake. However, they quickly realise that they’re not alone and are being hunted by a weird creature that looks a bit like a combination of oil-slick and wet bin bags sewn together! 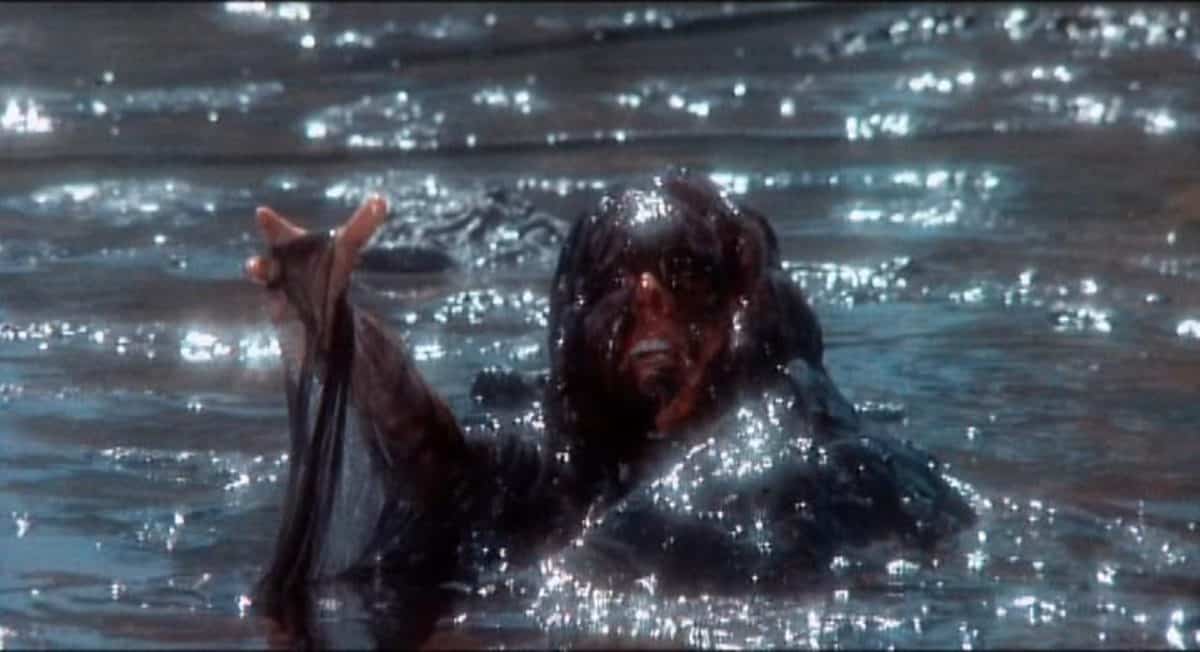 The final story, ‘The Hitchhiker’, sees a high-class woman, Annie, visiting her male gigolo for a spot of the horizontal pogo, behind her rich hubbie’s back, only to find herself caught up in an accident on her way home. Determined to avoid scandal she leaves the poor hitchhiker for dead in the road, but soon finds herself haunted by him.

Interlinking these tales of the paranormal is a series of animations where a kid, Billy, eagerly awaits the next instalment of the comic, ‘Creepshow’, but he gets attacked and pursued by local bullies until he uses some mail-order giant Venus fly-traps to get his revenge on them. 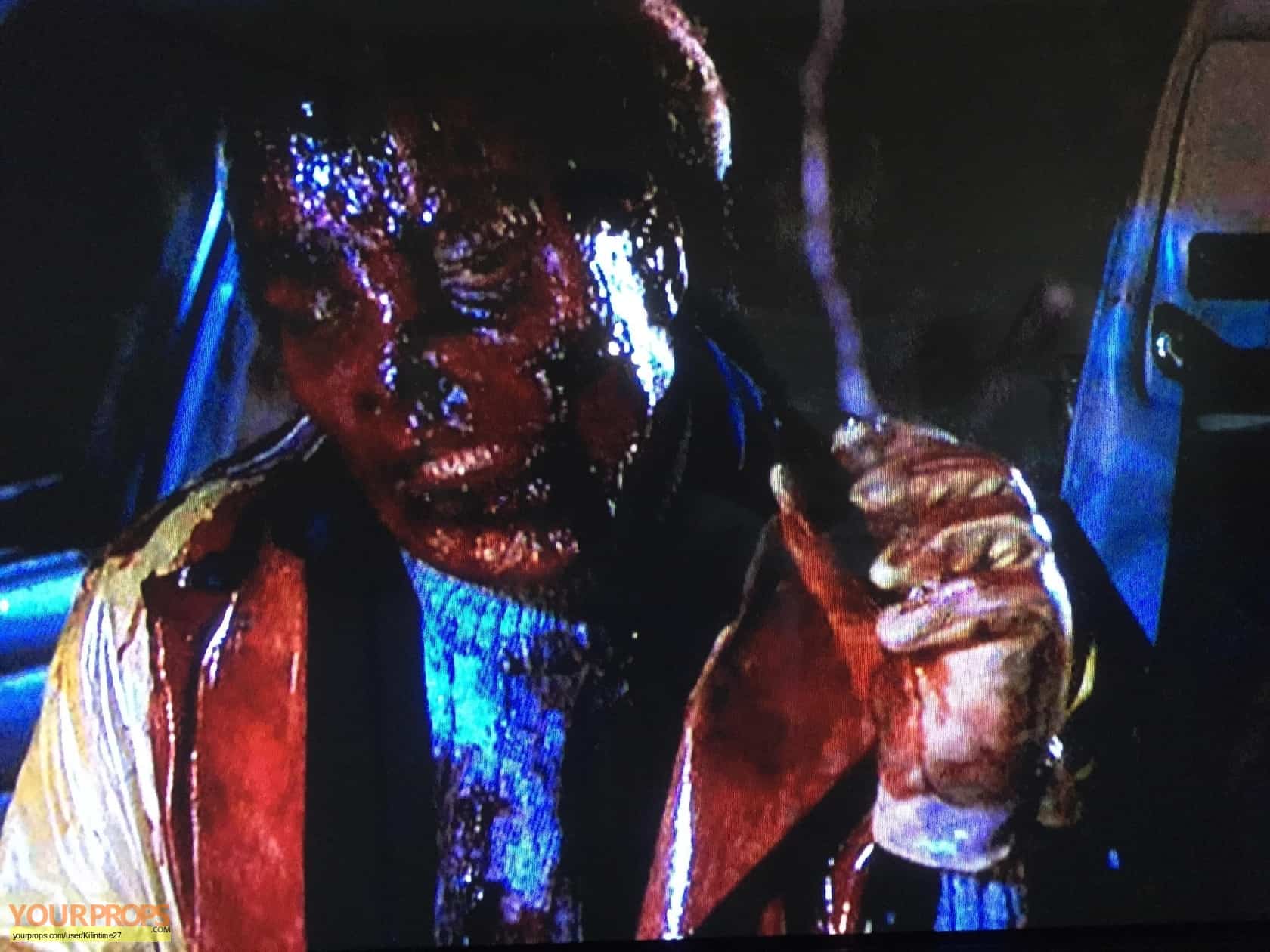 While none of the stories are particularly original all are good fun with reasonable pay-offs. The first story has grown on me over the years and certainly has some enjoyably earnest acting on display by the likes of Kennedy and Lamour. The killings are also nicely done with a fair amount of claret on display.

Probably the best of the stories is ‘The Raft’, with the cheap-looking monster being surprisingly disturbing causing some very unpleasant-looking deaths amongst the young folk.

The last story lacks originality, but is nicely paced and the almost ‘Tom and Jerry’ style antics between the driver and the hitchhiker are rather amusing after a while. All the stories are based on shorts by Stephen King, which Romero stream-lined into three slight vignettes.

While I’m a fan of animation, the cartoon sections of Creepshow 2, don’t really do it any favours and look a bit cheaper than they did in the first film. They’re still a lot of fun though, despite an underlying naffness.

The level of acting throughout the film is good to very good and there are some decent locations used, all underlain by a reasonable score by Les Reed and Rick Wakeman – yes, that Rick Wakeman!

While Creepshow 2 doesn’t quite have a credibility of its predecessor it’s still plenty of fun and worth checking out if you haven’t already done so. 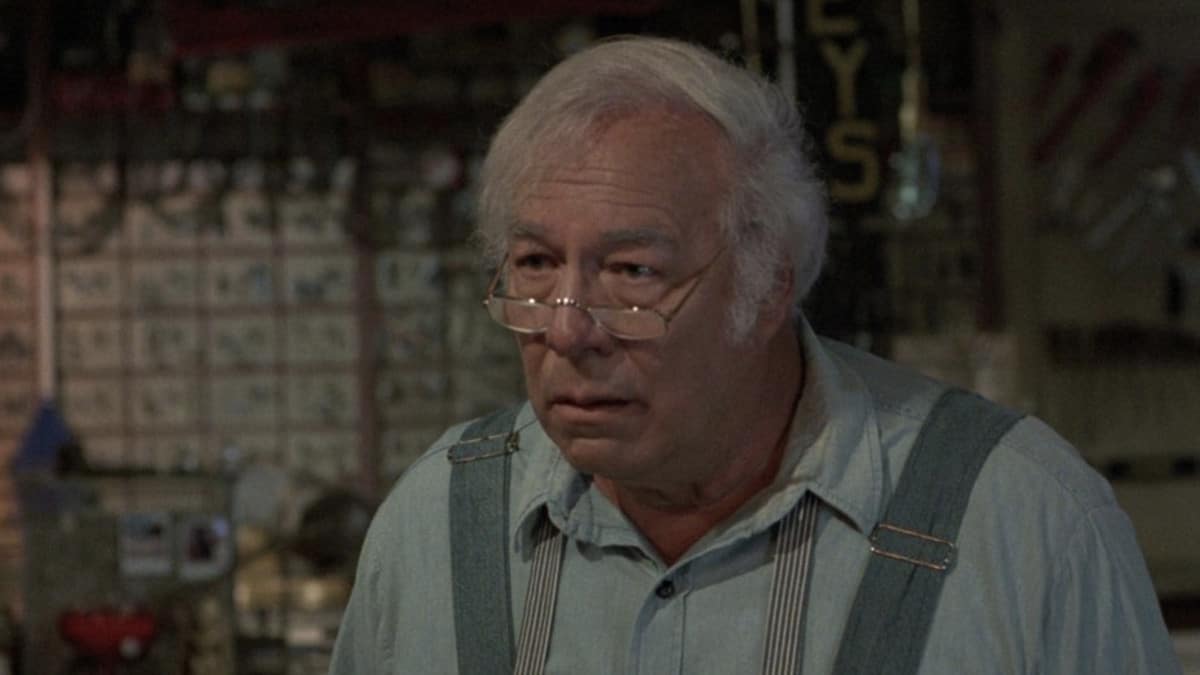 Arrow Video is distributing Creepshow 2 on Blu-Ray. As per usual for Arrow Video there are plenty of special features including:

Screenplay for a sequel (10.45 mins) – An interview with George Romero who says he sees tales in horror comics as being a form of morality story.

An audio commentary with Perry Martin and director Michael Gornick, where we discover lots of interesting stuff about the production including the fact that they lost eight days due to constant rain in Arizona.

Tales from the Creep (8 mins) –A fun interview with actor and make-up artist Tom Savini, who played the character of ‘The Creep’ in the film. Apparently his wife was one of the scuba divers who moved the creature around in the raft episode;

Poncho’s last Ride (14.44 mins) – Interview with actor Daniel Beer who reveals that he had hypothermia during the shoot because it was so cold in the water.

The road to Dover (13.51 mins) – An interview with Tom Wright, who played the hitchhiker. Tom talks about doing his own stunts, including the most dangerous one when he was positioned on the front of the car.

Nightmares in foam rubber (32 mins) – An enjoyable double interview with FX artists Howard Berger and Greg Nicotero. They talk about how they got into the business in the first place and how they met, and about the shoot itself, which was quite stressful apparently due to on-set politics.

My friend Rick (2.43 mins) – FX artist Howard Berger remembers Rick Baker, his mentor, and how he finally got to work with him by badgering him constantly!

Behind the scenes (5.50 mins) – We get to see some cool footage including where Tom Savini is made up as The Creep. 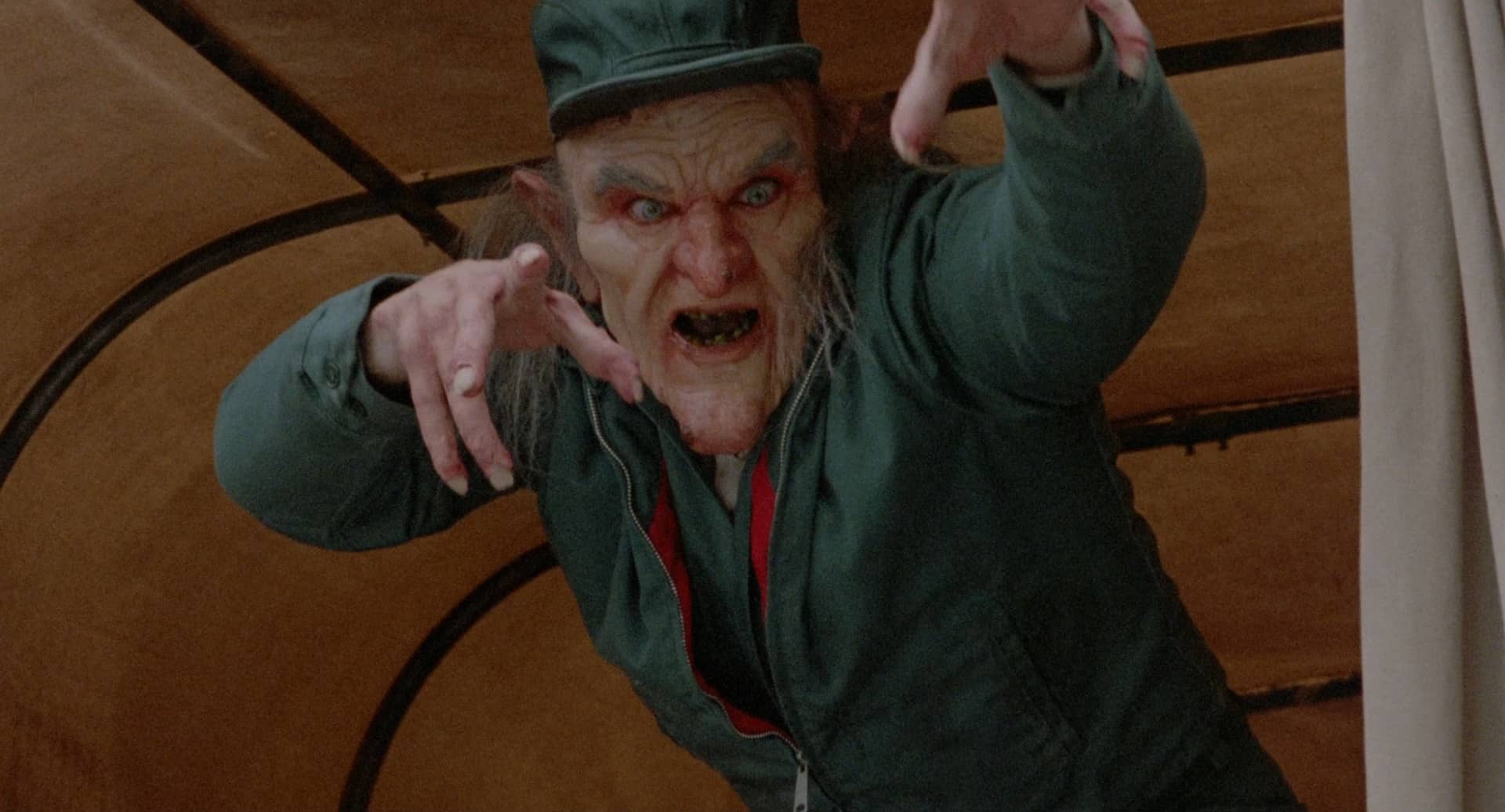