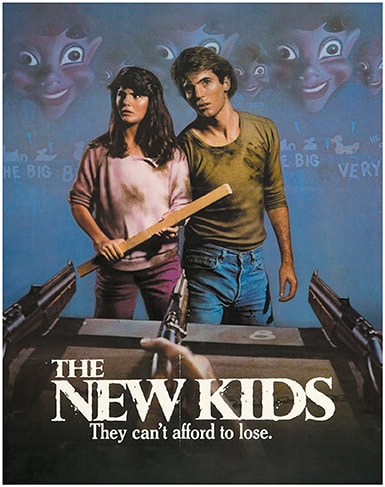 While he’ll always be known for the original Friday the 13th film and the franchise it helped spawn, writer/producer/director Sean S. Cunningham also helmed several other great genre flicks including underrated aquatic horror Deep Star Six and this gem of a getting-revenge-on-the-bullies thriller. Finally getting a much-welcomed Blu Ray release from 101 Films, The New Kids (formerly released on these shores via VHS back in the day under the title Striking Back) is a potent mix of teen drama, southern potboiler and exploitation actioner.

Set in the sunny climes of Florida in the mid-80s, it sees army brat brother and sister Loren and Abby (Presby and Loughlin) relocating to the sunshine state after the death of their parents to live with an uncle and aunt. Helping them restore their dilapidated theme park (Santa Land!), the siblings must also deal with a group of local drug dealing, shotgun-wielding, psychopathic high school thugs, led by a peroxide blonde James Spader. But these new kids are no pushovers, their military upbringing meaning they stand up, fight back and kick ass. And kick ass they do! 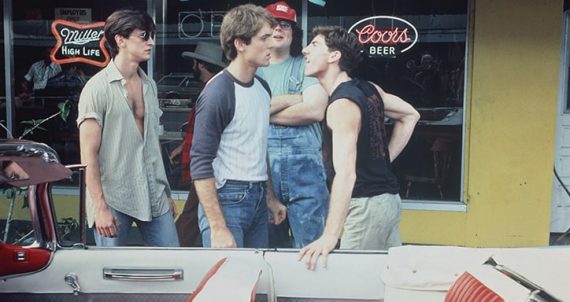 Quite simply, The New Kids is great and deserves discovery. While it contains its fair share of exploitation and brutal violence, it’s also a well-made film with well-rounded characters. Cunningham has constructed a tightly would thriller that builds tension as the group of psychos cause more and more trouble for the new-to-the-area siblings. There’s a palpable sense of dread as one waits for the gang to strike again and the sweaty southern location and theme park setting all add to the closing-in-sense-of-tension and outright delirium once the violence really erupts come the finale.

There’s some great characterisation as well, this due in part to screenwriter Stephen Gyllenhaal. Loren and Abby are likable, strong willed and fight back from the get-go, and refreshingly have a good relationship rather than being cliched antagonistic siblings. Likewise, the gang of bad guys are well drawn out (if a little stereotypical southern hillbilly!) and are positively vile. In an early role, James Spader oozes evil as the gang leader (all New York fashion, blond hair and hillbilly accent) and even if proceedings do go a little OTT come the finale, Spader is never anything but chillingly evil. 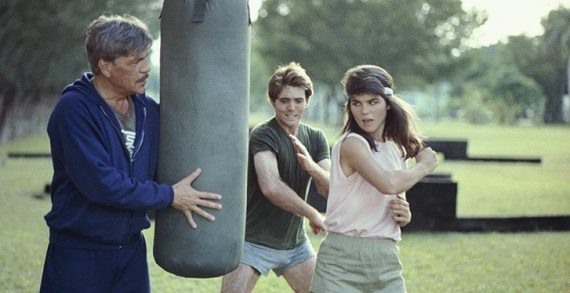 Not a straight-out horror, as character and tension are built until the epic explosion of violence, The New Kids still unleashes some gruesome set-pieces during the theme park set, stalk-and-kill-finale. And for once the bad guys really do get what they deserve. Sure it’s a little dated in some aspects and one has to wonder how a gang of high schools thugs (who all look about 30!) can get their hands on Class A narcotics and high-powered weapons so easily but, hey, this is an 80s flick: anything goes.

A true case of they don’t make them like this anymore, The New Kids is great stuff from beginning to end (with a slightly downbeat ending that sets it up for a never-materialised sequel!) that is recommended to fans of slick and well-made 80s American exploitation cinema.

Brand New Extras include:
• Interview with director Sean S. Cunningham: this is an enthusiastic and insightful interview into the making of the film with some fun anecdotes about how the film originated and how it was (surprisingly!) speedily put together. Cunningham is on enthusiastic form, obviously enjoying talking about the making of the film. I can’t say it enough: these types of interviews are gold, and it’s great to see a filmmaker of these oft-forgotten films talking so passionately about it. This could have run a lot longer than 17 mins!

• Interview with writer Stephen Gyllenhaal: Oof! In the complete opposite to the Sean S. Cunningham interview here we have “serious” filmmaker Gyllenhaal (really, how many times can a filmmaker mention they are “all about character”??) constantly lamenting that this sort of film is not really his thing and he was just a writer for hire (god forbid a filmmaker should write an action/horror picture!) that it almost borders on insufferable. However, he does provide some interesting anecdotes on the writing process (and how he was competing with other writers for the gig!) and makes some valid points about censorship and screen violence. But why does it have to be wrapped up in so much pretentiousness (he even names drops Truffaut!!!) and seems embarrassed by being involved in the film while at the same time constantly making the point that the film was his idea! Oof!