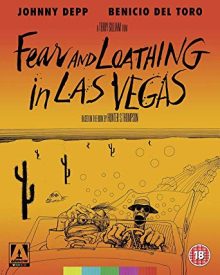 Flashback to drug-induced America of the early 70s and you find yourself on an uncomfortable, uncontrollable road trip that is Fear and Loathing in Las Vegas, 1998. Directed by Terry Gilliam, based on the book by Hunter S Thompson, this film is an interesting look at the lust for the American Dream and the realities of a society that promises everything, but in reality, gives nothing. I use the term ‘interesting’ very loosely, in fact, be warned, nothing really happens.

Perhaps the Marmite of the film world, Fear and Loathing in Las Vegas is a film a long time in the making. Initially having trouble to secure financial backing and a suitable director or screenplay, the book was deemed ‘unfilmable’ for decades. After it was finally released, it received a lot of bad press and an initial loss at the Box Office of several millions.

Like I implied before, this is a film that many seem to really love or absolutely hate. I am yet undecided. As an ex film studies student, many aspects of the film excite me, and I have a strong desire to watch this film again and again to unpick the different layers and aspects of film production. On the other hand, this film has no real narrative to comment on. It is simply scene after scene of trippy drug-induced ramblings.

The film focusses on two characters, Raoul Duke, (Johnny Depp) and his attorney Dr Gonzo, (Benicio del Toro) as they take a trip from Los Angeles to Las Vegas to cover the Mint 400 Motorcycle race for a magazine. Loaded up with enough drugs to keep an elephant going for a year, the two men pick up a hitchhiker who is understandably quick to disembark the two’s company after it becomes clear that neither one of the duo is entirely sane or fit to drive.

Arriving in Las Vegas the two narrowly pass through hotel check-in and continue to devour the contents of the suitcase of drugs, before attempting to cover the motorcycle race the following day. After Duke’s paranoia kicks in, thinking he is in the middle of a battlefield, he fires the assigned photographer and heads back to the bright lights of Vegas. 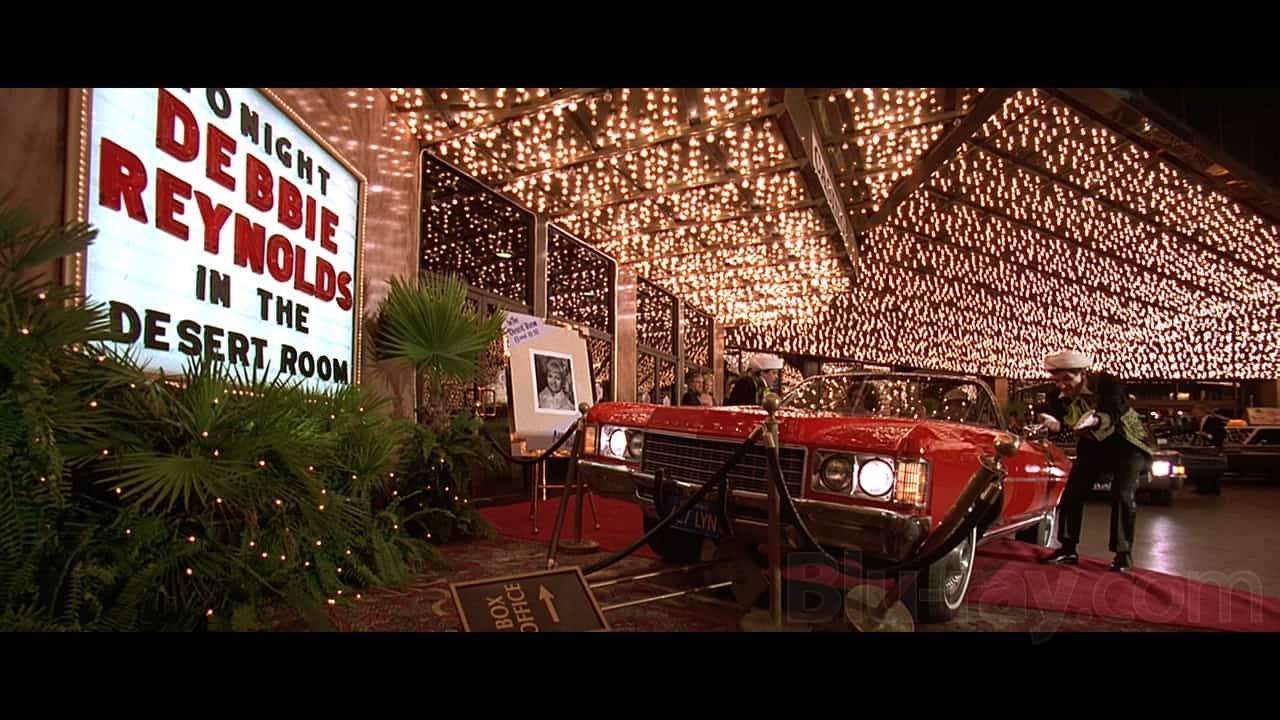 On returning to the hotel, Duke and Gonzo visit the Bazooko Circus Casino. Constant movement of the bar mixed with the cocktail of drugs leads to Gonzo wanting to leave and return to the hotel room where Duke later finds him having trashed the room and sitting in dirty water in the bathtub.

Waking up the next morning, Duke finds a score of room service bills he can’t pay and Gonzo nowhere to be found. His drug-induced hallucinations running wild, Duke heads away from the lights of Las Vegas back towards Los Angeles. Partway, he is pulled over by a cop (Gary Busey) for speeding, cautioned and told to make use of a rest stop just up the road.

After a brief phone call, Duke is ordered back to Vegas to cover a District Attorney’s Convention on narcotics. Further drug-induced scenes lead to a second trashing of a hotel room and several bizarre encounters, before Duke drives Gonzo to the airport. Missing the turn, crashing through the fence and directly outside the aeroplane, Duke drops off Dr Gonzo before making his way back home.

There are two very distinctive positives to this film; the acting and the cinematography by Nicola Pecorini. Both Depp and del Torro give remarkable performances as the drug-infused protagonists. Although there is a distinct fear the performance could be over the top, all movements and expressions seemed natural and unforced despite the ridiculousness. Other supporting actors equally performed well and reacted and interacted with the main characters naturally, their fear and distaste evident.

Whilst the unnatural lighting of the scenes in Las Vegas lured you in, the angled shots and slanted camera angles helped ensure that the audience fully participated in this acid trip. Add in the special effects of light, colour and pattern merging and creeping around the room and the motion of the camera as it follows the characters, you really are experiencing this trip first-hand. At the point where the duo is on the rotating carrousel bar at the circus casino, even I was starting to experience motion sickness. In once scene, special effects and mirrored images are used to best effect, as Duke hallucinates the guests of the casino to be giant lizards.

In contrast, the imposing scenery of the Nevada Desert is breathtaking. Wide panoramic shots reveal endless rocky and deserted landscapes, an ever-long road. Carefully, low angled camera shots focus on the characters and the car whilst, wider angled shots carefully depict the nothingness for miles and miles. There is almost a feeling of foreboding, that this trip will never end.

The soundtrack is another plus for this film. A mixture of classic rock and psychedelic rock, the soundtrack boasts snippets of Tom Jones, Bob Dylan and the Stones. In addition to these memorable tunes, most of the film is narrated by the character of Duke (Donald Morrow), without which, the film would probably be completely incoherent.

Whilst I love the cinematography and highly commend the direction and acting in this film, I can see why many critics slated the film and why it didn’t perform well at the Box Office. It really does leave you feeling like you’ve spent the last two hours on drugs. There is no real story and no real character development so many audiences will probably be clock watching throughout. I didn’t feel this way but didn’t come away thinking ‘that was a masterpiece’ either. If you have an interest in film techniques or film history, you will undoubtedly have some interest in Fear and Loathing in Las Vegas. If not, this might not be the film for you.

This film also comes with great many extras worth a watch, including the documentary, For No Good Reason, 2012 which is about Ralph Steadman, a Welsh artist who was a friend of Hunter S Thompson and did the original illustrations for his book, Fear and Loathing in Las Vegas. Directed by Charlie Paul, this documentary features a host of stars such as Johnny Depp, Terry Gilliam and Richard E Grant. Also included is the documentary, Buy the Ticket, Take the Ride, 2006, which looks at the life of writer Hunter S Thompson and includes a host of Hollywood VIPs commenting on his life. Other extras include a gallery of photos and archive footage as well as the obligatory deleted scenes.

This 2-disc limited-edition Blu-ray is released by Arrow Video and includes the following extras: