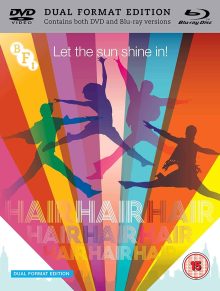 The BFI are currently running a special film musicals season across the UK. In their words: “BFI Musicals! The Greatest Show On Screen celebrates the joyful, emotional, shared experience of watching film musicals; with the biggest stars, the most iconic scenes and the best-loved song and dance numbers back on the big screen. Running 14 Oct 2019 – Jan 2020, it incorporates a season at BFI Southbank, BFI UK-wide re-releases of classic musicals, hundreds of screenings and events at venues across the UK, DVD/Blu-ray releases and films to watch on BFI Player.” Flix in the Stix, the touring cinema service I run, are putting on some special screenings of Grease as part of this, alongside live music performances (sorry for the shameless plug!), but I thought I’d also get involved by reviewing one or two of the new Blu-ray releases. Having a lot of love for the Milos Forman re-releases I’ve reviewed here, I thought I’d check out his follow up to the classic One Flew Over the Cuckoo’s Nest, 1979’s Hair.

Based on the late 60s musical Hair: The American Tribal Love-Rock Musical, Forman’s film is set in the late 60s and sees Claude Bukowski (John Savage) head to New York from his native Oklahoma, to join the army and fight in Vietnam. He soon bumps into a group of ‘hippies’, led by the free-spirited Berger (Treat Williams), who take him under their wing, partly in a bid to talk him out of joining the war. Along the way, the group cross paths with Sheila (Beverly D’Angelo), a young woman hailing from a wealthy family, who Claude takes a liking to and who seems to show a desire to cast her aristocratic shackles.

It’s quite an unusual musical, or at least it is to me who isn’t well-versed in the genre, particularly musicals made during the 70s and 80s. What makes it a little different is that although it retains the ‘randomly breaking into song’ fantastical elements, it’s shot in a naturalistic fashion in real locations without lavish production design to heighten any sense of reality (other than in an LSD-influenced dream sequence). As such, the musical numbers can be a bit jarring at first, but there are so many of them you soon get used to the style. 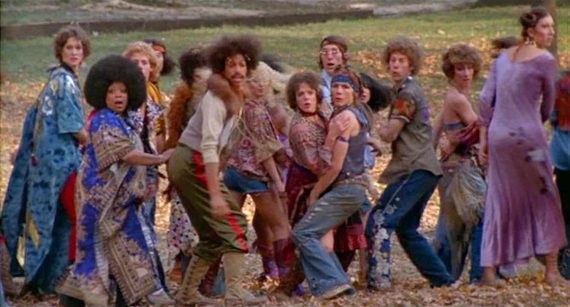 This naturalistic element made Forman’s place as director more understandable, as I wouldn’t normally associate him with Hollywood musicals. He does a good job though, balancing his typically strong character work with enjoyable set-pieces.

The dance numbers aren’t as grand or impressive as some of the more famous scenes from the classic era of musicals, but there’s a joyful exuberance to them and some pretty decent dancing from side-players that clearly come from a stage-dancing background. The ‘free’ style used feels a little dated perhaps, but it’s fitting to the era being portrayed.

The songs fare well too. I didn’t think I knew the soundtrack at all, but was surprised to hear quite a few classics that I recognised, such as ‘Aquarius’, ‘Ain’t Got No’, ‘I Got Life’ and ‘Good Morning Starshine’. I’m a big fan of 60s and 70s music, so a lot of my favourite artists had covered tracks from the musical over the years. The music fits the era of the story, opting for a rock and soul sound, with a bit of funk creeping in here and there. The lyrics are great too, with a great deal of satire making for some amusing comments on America in the 60s. 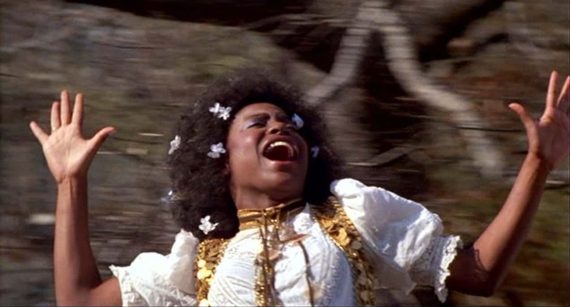 Speaking of which, the film does a pretty good job of skewering the establishment of the time and Vietnam war in particular, without getting po-faced about it. Although it’s very much sided with the hippy movement, the film doesn’t allow the counter-culture to get off totally scot-free either. For instance, it’s revealed that Hud (Dorsey Wright), one of the group of hippies, has abandoned his fiancé and young son for this life, which triggers one of the standout songs, ‘Easy to be Hard’. The fiancé joins the group soon after though, so it does go quite soft on the subject.

In fact, that could be said about most of the film. In taking a poking-fun approach throughout, the anti-war message isn’t as powerful as it could be and the surprisingly dramatic twist at the end feels a bit too rushed to truly hit home. A lot of elements that might have been ‘edgy’ at the time are also somewhat dampened now (and much more so in the play when that was originally released, from what I’d guess and can gather). For instance, an enjoyable early song, delightfully called ‘Sodomy’, is a barrage of ‘offensive’ words aimed to unsettle a group of upper-class ladies, which sounds more amusing than shocking these days.

Even if it’s lost a bit of its edge over time, as a fun, toe-tapping and often enjoyably satirical look-back at a turbulent period in American history it holds up well. It’s got a peculiar style that makes it interesting, though it occasionally feels a little of its time. With catchy, often witty songs and some interesting, if a tad underwhelming choreography, it’s a fine musical too. 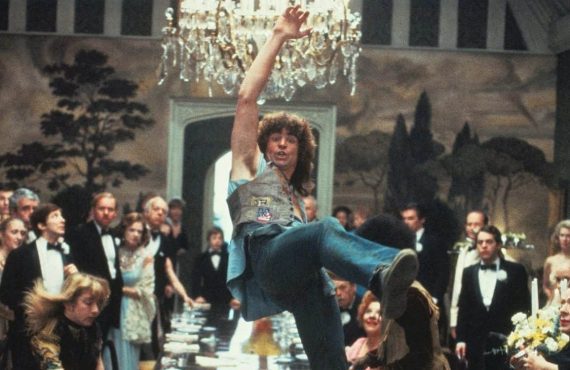 Hair is released on 28th October on dual format Blu-Ray and DVD in the UK, released by the BFI. I watched the Blu-ray version and the opening scene looked a bit rough with some dirt on the image, but it improves considerably after that, so I assume it might be a stylistic touch (being set in Claude’s dreary, old-fashioned hometown) or the digital remastering process struggled with the drab, overcast shots that open the film. The audio is excellent though.

It’s an interesting collection of 60s and 70s-themed curios, but nothing here (other than the booklet, which I didn’t get to see) directly concerns the film or its production. The Nicholas Ray piece doesn’t even really fit, as interesting as it is. He’s only got a small role in the film and the interview took place 10 years before Hair was made. So, as much as it’s nice to have a decent handful of extra material to dig through, it’s a shame nothing is to be said about the film and its production.