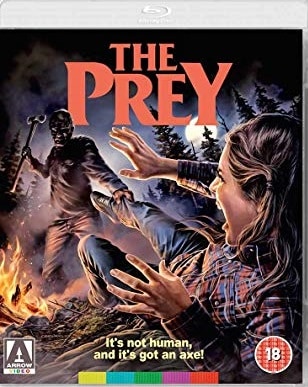 So goes the ace tagline for this little seen slasher oddity from the early 1980s. Shot between 1979 and 1980 but not released till around ‘83/’84 during the VHS boom days, The Prey is a crisp cool little slasher that sees a group of college kids out for a hike in the beautiful wilderness of California only to be stalked and slayed by a mutilated psychopath. Said killer is the sole survivor of a gypsy camp burned to death decades earlier by a deadly forest fire and it’s up to a do-good forest ranger (Bostwick) to save the group before they’re savaged.

Pretty standard 80s fare it might sound but The Prey is a curious entry in that decades obsession with slasher flicks thanks to its unique execution, impressive setting and likeable cast. Part slasher, part survival flick and part nature documentary (!), The Prey overcomes its budget limitations thanks to its stunning setting and an almost improve style approach to proceedings. While the main cast are on the surface the typical oversexed good looking crowd who populate this genre, they’re rendered more likeable thanks to the easy going vibe director Edwin Brown encouraged: allowing the actors to just chat and interact as they normally would rather than overemphasize caricatures that are often found in this genre. Don’t worry there are still plenty of cheesy and gory moments to go with all the casual interaction but this, coupled with some impressive nature footage added throughout, gives The Prey a unique vibe amongst the hack and slash flicks of the 1980s. 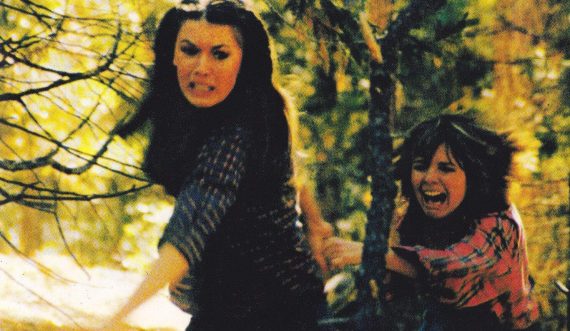 This approach may not be to every horror fans taste (as the constant shots of animals and insects does outstay its welcome and are obviously there for padding!) but Brown still manages to pack in fair bit of gore and some startling kills. At barely 80 minutes it doesn’t outstay its welcome and while the laid-back approach to the action (and some outdated comedy: though Jackie Coogan, in his last screen role, does have a funny bit as a Sherriff trying cucumber sandwiches for the first time!!) may irk some, The Prey is ripe for rediscovery thanks to this first major release outside of VHS. Arrow provide all 3 main cuts of the film here, including the cut featuring the infamous “gypsy sequence” (more on that below) but the US Theatrical cut is the one to go with.

A bit weird, a bit fun, a bit slow and a bit gory (and with a doozy of an ending!), The Prey is a cool little horror that can join the ranks of other underappreciated slashers such as The Final Terror and Return to Horror High.

The Prey is released on Blu Ray in the UK by Arrow Video on the 16th September 2019. As is expected from the folks at Arrow the Blu Ray comes packed with some impressive features including:

In Search of The Prey – Ewan Cant and actress Debbie Thureson revisit the original shooting locations in Idyllwild, California

Q&A from Texas Frightmare Weekend 2019 with Lori Lethin, Carel Struycken and Jackson Bostwick
Texas Frightmare Weekend 2019 Audience Reaction Track
The Texas Frightmare content is groovy stuff, albeit does repeat some of the content from the interviews. Still it’s great to see an audience appreciate this kind of film and The Prey is certainly the type of film to be viewed with a like-minded audience (rather than watching it at home, at 11pm, alone, drinking whiskey, wondering what you’re doing with your life!!)

INTERNATIONAL & COMPOSITE CUTS
Brand new 2K restoration of the International Cut featuring the infamous gyspy flashback footage, added at a later date by the producers without the approval of the original filmmakers
Composite Cut combining footage from both the US Theatrical and International Cuts, for the ultimate Prey fan experience!
Extended Outtakes reel – 45 mins of never-before-seen outtakes
The various cuts are certainly fascinating to see the life this little known film took on. While the theatrical/director’s cut is still the best of the bunch, the alternate cuts are cool curios for B-movies fans to see how the producers tried to alter the film. The International cut contains the controversial “gypsy sequence” which while interesting to see, seems to only have been added to the film to up the sleaze factor – which it does, considering some of the actors featured in this nearly 25 minute (!) sequence were active porn stars at the time.

Another impressive array of extras from Arrow who give little films like this some much needed love and appreciation.