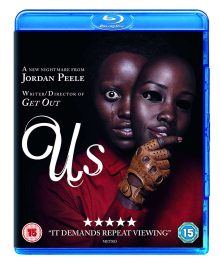 * Some of this review contains spoilers, so read with caution if you haven’t yet seen the film.

Jordan Peele, who began his career as a comedy writer and actor, made great waves with his feature film directing debut Get Out. The horror film was a critical and commercial smash hit, scoring numerous awards (including an Oscar for best screenplay among several nominations), practically universal praise and grossing over $255 million on a budget of $4.5 million. People were keen to see what he’d do next and they didn’t have to wait long as his follow up, Us, came out only 2 years later. The critical praise was a little more mixed but generally the film was well-received and its box-office takings were about the same as Get Out, so Us only added to Peele’s growing reputation. Personally I was a little disappointed when I got around to watching Get Out, but was still impressed enough to be interested in what the writer/director had next up his sleeve, so I snapped up a copy of Us to review.

Once again seeing Peele working in the horror-genre, Us opens in 1985 when Russell (Yahya Abdul-Mateen II) and Rayne Thomas (Anna Diop) are visiting the Santa Cruz beach with their young daughter Adelaide (Madison Curry). Whilst her mum is in the bathroom and her dad is distracted, Adelaide wanders off into a hall of mirrors where she gets a shock when she meets her doppelgänger. She never tells anyone about this, largely because she is traumatised by the experience and doesn’t speak a word for a long time afterwards.

Flash-forward to the present day and Adelaide (now played by Lupita Nyong’o) is happily married to Gabe Wilson (Winston Duke) and the couple have two children, 12-year-old Zora (Shahadi Wright Joseph) and 10-year-old Jason (Evan Alex). They’ve travelled back to Santa Cruz for the summer to get away from the city and spend some time with their friends, the Tyler family (headed by Elisabeth Moss and Tim Heidecker). One evening, after a trip to the beach that Adelaide didn’t want to go on and when Jason briefly goes missing, their holiday home is put under siege by a mysterious family that look just like the Wilsons, only kind of savage and wearing red boiler-suits. The Wilsons are not quite sure what they want or where they came from but these intruders (later known as ‘the tethered’) are certainly not friendly.

The main issue I had with Get Out is that, although I thought it was very well-written, taking an interesting and fresh approach to tackling issues of prejudice and race, I felt it fell short as a horror film and wasn’t amazingly well directed in this sense. I also didn’t feel the comedy always settled well with the rest of the film, particularly the Rod character’s appearances. Hearing that Peele’s follow-up was another horror film then, I was a little dubious. In the end, the director managed to put my initial worries at rest whilst creating the opposite problem, in that I felt the writing let it down.

I loved the first two-thirds of Us. Here Peele impresses with his horror/thriller chops, delivering a nice sense of unease to begin with, adding some frightening and chilling sequences as it goes on and crafting a couple of exciting set-pieces on top of this. Tonally the film is more consistent and effective too. There’s comedy here again, but it fits perfectly alongside the thrills and chills. He also presents a wonderfully warm and human central family. There’s a lot of love between them but enough bickering and flaws to keep them natural and relatable. This is key to the film because one of the themes I picked up on is the importance of family and sticking together to survive. Whenever the Wilsons split up, they usually get into trouble and the acidic white-middle-class Tyler family, who have little love between them, don’t stand a chance when things ramp up later in the film. 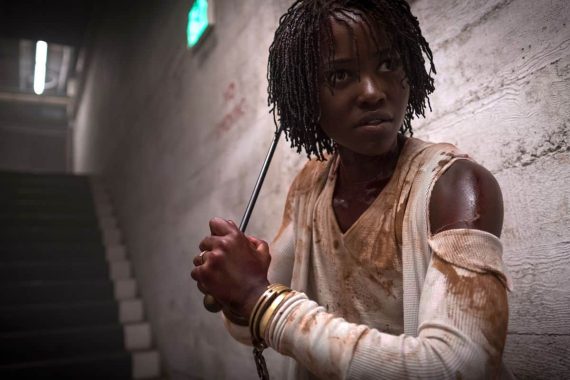 This isn’t the only theme or social issue being explored here though. In fact there’s a lot you can glean from the film. An obvious aspect is looking at the idea of the duality of man. As Peele puts it in an interview on the special features, the film highlights “the guilt and sins we bury deep within ourselves”. The doppelgängers represent the soulless, animalistic sides hidden in all of us. The way they all come out to attack the ‘normal’ population and bring down society together in a mindless, jealous rage also suggests a comment on the rise of hateful, violent nationalism and racism over recent years.

The film also points a finger at privilege in America. The privileged feel they deserve the benefits and comforts they have, but in order to get those privileges someone else has to suffer. The tethered represent this here and they are rising up to re-address the balance. The link with this uprising and ‘Hands Across America’ is a nice touch too (though it felt a bit silly before I thought about it). The national campaign was well-meaning and seemed powerful on the surface but actually did very little to solve the issues it was addressing (hunger and homelessness). Instead, it merely acted as a way for the privileged people in America to feel good about themselves. 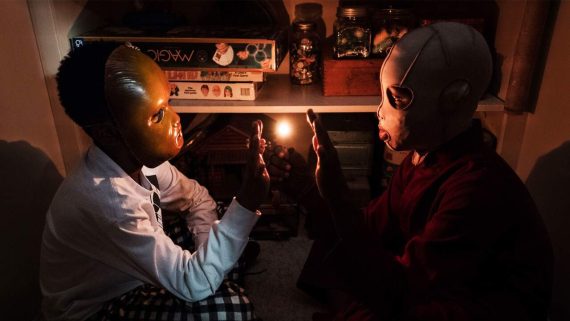 So, there’s a lot going on under the surface in Us and it’s clear enough for you to take note of whilst watching but rich and intelligent enough not to seem superficially inserted. So why did I have a problem with the script then, you ask? Well, perhaps Peele was taking on too many ideas, as in the final act in particular, when the film’s mysteries are explained (in a slightly clumsy and textbook ‘bad guy monologue’), they throw up all sorts of plot holes and flawed logic that bring much of the film falling down like a house of cards. I also felt the film’s final twist was unnecessary and immensely predictable. You could see that possibility coming after the first scene, so the final reveal felt like a ‘really?’ moment rather than an ‘oh my God!’ one.

It’s a real shame then, as during the first two-thirds of the film I was totally on-board with it and enjoying myself immensely. I haven’t even mentioned the excellent dual performances (particularly Lupita Nyong’o as the lead protagonist and antagonist). As soon as the plot expands in the final act though, things go rather wrong and I was left with a bit of a sour taste in my mouth. So, once again Peele has caught my interest but not quite delivered on the promise hyped up by the press. He keeps coming very close to making something really special though, so I’ll continue to be excited about his future projects. There’s certainly enough quality in Us to recommend it to others, even if it has its fair share of problems. At least Peele is making original and exciting work too, instead of the cookie-cutter junk-food filling up most of the multiplex screens. 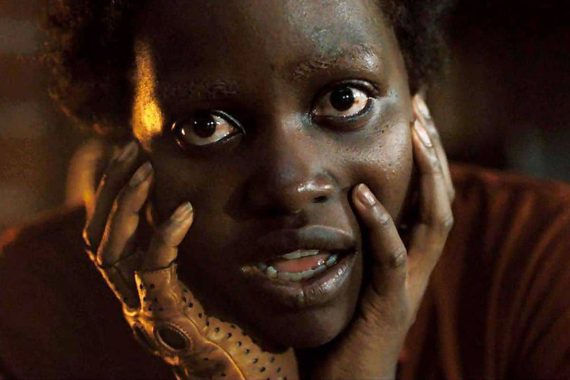 Us is out now on Digital, 4K Ultra HD, Blu-ray, DVD and On Demand. I watched the Blu-ray version and the picture and sound quality was immaculate.

There’s a good handful of special features included too:

BONUS FEATURES ON 4K ULTRA HD, BLU-RAY & DVD:
– The Duality of US – Jordan Peele goes in-depth on some of the key themes and imagery in US – including Doppelgängers, Hands Across America, The Nutcracker dance scene, rabbits and the infamous 11:11 coincidence.
– The Monsters Within US – Examine how the great cast were able to find their characters, whether they were playing one of the Wilsons or their sinister doppelgängers.
– Tethered Together: Making US Twice – Making of a movie is hard. Making a movie where all the main cast play dual roles can be downright mind-bending. In this piece, filmmakers, cast, and crew discuss some of the technical challenges to making the film, as well as some of the design choices for the characters.
– Redefining a Genre: Jordan Peele’s Brand of Horror – In the space of two films, Jordan Peele has set himself apart as an invaluable artistic voice. Hear cast and filmmakers highlight what makes him so unique, as well as Jordan’s own thoughts on his inspirations and the relationship between horror and comedy.
– Becoming Red – Using behind-the-scenes footage from between takes, we take a closer look at Lupita Nyong’o’s intense and mesmerizing performance as “Red.”
– Deleted Scenes
– We’re All Dying – Hilarious outtakes from the conversation between Winston Duke and Tim Heidecker on the beach.
– As Above, So Below: Grand Pas de Deux – An extended version of the dance sequence from the film, cutting between adolescent Adelaide at her recital to Red in the Underpass.
It looks like a lot, but everything here is just a few minutes long so it’s not quite as extensive a package as it first seems. The featurettes are solid though and taken together they all add up to a decent making of. ‘The Duality of Us’ is a particularly good feature, allowing Peele to explain the ideas and themes explored in the film. The deleted scenes are better than usual too, with a couple of moments I’m surprised they cut out, such as a poignant and quietly powerful scene where Gabe and Zora talk about whether this is the end of the world.

It’s a shame there’s no commentary, but what’s here is pretty good and answers some of the questions I had, so it’s not a bad package at all.