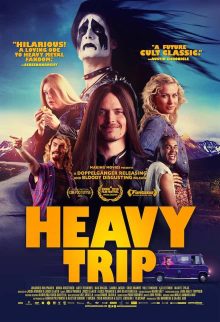 Rock music and comedy have been popular bedfellows for a long time, with more than a few films fusing the two forms of entertainment over the years. The most popular is probably This is Spinal Tap, which I count as one of my very favourite films of all time. The marketing of many films that have followed lay claim to being ‘as good as’, ‘the next’ or even ‘better than’ Spinal Tap but none have ever matched it in my opinion so I rarely put much confidence into such statements. The latest film to cite Spinal Tap in its marketing material did pique my interest though. Heavy Trip calls itself a ‘Finnish version of Spinal Tap’ and the unique Finnish angle intrigued me, given my wife hails from the country, but also the fact the film follows the trials and tribulations of a true metal band (true to the style, not an actual real-life band). I’m hardly a black-clad metalhead but I am partial to a bit of the heavy stuff now and again and find the genre often poorly served on-screen. Often metal music and its fans are only shown in a derogatory sense in cheap gags, or in a sanitised ‘hard pop/rock’ form instead of the ‘real thing’. So Heavy Trip intrigued me enough to request a copy to review. Plus I knew I was heading to Finland around the time of its release so figured I could take it with me to watch there with the in-laws.

The film finds a group of head-banging friends still rehearsing in one of their parents’ reindeer slaughterhouse after being together for 12 years without ever once getting a gig. Jyrki (Antti Heikkinen) is keen though and convinces the rest of the band to try to write their own songs as no one will book them for purely playing covers like they have for over a decade. They struggle to come up with anything original though, until a bizarre accident at the slaughterhouse creates some sonic inspiration. Lead singer Turo (Johannes Holopainen) meanwhile draws from personal frustrations with unrequited love and a lack of courage to come up with passionate lyrics. These two new factors lead the group to record their first demo which they believe will lead to fame and fortune. 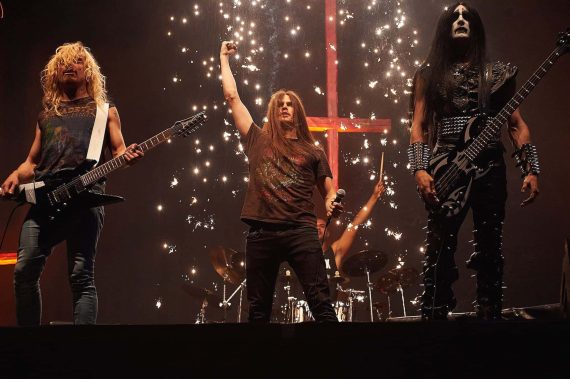 A big break falls into their laps when the promoter of a renowned Norwegian metal festival arrives at the slaughterhouse one day. They mistake him for a health inspector at first and accidentally cover him in blood, sending him storming out, but not before Jyrki thrusts a demo tape in his hands. They don’t hear from the promoter anytime soon after that but a rumour that the boys will play the festival spread around town and Turo stokes the flames of this whilst enjoying the newfound respect he’s obtained around town. In particular, the woman he loves, Miia (Minka Kuustonen), is mightily impressed and his rival to her affections, the low-rent pop entertainer Juoni (Ville Tiihonen), is knocked down several notches.

As his claims grow out of control though, he realises he must do something special to finally launch his now named ‘Impaled Rektum’ band into the stratosphere.

Heavy metals bands and fans might seem like an easy target to ridicule for their often indecipherable lyrics that tend to evoke overblown doom and gloom or bad fantasy literature, as well as their often outrageous hair and makeup. However, despite being an out-and-out comedy, Heavy Trip manages to pay reasonable respect to the genre of music and lifestyle it entails. Portraying metal as an inclusive and confidence-building ideal, it’s a surprisingly sweet and sentimental film for much of the time. 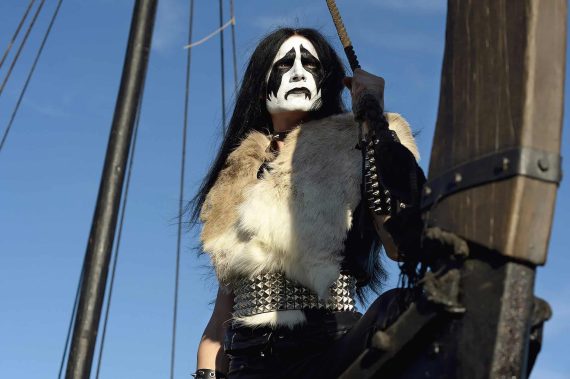 This approach does lead to one of the film’s problems though. As a drama, Heavy Trip is pretty cheesy and predictable. The romance that runs alongside the story is as basic as they come and a lot of the incidents later in the film are too clearly signposted to not be seen coming, despite the characters getting into some wild scenarios as it goes on.

Speaking of which, the crescendo of wackiness that builds over the later half of the film did get a bit much for me. I preferred the relatively down-to-earth first half than the ridiculously far-fetched madness of the second that got too silly for its own good.

In terms of comedy though, the area which perhaps matters most in such a film, Heavy Trip delivers. I watched the film with a diverse group of people, largely Finns, young(ish) and old, and we were all laughing out loud throughout. Mixing plenty of broad sight-gags with amusing but affectionate stabs at heavy-metal culture and small-town life, it’s a hugely enjoyable watch. 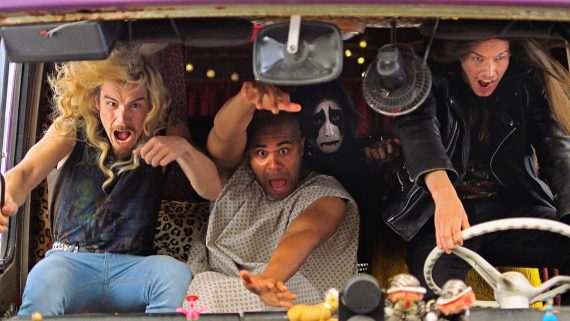 So, although it might not be a masterpiece by any stretch of the imagination and is certainly not on a par with the mighty Spinal Tap, it’s undeniably very funny. It may play things a little too large as it goes on and can be rather predictable but for producing belly-laughs like a good comedy should, it gets the job done and fans of metal will find much to love too.

Heavy Trip is out on 5th August on digital platforms in the UK, released by Sparky Pictures. The quality of the online copy I viewed was very good, with a sharp, detailed picture and strong audio.