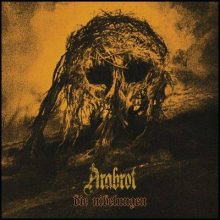 Notes for this Pelagic Records release explain the music for this soundtrack was performed and recorded live at the Tromsø international film fest in 2016. The music is performed by an expanded version of the Norwegian noise / avant-garde rock act Årabrot, teaming up with Swedish singer Karin Park, Norwegian percussionist Ane Marthe Sørlien Hole, multi-instrumentalist A.P Macarte (AHRKH, Gnod) and Andrew Liles (Nurse With Wound/Current 93); together they go by the name of Årabrot Speciale.

The music on track one builds from a combination of drones, and strange pitched shifted vocals. As the track evolves, a repeating one chord drone guitar comes to the surface alongside screams of dank sonic debris.  The music transitions to another part, where what sound like flutes echo harmoniously above whispery, reverb-drenched vocals. The piece is adorned with the aesthetics of black metal music, and certainly evokes a medieval atmosphere. 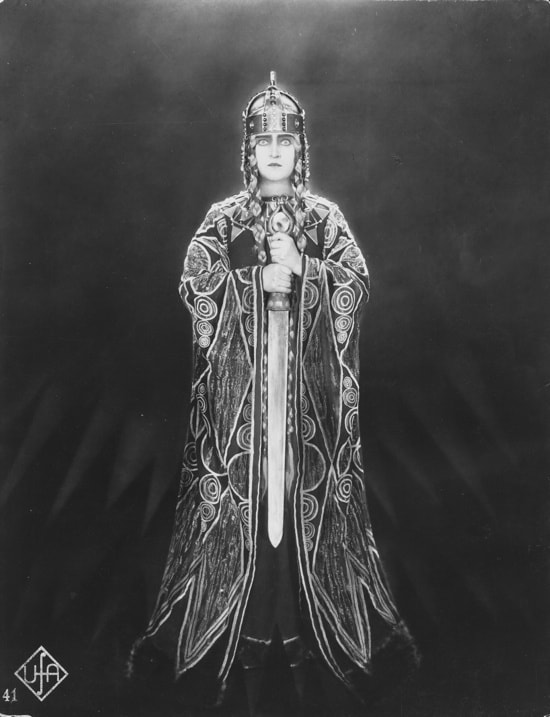 Fritz Lang’s directed Die Nibelungen, two short silent fantasy films in 1924, both based on parts of the epic poem Nibelungenlied. Whilst I have not seen these films, I suspect these two pieces of music evoke a suitable atmosphere for such films.

For the second track a beginning of thumping drum, more dank, dripping type textures, and what sounds like instruments being played backwards. It makes for a satanic and scary atmosphere, managing to build a martial type tension. One can imagine Knights on horses wandering through a misty forest in search of a maiden, or perhaps the holy grail. The atmospheres build in very sophisticated way, never overstaying their welcome, and constantly evolving. Further in to the track a more bold synthesised sound comes to dominate, and once again various sonic debris float above the drone, at one point what sounds like a roaring elephant (but I might be mistaken, perhaps it’s just a modular synthesiser). The  track comes to it’s end as the drone fades with more pitch shifted vocals that form an alien choir landed in a sixth century German forest. Then comes an interlude of what sound like marimbas and vibraphones acting as a bed for a theremin style melody, before the ending of proper death metal palmed guitar mixed with military war-like sound effects. 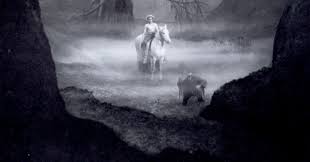 As a whole these pieces of music manage to bridge a black / death metal sensibility with the more experimental  / industrial style music. It would seem Andrew Liles has given the whole piece a magic touch, any fan of the recent releases from Nurse With Wound will recognise. These pieces of music work stand alone, and will no doubt add to the enjoyment of watching the silent films of Fritz Lang.

To be released on LP and digital download – 5th April 2019