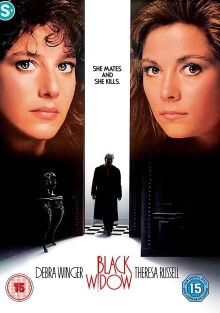 The late ’80s and early ’90s saw a slew of erotic or at least sexually charged thrillers that took the idea of the film noir ‘femme fatale’ and gave her a modern, more blatantly sexualised twist. At surface value, this might seem like a forward thinking trend of giving women powerful roles instead of throwaway ‘eye-candy’ appearances, but, as film historians Julie Kirgo and Nick Redman discuss in the commentary included on this release, the reason behind this wave of strong villainous women was likely down to the still male-dominated industry (and male-dominated business world in general) being scared of the growing power women were enjoying at the time. Back in the late ’40s and early ’50s, when film noir was born, women were more frequently entering the workplace due to the war, so men were afraid of them taking their traditional places as the breadwinners. In the ’80s, women were finally starting to attain positions of power in the business world (although things still aren’t balanced), so the fear came back.

Black Widow was part of this wave and sees Theresa Russell play the titular Black Widow, a chameleonic character (of too many names to pick one here, so I’ll stick with the title) who makes a living by seducing rich men, marrying them, then undetectably murdering them, so she can keep their fortunes to herself. She then changes her identity and moves onto the next victim. So it’s very much playing into those ’80s fears then, but writer Ronald Bass put a bit of a spin on things to prevent the film from being too blatantly a symbol for male fear, by making the protagonist a woman too. Debra Winger plays Alexandra, a Federal Investigator who is bored of her desk-bound research job and longs to be in the field, solving cases first hand. She comes across some strange deaths of wealthy men and looks into the cases to find the wife of each victim looks similar, even if on paper they are different women. She begs her boss to let her take on the case, which he lets her do, as he thinks she’s crazy. There’s no evidence of murder and the Black Widow’s hair and make-up changes make it hard to prove she’s the same woman. 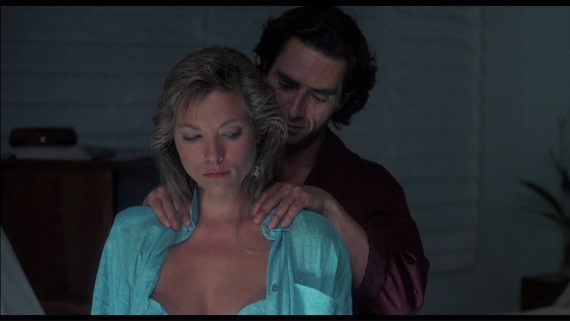 When Alexandra gets close to catching the Black Widow in the act though, her next victim, William (Nicol Williamson), is found dead. Alexandra is devastated as she had a chance to tell William about her theory about his wife, so she quits her job and heads to Hawaii (the last known location of the Widow) to put an end to her reign of terror herself. To do this, she must learn to be like her nemesis and the closer she gets to the Widow, the more she discovers her own sexual powers, turning from a tomboy into a ‘true’ woman.

So, that final turn of character I mentioned demonstrates how the film isn’t quite the feminist-friendly tale its (male) creators likely thought it would be. The whole idea of being sexy and not ‘one of the guys’ to become a better woman is rather outdated and sexist in my opinion.

I shouldn’t spend all of this review discussing the sexual politics of the film though, as I’m no expert on the subject and will either end up talking nonsense or get myself into trouble. Away from any possibly dated content then, the film is particularly well made. It saw two respected members of the film industry, director Bob Rafelson (Five Easy Pieces, The King of Marvin Gardens) and cinematographer Conrad L. Hall (Butch Cassidy and the Sundance Kid, American Beauty, Road to Perdition) return from long career hiatuses. They both deliver the goods with Rafelson crafting a classy, well performed thriller that quickly draws you in and keeps you there. Hall shows once again that he was one of the best DOPs of the 20th century, making stunning use of locations and low-key, moody, neon-tinged lighting. 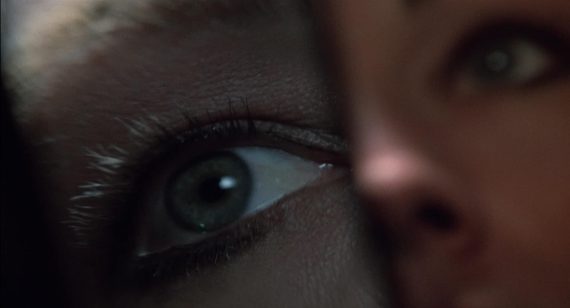 Winger makes a great lead too, showing why she was so in demand at the time (particularly after the success of An Officer and a Gentleman and Terms of Endearment). It’s a crying shame she drifted off the map soon afterwards, but I guess it was a disturbing trend for actresses at the time, and often still now, to disappear once they got past their mid-thirties (I’ll get off my soap box again – I’m not sure what got into me today). I wasn’t quite as sold on Russell though here. She’s not bad, but felt a bit one-dimensional (perhaps the writing should be blamed for this) and her couple of child-like paddies seemed out of place.

There are some predictable elements here and there, particularly the ‘twist’ ending that wasn’t all that surprising, but overall it’s an engrossing, attractively lensed thriller that doesn’t break any new ground and feels a little of its time in its sexual politics, but remains an enjoyable pot-boiler.

Black Widow is out now on Blu-Ray & DVD in the UK, released by Signal One Entertainment. I watched the Blu-Ray version and the transfer is excellent, perfectly showcasing Conrad Hall’s beautiful photography.

There are plenty of special effects featured on the disc too. Here’s the list:

It’s a solid set of extras, which go into great depth as to the film’s history and reception.