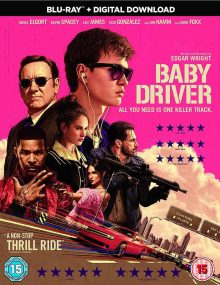 Edgar Wright’s Baby Driver opened in cinemas early last summer to rave reviews and surprising box office success. I was immensely excited about watching it due not only to the critical response, but because the film looked like it was made just for me. I love a good car chase film, I’m a huge music fan and I do enjoy the work of Edgar Wright, even if his films can be flawed in places. When I finally did see it I was left quite disappointed and ended up being one of the few dissenting voices online whilst almost everyone else lavished praise on it. I didn’t hate the film, but it annoyed me how almost everyone in the world loved this film that on paper I should have adored but didn’t. After my anger subsided however, I was keen to rewatch the film to see if it was merely my over-hyping of the film that caused the let-down. So when I was offered a copy of the Blu-Ray release of Baby Driverto review I went for it.

The film follows Baby (Ansel Elgort), a tinnitus sufferer who constantly listens to music to drown out the ringing and has been drawn into a life of crime as a getaway driver, following the death of his mother. He owes money to Doc (Kevin Spacey), who is forcing Baby to do bank jobs for him to pay back his debt. Baby isn’t happy with his ‘career’ though, as the heists get more violent and public. He vows to give it all up once he’s paid off his debt, but Doc won’t accept this and strong-arms him back. Meanwhile, Baby develops a relationship with waitress Debora (Lily James) who works in a diner he frequents. They fall in love and Baby vows to fulfil Debora’s dream of heading “west on 20 in a car I can’t afford with a plan I don’t have”. First he needs to get free of Doc though, which isn’t going to be easy, particularly as his fellow bank job gang members begin to distrust him.

My second watch of Baby Driver saw some elements standing stronger than I remembered, but others still disappointing. I’ll start with the positives. The film’s central concept of using the rhythm of Baby’s iPod tracks to drive and choreograph the action scenes is brilliantly imagined. In the first half of the film in particular, Wright delivers two fantastic car chases in which every tyre screech, gun shot and heart-stopping manoeuvre is timed perfectly to the music. There are also a couple of ‘dance’ sequences, following Baby on foot, that almost look to be straight out of a musical rather than an action film, and are all the better for it. The songs chosen for the soundtrack are fantastic too. Wright has an ear for music that rivals directors like Scorsese and Tarantino, and he compiles a richly varied playlist of gems without making many obvious over-played choices. They all fit their scenes perfectly too, making for an aural treat. 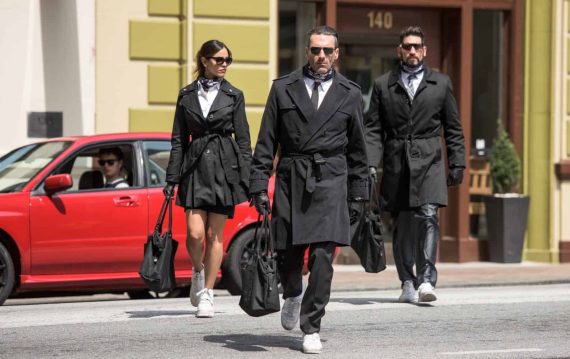 This brings me to my first, and easily pickiest, problem with the film. I felt like the sound mix was weak in the action scenes. Everything is driven by the music, but it felt too low in the mix to truly come through. Maybe this is me being extra critical, but it bothered me on both viewings. The on-foot musical sequences don’t have this problem, just the action scenes. Queen’s Brighton Rock in particular is barely audible in the finale, which is a shame after the track is built up previously in the film.

I have less technical, niggling problems with the film though. One is Ansel Elgort. He has a good look for the part and he and James have the chemistry to make the central romance believable (helped largely by James, who is very good but underused). Unfortunately I felt he didn’t have the charisma to lead the film. He’s a bit too bland and wooden in my opinion. His lighter moments when he’s dancing around at home with his blind foster dad Joseph (CJ Jones) are refreshingly goofy, but I don’t feel he pulls off the stony, cool character elsewhere. Maybe that’s the point and maybe it’s Wright’s fault in his writing and direction, but Baby just felt a bit flat to me. Luckily some of the supporting cast make up for things. Spacey is particularly good and seems to be relishing his arsehole villain role. Foxx and Hamm are enjoyable to watch too.

Its within the writing where the film’s greatest flaws lie though. The story is nothing new so is rather predictable and uninspiring, particularly when set against the unique style of the film. This didn’t bother me too much though as a simple story can still work if pulled off effectively and with style. However, after a particularly strong first half, the film meanders a little in the middle and falls foul of some poor choices in the final act. In particular, there are two huge character shifts (in Baby and Doc) that I didn’t buy whatsoever. I wasn’t a fan of the coda that follows either. I don’t mind the end result, but the execution of it is rather cheesy and unnecessarily drawn out. It could have worked had it been simpler and subtler. It’s hard to go into too much detail without spoiling the film though.

I also felt the set pieces in the second half were less impressive than in the first. There’s a foot chase that’s pretty good, but the climactic car chase is most disappointing. The beautifully choreographed, graceful action of the opening scene is replaced with angry, violent, relentless smashing of cars. You could argue it fits the changes of character and situation, but it made for a weak finale to an action movie in my eyes. 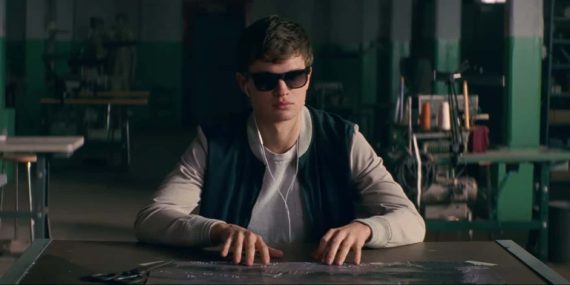 So I found this second viewing of Baby Driver as frustrating as my first. My comments might make it sound like I hate the film, but I don’t. It’s frustrating because it feels like it could be absolutely amazing, when instead it’s just good. There are some fantastic scenes in the film and when all the elements are in sync, Baby Driver really sings (excuse the phrase). However, there are some core elements that keep the film from delivering the full package. It’s a case of style over substance that could have got away with it, had it kept up the momentum of the first half. However, some poorly motivated and drastic character shifts, a weak lead performance, and a change in style during the final act, make for a fun, but ultimately disappointing film that doesn’t deserve the ludicrous levels of praise being aimed towards it.

Baby Driver is out on Digital Download 27th October 2017, on 4K Ultra HD™/Blu-ray™ Combo Pack, Blu-ray & DVD 13th November in the UK, released by Sony Pictures Home Entertainment. I saw the Blu-Ray version and the film looks and sounds fantastic.

There are a shed-load of special features included too. These include:

– Extended/Deleted Scenes – 20 minutes of extended scenes and a few moments that were dropped from the final cut.
– Mozart In A Go-Kart: Ansel Drives – Ride shotgun with star Ansel Elgort as he works with the talented stunt drivers to become the ultimate getaway driver.
– I Need A Killer Track: The Music – Explore how the film’s phenomenal soundtrack dictated both the writing process and all aspects of production on Baby Driver.
– That’s My Baby: Edgar Wright – Follow Edgar Wright’s vision of Baby Driver from its inception two decades ago, to its ultimate realization on the big screen.
– Meet Your New Crew: Doc’s Gang – Led by powerhouse Kevin Spacey, the cast assembled to form Doc’s gang is perfectly constructed with stars like Jamie Foxx and Jon Hamm as well as up and coming talent like Eiza González and Jon Bernthal. Go behind the scenes to see this talented group at work as they bring these characters to life.
– Find Something Funky On There: The Choreography – With every frame of Baby Driver set to a specific beat it took precise choreography by the cast, crew and editors to create a cinematic dance like nothing that’s been done before.  Hear from the choreographer and filmmakers on this groundbreaking process.
– Devil Behind The Wheel: The Car Chases – From closing down Atlanta’s interstates to creating eyepopping maneuvers for a variety of vehicles, witness the amazing craftsmanship and sheer determination that made the film’s incredible car chases possible.
– Animatics – Check out over 35 minutes of the numerous pre-vis animatics developed by Edgar Wright as part of his meticulous preparation.
– Ansel Elgort Audition – See firsthand the audition that proved without a doubt that Ansel Elgort was the perfect choice for Baby.
– Annotated Coffee Run Rehearsal – Day one of production involved one of the film’s most elaborately choreographed sequences where every movement is carefully crafted.  Check out the preliminary rehearsal and see the behind the scenes movement in concert with Ansel Elgort’s on camera choreography.
– Hair, Make Up & Costume Tests – In this stylized montage, witness the transformation of the actors through costume, hair and make-up tests.
– Mint Royale – “Blue Song” Music Video – This music video directed by Edgar years ago for the band Mint Royale showcases some early inspiration for Baby Driver.
– Complete Storyboard Gallery – See the elaborate storyboards developed for the film in this gallery featuring storyboards for the entire film.
– Director Commentary
– Filmmaker Commentary (Edgar Wright and Director of Photography Bill Pope)

It’s a stunningly comprehensive set of features. The two commentaries are excellent in particular. Wright is an engaging and enthusiastic speaker and provides plenty of background information about the filmmaking process. There’s little overlap between the tracks too, with his solo commentary focusing largely on pre-production and the writing and the other focusing on the production and technical aspects. Some of the extended and deleted scenes are interesting too, offering alternative tracks for some of the musical numbers and a slightly different cut for the ending (which I actually prefer in some aspects) as well as a particularly funny little scene where the heist gang wait in traffic next to a police car. The animatics are a nice addition too and show how well planned the film’s set pieces were. The making of and featurettes are also of a high standard.

All in all the bonus features are strong enough to recommend a purchase of the Blu-Ray, even if, like me, you don’t love the film!