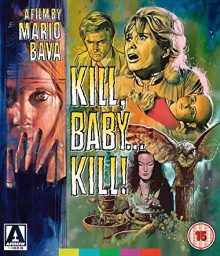 Kill, Baby…Kill! saw Mario Bava’s return to the horror genre after a hiatus to make, amongst other projects, the really rather awesome Knives of the Avenger (Bava, while always prolific within horror, dabbled in many genres including westerns and sword & sandal epics) and what an exhilarating return to the genre that made his name. Saturated in gothic dreaminess, Kill, Baby…Kill! sees Giacomo Rossi Stuart’s (The Night Evelyn Came Out of the Grave) doctor head to a remote village to investigate the peculiar death of a local woman. Upon his arrival he his met by a village in the grip of paranoia as they believe the spirit of a child, dead some years, is now haunting them with the intention of murderous revenge. While the doctor clings to logical reasoning, the town, it’s decent into spiralling madness and the secrets that lie within its mysterious Villa Graps would seem to confirm something much more otherworldly is stirring. 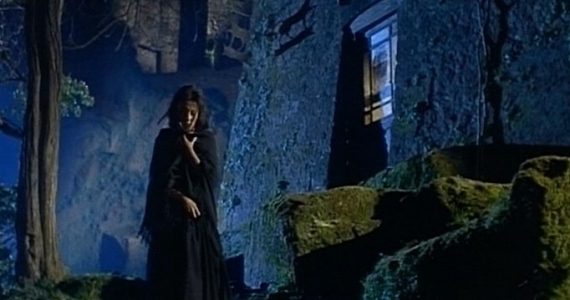 With a perpetual dreamlike state, garish colour scheme, and a tight control of tension, Kill, Baby…Kill! is Bava at, well, his most Bava. A straightforward spookfest it may appear, Bava then packs the streamlined narrative with gothic style, mist shrouded weirdness, moments of startling violence (that opening scene death!) and as many camera tricks as he can think of. Crash zooms, extreme close ups, unsettling images of people staring through windows and come the finale some impressive in-camera time-warp trickery that all coalesce to deliver a giddy, gory, gorgeous ride. Leaving ambiguity mercifully on the wayside, Bava makes no bones about this being a supernatural tale as the protagonists are stalked by the apparition of a dead child. Despite the supernatural slant it no less dampens the surreal vibe Bava creates, as when the doctor reaches the village the sense of being stuck in a living nightmare (for both the characters and the audience) is ever present and thick with dread. 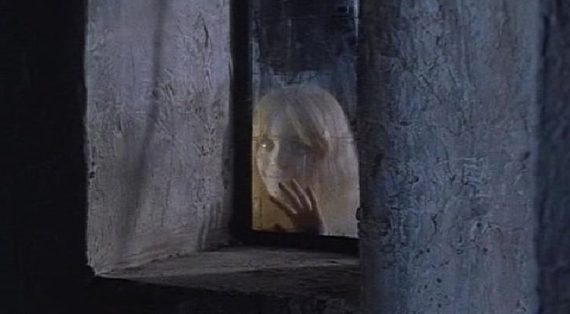 Bava is perhaps one of the key originators of surreal nightmare horror or at least an early director who truly mastered it, with his influence evident on the likes of such lauded filmmakers as David Lynch and Tim Burton. While Kill, Baby…Kill! might not quite be his gothic horror masterpiece (Blood & Black Lace deserves that top spot in this two-bit reviewer’s no good eyes) it’s nevertheless a grand spectacle of bygone garish Italian horror.

Kill, Baby…Kill! is released on dual format Blu Ray and DVD from Arrow Video on 11th September 2017. As expected there is a plethora of impressive extras including:
– audio commentary by Mario Bava expert Tim Lucas
– The Devil’s Daughter: Mario Bava and the Gothic child a video essay by critic Kat Ellinger
– Kill, Bava, Kill! an interview with the director’s son and filmmaker Lamberto Bava
– reversible sleeve with original and newly crafted artwork
– a collector’s booklet and much more.