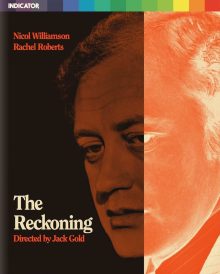 Another of Indicator’s obscure British film re-releases this month (which also include The Deadly Affair, A Day in the Death of Joe Egg and The National Health), is Jack Gold’s The Reckoning. As with the other titles, I hadn’t heard of this before, but it caught my eye due to some positive reviews knocking around and the press citing it as being similar and of equal standard to Get Carter (the original, not the God-awful Sylvester Stallone remake of course).

Like Get Carter, The Reckoning sees its protagonist travel up north from London to find a loved one murdered. This time around it’s Liverpool that Michael Marler (Nicol Williamson) travels to, as his father is dead. The doctors declare it a straight forward heart attack, but a friend of his father tells Michael he was attacked by some anglo-saxon teddy boys the day before, which caused his death. Unlike Carter however, Michael is no gangster out for revenge. He’s a businessman who moved down south from his Liverpool home and never looked back. He’s brutal in his approach to his line of work though and his working class Irish heritage requires him to deal with those responsible for his father’s death, as the police aren’t interested. So Michael spends much of the film tormented as to what to do about the situation. Meanwhile he finds being back home rejuvenating after feeling suffocated and bored with his high flying but superficial existence in the capital. In particular, he’s fed up of his cold-hearted wife Rosemary (Ann Bell) and the battle for a promotion in the company he works for. The trip up north seems to provide him the impetus to do something about this though. 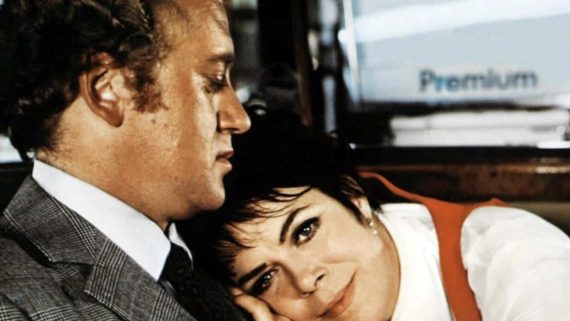 So it wasn’t quite the Get Carter prototype I was expecting (it was released a year previously). Instead it was something all the more rich and, dare I say it, a little better than what is often considered Michael Caine’s finest hour. The Reckoning plays like an examination of the class divide fused with a tough revenge thriller. And tough it certainly is. There’s not a huge amount of on screen violence, but it’s an incredibly vicious, aggressive and ugly film. Most of the characters are despicable, including Michael, who won’t let anyone get in the way of what he wants and is constantly yelling abuse at people.

This violent temperament, on top of a few short bursts of action (including some terrifyingly dangerous driving sequences) and an occasionally quite punchy editing style, make for an incredibly intense film, which is pretty impressive considering the film is really just about a businessman travelling up north to see his dead father.

Williamson’s lead performance is key to this intensity. He’s a frightening presence on screen, yet shows enough inner turmoil and anguish to keep you watching and make him feel human. It’s seriously one of the most powerful performances of the era and I’m surprised Williamson isn’t better known (although from what people say in the special features, it sounds like he was a bit of an arsehole in real life). 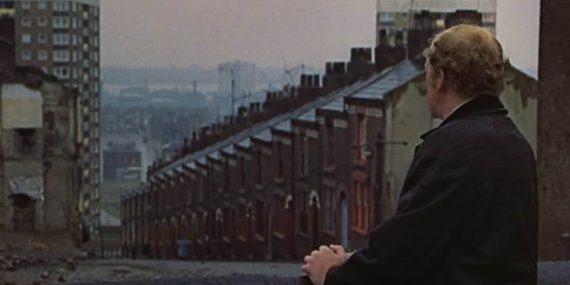 One thing that’s not so ugly in the film is how Gold and his cinematographer Geoffrey Unsworth (2001: A Space Odyssey, Superman, Cabaret etc.) capture their locations. Getting across the difference between the opulence down south and grim conditions up north is key to the film and they convey this perfectly, whilst simultaneously displaying a certain beauty in the ruins and endless terraced housing of Liverpool. This helps the audience appreciate Michael’s newfound love for his hometown, despite the issues he faces and deprivation evident in the city. The music is excellent too, mixing a moody, cool 70’s score by Malcolm Arnold with some Irish folk songs alluding to Michael’s father’s past. It’s a real shame the soundtrack isn’t available to buy as I’d love to get hold of it.

It’s a breathtaking, tough and intense film overall, but not necessarily in the action-packed ‘man on a mission’ way I expected. Instead it’s a cruel and brutal look at the class divide and what it takes and means to cross over it. This is no upstairs-downstairs Downton Abbey bullsh*t though. It’s a sledgehammer to the face of the toffs on top that don’t have a clue what’s going on north of the M25 and sees a former working class man use the no-nonsense methods of his heritage to get what he wants in the world of dinner parties and Jaguars. With an awesome central performance, a strong sense of place and tremendous energy and bitterness, it’s a cold, hard masterpiece that needs to be better known.

The Reckoning is being re-released on 28th August by Powerhouse Films on Dual Format Blu-Ray & DVD as part of their Indicator label in the UK. I saw the Blu-Ray version and the picture and sound quality are both excellent.

The Matthew Sweet piece is great, giving some insight into where the film was coming from culturally, as well as information as to its production and reception. The interviews are also worth a watch and the booklet is as excellent as ever too.