It’s that time of the month again. Once again I found time in my reviewing schedule to watch three films from my unwieldily collection, selected by my friends, family and fellow bloggers. 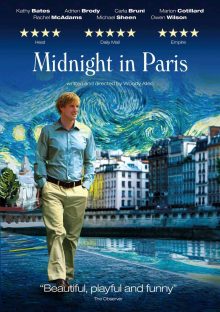 I can be a bit hit and miss with Woody Allen films and unfortunately Midnight in Paris fell in the latter camp for me. It wasn’t a terribly made film, Owen Wilson was fine as the lead and it looks pretty, but there were a couple of characteristics it had that really grated for me. The prime gripe I had was that it was a ‘name-drop’ film. This may be a phrase I’ve only just coined myself now, so I’ll try to explain. It’s the sort of film that revels in throwing in famous people into the mix constantly, here literary icons, largely just to show how cultured and well-read the writer is. Only Lovers Left Alive suffered from the same problem, where all of the supposedly witty lines in the film consisted of the lead characters discussing which famous people from history they’d known and how their well known personas fitted within the world created by the film. In Midnight in Paris we at least see these famous people, but I grew quickly tired of the concept of Wilson’s character bumping into YET ANOTHER famous author and asking for their advice about his book. It all felt too laboured and repetitive to me. Plus Allen felt the need to yet again have his lead character be stuck in a relationship he wasn’t happy with, then falling for someone outside of his usual world. I’m sorry, but I’ve totally lost interest in that story after Allen covered it dozens of times in previous work. So unfortunately Midnight in Paris did very little for me. I haven’t given it too low a rating here, because it’s not necessarily what I’d call a ‘bad film’, I just didn’t enjoy it at all. 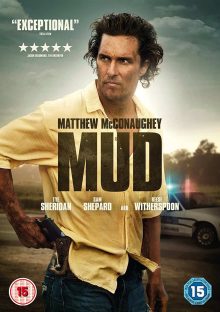 This is more like it. I’d actually only seen one Jeff Nichols film prior to this (Shotgun Stories), but I know he has a lot of fans, so I was keen to watch Mud and was happy to see it get a couple of votes for my challenge. It didn’t disappoint either. Like Shotgun Stories, it’s an engrossing look at life out in the styx of Arkansas. I’ve always been a sucker for coming of age stories and this sees two young boys learn a few life lessons as they get into trouble by helping out a mysterious, charismatic drifter (played by Matthew McConaughey). So it worked a treat for me, particularly as it’s so well performed and directed. It’s not action-packed, but remains quietly thrilling and engrossing throughout although it’s ending seemed a little generic and neat. 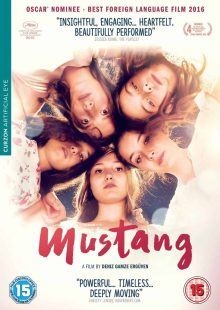 This is another title I was particularly excited about watching after hearing a lot of great things about it. I hadn’t read too far into the film though, so didn’t know what to expect from the story. I knew it had been compared to The Virgin Suicides and rightfully so, as it’s another tale of repressed teenage female sexuality amongst a group of sisters. However, Mustang has a more naturalistic presentation and a political angle as it damns the patriarchal society of Turkey and the practise of arranged marriages. The young girls have been originally brought up to be free-spirited, modern women, but they are imprisoned in their own home after an innocent day out with a group of boys, then married off.

It’s a powerful story, told with sensitivity and a keen eye for the bond between siblings and teenage sexuality without ever feeling exploitative. It’s the sort of film I’m keen to show to my girls in a decade or so when they’re approaching the right age. It beautifully portrays the importance of freedom and the dangers of repression. Perfectly performed and shot, and efficiently written, it’s a hard film to fault.

Up next in September: