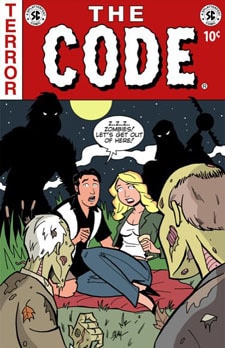 Our first Short Film Showcase of the year is Mark Blitch’s The Code, a a horror short written and produced for the 2011 Splatterfest short film contest.

The film swept the board at Splatterfest, taking home 11 awards and has an impressive ‘92% funny’ rating on Funny or Die.

It’s rather daft and wasn’t really slickly made enough to totally blow me away, but I enjoyed it while it lasted. If you fancy a chuckle, check it out below and hop over to Funny or Die to rate it if you like.