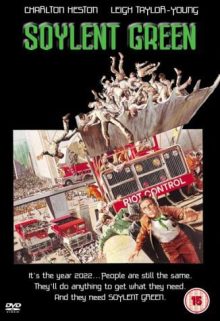 Soylent Green is one of those older films that still has the power to unsettle the viewer a little, despite being made over forty years ago. And, like a number of other, more mature, ‘classic’ sci-fi films, many of the points about modern society that it was trying to make back in the early 1970s are still very relevant today.

I’d seen the film some years ago, so I wasn’t shocked by the final twist in the tale, as I was the first time I saw it over twenty years ago, but I still found that it resonated with me, but this time round on a different level.

Beginning with a nicely put together, and at times very disturbing, pictorial recap of modern history, leading to the film’s ‘modern day’, Soylent Green then sets its scene by telling us it’s now 2022 in New York City, which has a population of 40 million. The government has mandated curfews, and rationed food because there is so little. Twenty million people are out of work, and the majority of less fortunate people seem to sleep rough, in their cars, or in over-crowded tenement blocks, where many are forced to sleep in stairwells or, basically, anywhere there’s a bit of room to lie down. 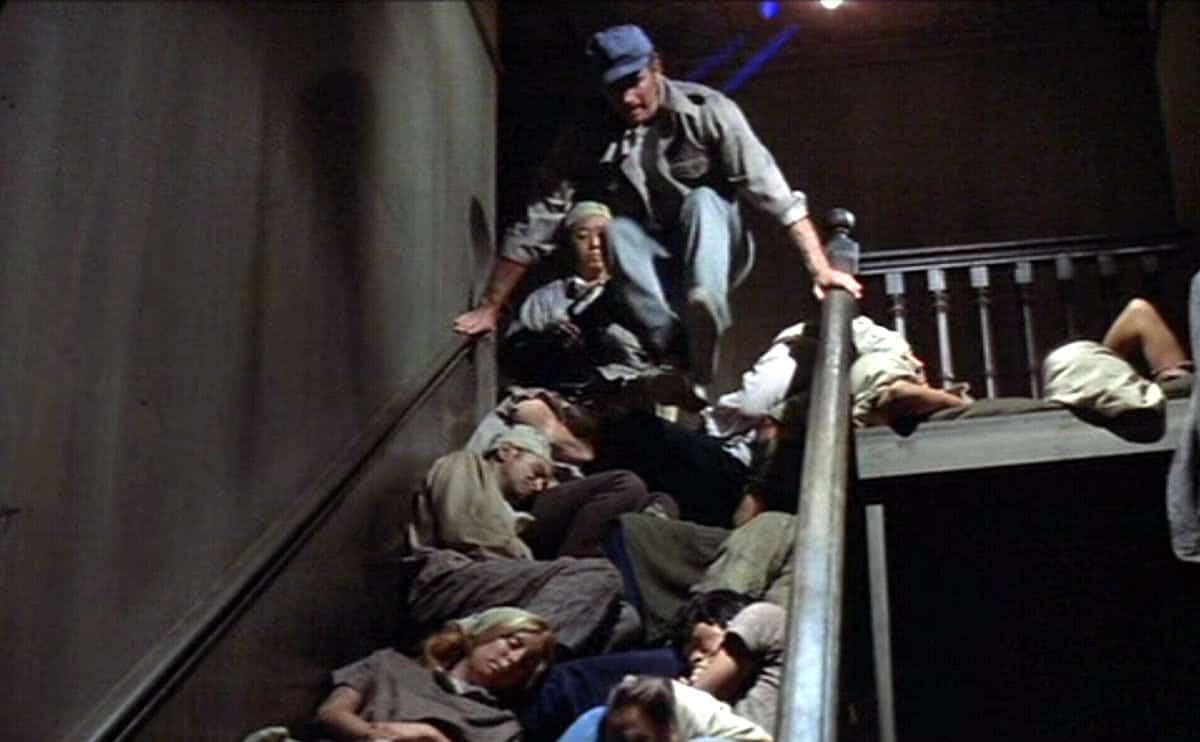 One such tenement block houses our hero, Thorn (Heston), who is a police detective, and shares his cluttered apartment with an old chap, Sol (Robinson), who acts as his personal researcher for crimes, and is referred to by the authorities as a ‘book’. When a rich and powerful politician, Simonson (Cotton) is murdered, it’s Thorn who is tasked with investigating. After visiting the dead man’s luxury flat, and helping himself to some expensive booze and other items along the way, Thorn soon realises that there’s more to the case than what his boss reckons is just a burglary gone wrong, and he starts to delve deeper into the mystery, a mystery that has very serious ramifications for the wider population as a whole.

Of all the sci-fi films I’ve seen, Soylent Green is probably the most disturbing as it feels like an all too possible future if mankind doesn’t wake up to its environmental responsibilities. With the world population forecast to grow to 9.7 billion, by 2050, the bleak future that Soylent posits is all too likely… hence, never before has there been a time more pressing to actually deal with such issues on a worldwide scale. Sadly, with Trump in the Whitehouse, and other large growing economies routinely disregarding environmental issues, I don’t see any real positive change on the horizon…

So, let me clamber off my soap-box and return to my review. Sorry about that! 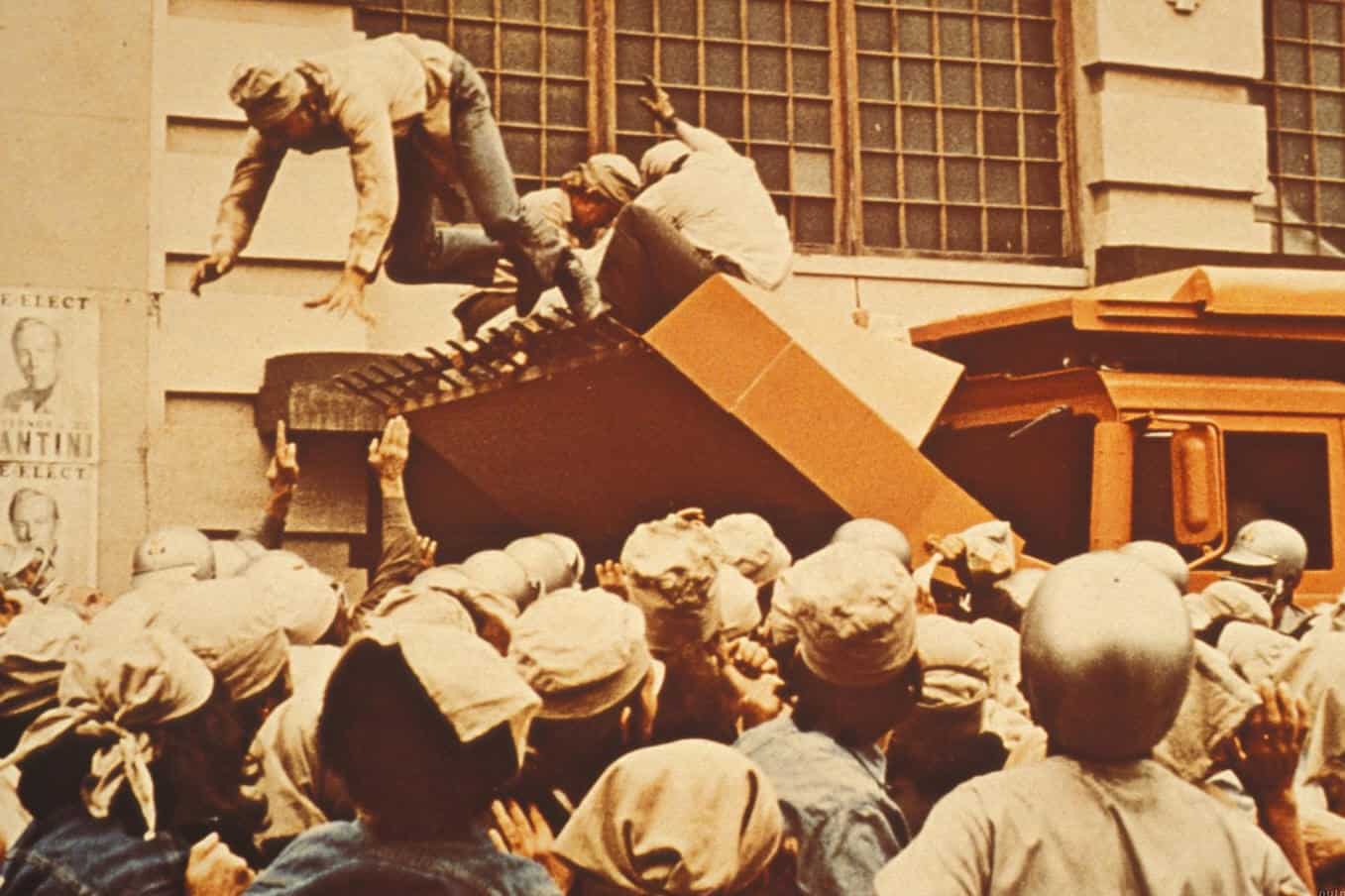 Solyent Green is a thinking person’s sci-fi movie, and much of the future technology stuff is firmly rooted in the now and the very probable. But what really sets the movie apart from many of its competitors, if you like, is the way it portrays people from all walks of life; many of which are defined solely by their trade, such as Sol – the ‘book’, or Cheryl – the ‘furniture’. For your information ‘furniture’ are typically women who come with an apartment as an additional accessory; a lounge-based escort if you like.

I don’t want to go into any more details about the plot, in case readers haven’t seen it yet, but I will mention the cool score by Lalo Schifrin and the large-scale set-pieces involving hundreds of extras – most impressive.

On the acting front, all the featured actors do a good job, but I really liked the pairing of Heston and Robinson, and all the scenes that these two heavy-weights of the silver screen share are well worth the price of admission alone. In fact, their final scene together is very touching as Sol reveals the truth he’s discovered to Thorn; a scene of great power, but also tenderness and humanity.

Overall, Solyent Green is a remarkable film, one which holds the interest throughout and delivers on its initial promise, and ending, as do many of Charlton Heston’s sci-fi films, with a dozy of a final scene and shot.

Released as part of the Warner Bros ‘Classic Collection’, Solyent Green is available on Blu-ray and DVD and looks great for its age. The film comes with a number of special features including:

A trailer (3.5 mins) – this most definitely shows too much so I’d avoid watching it before you see the film;

A look at the world of Soylent Green (10 mins) – a bit of PR fluff really, but still entertaining and worth a look. It includes some behind the scenes footage which clearly shows just how many extras they had on set; 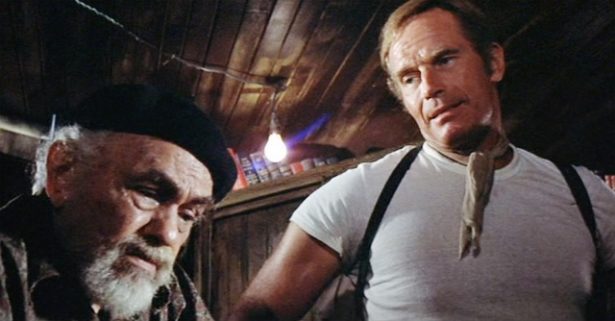