I’m back on track now after blitzing April’s films ready for my overly epic pile of screeners due for review in May. Watch this space for those. Meanwhile, here are my thoughts on this month’s Cracking the Collection films: 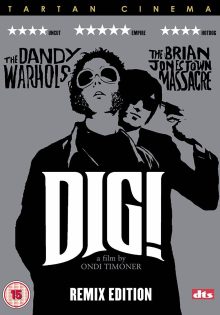 This music documentary has been on my watchlist for a good long time, so I’m delighted that Lloyd selected it for my challenge. The film didn’t disappoint either. Telling the simultaneous stories of 90s bands The Brian Jonestown Massacre and The Dandy Warhols as they follow quite different career paths, it’s a truly warts and all look at the unglamorous and tough world of the music industry. Lead singer and songwriter for the BJM, Anton Newcombe, gets most attention, largely because his prodigious talent, drug problems and God complex make him quite a fascinating subject. His high opinion of himself and desire to be a household name conflict with his bitter distaste for the money men in charge, making for compulsive viewing, particularly when intercutting with the success of The Dandy Warhols as they find fame in Europe after ‘Bohemian Like You’ becomes a hit. It maybe could have been a tad shorter and the subjects are largely knob heads, so it’s not always an easy or enjoyable watch, but for an unflinching look at life in a band and the price of fame or lack thereof, it’s pretty much unparalleled. 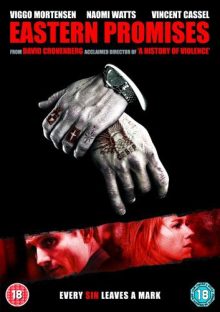 I’ve heard very good things about this and David Cronenberg is usually a safe pair of hands, so I was keen for it to come along in the challenge. Set in London, it tells a story of Russian gangsters alongside that of midwife Noami Watts, who gets entangled in their world after a drug addled prostitute dies giving birth and she grows determined to find the child’s family. The prostitute’s diary leads her to the home of a Russian mob boss (Armin Mueller-Stahl), who uses his dark charm to try and lead her away from truth whilst his wild son (Vincent Cassel) and his partner (Viggo Mortensen) cause problems within the criminal underworld.

I enjoyed this and it’s classily presented as expected, although I couldn’t help feeling a little disappointed. It has that same larger than life, slightly ridiculous presentation that A History of Violence did and, like with that film, I didn’t quite tap into it. The film feels a little too over the top, trashy and cliché at times. I could see some of the twists a mile off too. However, Mortensen is great to watch and there are some shocking scenes of violence which set it apart from your average gangster movies. The infamous Turkish bath fight is particularly well staged. So I’m glad I finally watched it and it was decent, but it’s not going to go down as a particular favourite. 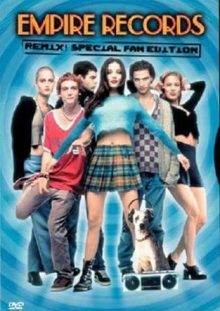 Empire Records was a film I was prepared to possibly not like once it came up as a selection for the challenge. I know a few people adore it, but I’ve also heard some pretty bad things about it. Unfortunately I fall into the latter category. It’s a painfully dated look at one day in the life of an independent music store. This is no normal day though. The night before, one particularly ‘quirky’ character learns that the shop is due to be taken over by a corporation, so takes the money from the safe and tries to multiply it by taking it to Atlantic City’s casinos. He of course loses all the money, so gets himself and the record store into a lot of trouble. This story doesn’t get developed much further until the final act though. The rest of the film presents us with some generic teenage ‘issues’ faced by the horrifically stereotyped employees of the shop. The characters all feel like they’ve been written by someone middle aged and completely out of touch with the real ‘cool kids’ she’s trying to create. It’s endlessly grating and smacks of the wave of ropey Tarantino and Kevin Smith imitators we got in the 90s, saved only by a decent soundtrack and a couple of fun moments, largely involving an ageing has been star who arrives to do a signing.

Up next in May: