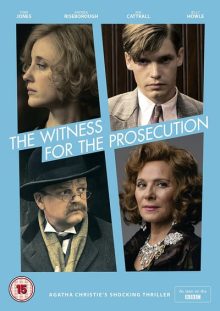 After last year’s critically acclaimed adaptation of And Then There Were None, expectations were high for the latest Christie show from Sarah Phelps. A two-part tale full of intrigue, suspense and atmosphere, The Witness For The Prosecution does not disappoint. The plot has more twists than the eerily smog-filled backstreets of London, while characterisation, acting and cinematography combine to create a dark and gripping thriller. Phelps has succeeded in turning a courtroom drama into a never-a-dull-moment suspense tale that is beautiful to watch. I have tried to avoid spoilers in this review, but proceed with caution.

So, it’s a murder mystery. The set up: It’s the 1920s, and London is still overshadowed with the ghost of war. When rich but lonely society lady Emily French is found murdered in her home, suspicion immediately falls on poor ex-soldier and reluctant toyboy Leonard Vole. It seems like an open and shut case, but Vole’s solicitor John Mayhew is desperate to prove his innocence. He enlists the help of Vole’s wife Romaine, hoping she will prove the key to his defence, but she soon proves to be a less than reliable witness. 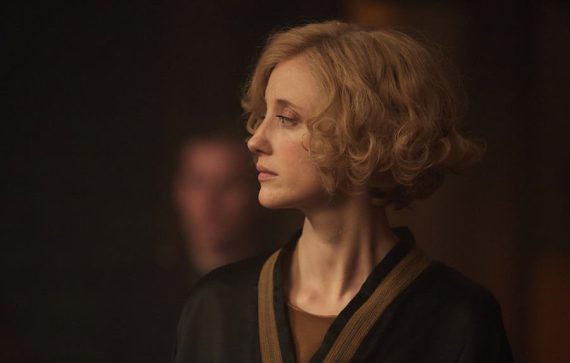 As the case continues we follow Mayhew through drama and deceit, each twist unfolding against the backdrop of London’s dark underworld and Mayhew’s own concealed past. The personal and political gradually become indistinguishable, leading to a conclusion in which all characters arguably get exactly what they deserve.

In the many adaptations of Christie’s work, one aspect that is often overlooked is the impact of the war on her characters and scenarios. It was almost entirely missing from And Then There Were None, with just a few brief references in the form of the Colonel. Not so in TWFTP. The war overshadows everything; each character seems shaped by their wartime experiences, while literally unable to escape the gas-like oppressiveness of London’s pea-souper smog. As Vole says in an embittered rant, the people of Britain feel abandoned. After enduring the horror of war the survivors were cast back into a world they no longer recognised, with nothing to show for their service but trauma. This view of post-war Britain is in stark contrast to the presentation we often get of a hard-won, stiff-upper-lip victory. It is unfair. And after all: losing everything means you have nothing to lose. 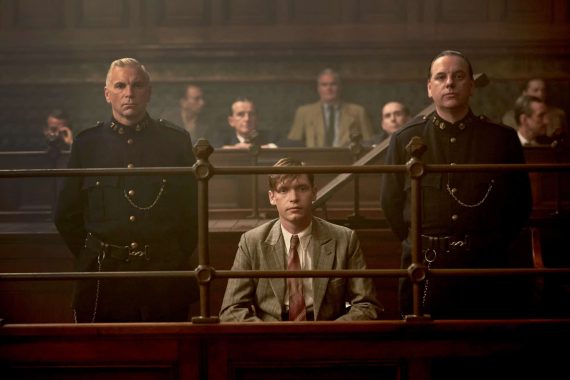 The message of shared responsibility so prevalent in post-war literature (yes, we’ve all studied An Inspector Calls) is certainly present here, and it makes Christie’s potentially archetypal characters into rounded, believable individuals. In TWFTP, Toby Jones’s John Mayhew stands out as an incredibly written character, a man who has deep, undeniable flaws but is still sympathetic enough to be relatable. On one hand Mayhew’s weakness is despicable, unforgivable – yet his desperation and selfishness are too recognisable for us to condemn him completely. In a show surrounded by drama and melodrama, masterminds and idiots, good and evil, Mayhew provides something almost uncomfortably real.

The other star of the show is Andrea Riseborough. Her enigmatic chorus girl Romaine shines, slipping effortlessly from helpless innocent to snarling demon and back. Even at her worst she is mesmerising, impossible to pin down right up to the end. Riseborough’s constantly shifting character remains, as all the best Christies do,  a mystery. 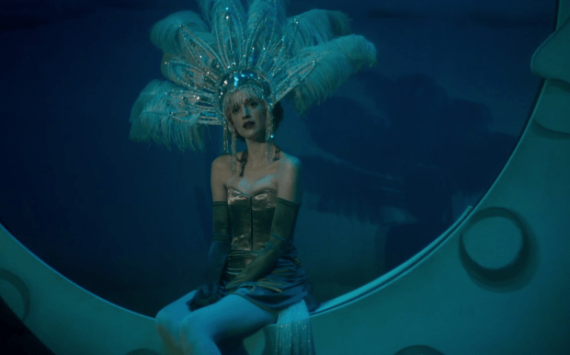 After 2015’s enthralling mini-series, Sarah Phelps’s Christie adaptation once again proves to be the highlight of Christmas telly. I eagerly await next year.