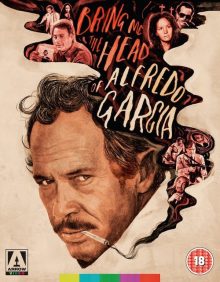 I’ve long been a huge fan of The Wild Bunch, but I’ve not seen much of the director Sam Peckinpah’s other work. I can remember watching Pat Garrett & Billy the Kid when I was a youngster, but I didn’t get into it and the mixed reviews some of his other work received put me off a bit. I’ve matured since then though, so I feel I might appreciate Pat Garrett more these days and I’m keen to venture further into Peckinpah’s filmography after a recent rewatch of The Wild Bunch reminded how fantastic it is. Arrow Video have helped me along by releasing his follow up to Pat Garrett, the unambiguously titled Bring Me the Head of Alfredo Garcia.

The film opens powerfully with a pregnant Mexican teenager, initially relaxing by a river, being taken in shackles to see her crime lord father (El Jefe – played by Emilio Fernández), who demands to find out who the father of her baby is. She refuses to say, until she has her arm or finger broken by some thugs and she cries out “Alfredo Garcia”. This leads to El Jefe making the titular order to his gang of hired heavies and crooks. Two cold-hearted, business-like men on the hunt for Garcia end up in a small bar where Bennie (Warren Oates) plays the piano. He’s heard of the man and is willing to find him for the right price. His girlfriend Elita (Isela Vega) had been sleeping around with Garcia and claims that he recently died in a car accident. Undeterred, Bennie takes Elita on a road trip to find Garcia’s body, chop off the head and deliver it to El Jeffe’s goons. This poor decision begins a domino effect though and Bennie sinks lower than it seems one man is able to descend.

It’s a grim and grimy film. Most of the characters are pretty reprehensible, even Elita has her flaws. There’s plenty of nudity, violence and general degradation as Bennie makes his bloody road trip. It certainly shares the grit and nihilism of The Wild Bunch as well as the strange sense of melancholy. The film supposedly plays like a metaphor for Peckinpah’s life and work. Like his endless problems with studio heads interfering with his films and never getting final cut on them (this was the first and possibly only time he got it), Bring Me the Head sees its hero get constantly shat on, particularly by those in positions of authority. Bennie also tries to drown his sorrows in drink with little success and loves his girlfriend but treats her poorly. You get the sense this is a surprisingly personal film then, despite the seemingly outlandish premise, so it is quite a bleak and angry affair.

The tone and pace can feel a bit disjointed at times though. As well as some vicious and violent passages, there are subdued moments between Elita and Bennie and some black comedy (I love the sequence when a bus of American tourists interrupt a violent road-side standoff). It makes for an odd watch at times, but when the film has come to an end you appreciate what came before and how it added to the whole experience. The latter half feels more clearly structured too, as Bennie spirals ever further towards hellish retribution for his actions. It becomes more of a revenge movie than a road movie or neo-western as he tries to reap his own warped sense of justice for what happens to him, ending in a typically violent and nihilistic finale. 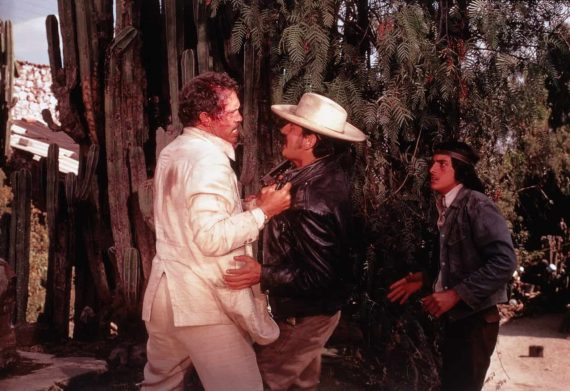 There are moments I wasn’t totally sold on though. I don’t quite understand the bit with Kris Kristofferson’s drifter character attempting to rape Elita for instance. After taking her away and exchanging slaps, which Elita seems pretty unfazed by, he walks away and she comes back to him. I’m not sure why this happens. I guess he doesn’t like that she doesn’t react like a victim so can’t get off on the abuse, but why does she go back after he walks out? To protect Bennie maybe, but it did almost seem like she wanted to be abused. With Peckinpah’s bad reputation with regards to his treatment of women it’s hard to guess his intentions.

Warren Oates is fantastic as always. It’s great to see him in a lead role, particularly one which allows him to show his full range as an actor. Bennie begins the film as a wannabe cool customer, but by the end he’s a mess – physically and mentally. Too often he played the side man, but this film is proof that he could take centre stage with ease. With watching this and The Hired Hand within a couple of months of one another, my admiration for Oates has really been growing rapidly.

From a technical standpoint, there’s some great editing, highlighted in some effective intercutting and overlapping audio in the opening sequence, and some of Peckinpah’s signature slow motion action works brilliantly later in the film. Techniques like these are stylish, but never dilute the brutality of the violence and the grim realism of how things are presented. Violence isn’t glorified here – you feel each bullet and the consequences are clear, not only through death or injury, but through the problems it causes for those that did the shooting.

On a whole, it’s an unusual film that I didn’t initially know what to make of, but after the film settled in and I worked my way through some of the extensive special features included on the disc, it grew on me a great deal. Tough and gritty, yet surprisingly touching at times and unflinchingly personal, I’m keen to give it a rewatch already and I’m certainly excited about working my way through the rest of the Peckinpah films I’ve yet to see. 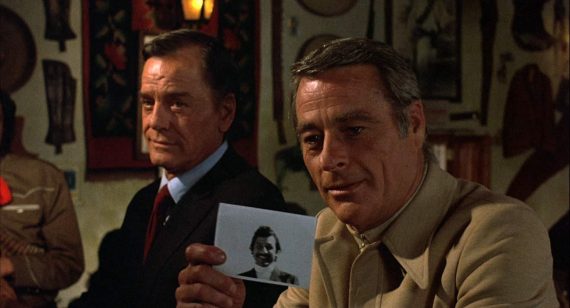 Bring Me the Head of Alfredo Garcia is out on 23rd January on Blu-Ray in the UK, released by Arrow Video. The picture quality is great; textured, rich and detailed. The sound isn’t always perfectly clear, but I wasn’t watching with my usual set-up and most of the lack of clarity will likely be due to the how the dialogue was recorded and performed at the time.

There are tonnes of special features, with a limited edition version containing a bonus Blu-Ray on top. Here are the details:

This is possibly the most thorough set of features I’ve ever seen for one film. Unfortunately I haven’t had time to get through it all yet, but I’ve checked out a couple of the key extras. I listened to the Seydor, Simmons and Weddle commentary and enjoyed it a lot. Having three scholars speaking together rather than one prevents any downtime or monotony. It’s jam packed with interesting observations and analyses of the film as well as some behind the scenes tidbits (one of the speakers has a small cameo in the film!).

I also watched the Man of Iron doc (the standard length version), which is fantastic. Featuring interviews with numerous collaborators it’s celebratory, but still refreshingly warts-and-all and digs fairly deep into the director’s life, his work and his problems. Most involved had worked with him on several occasions and seemed genuinely close to him, finding good in him despite his fiery personality. It makes for a great watch and a moving one in the final minutes. I started to make a dent in the 10 hour director’s cut too and I feel it’s going to be worth sticking with for the full duration (in a few sittings at least).

I listened to the Peckinpah lecture too and that’s worth a listen, delving largely into The Wild Bunch but also some of his earlier work, with the director on fine form. The Kris Kristofferson songs are decent too. I’ve always been a fan of ‘Sunday Mornin’ Comin’ Down’ and the song he wrote for Peckinpah’s funeral is appropriately touching.