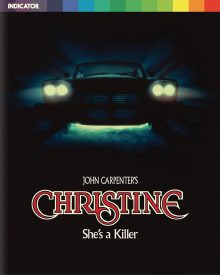 Sitting down and struggling to think about how to open this review, I realised something surprising. This will be the first time I’ve reviewed a John Carpenter film (other than some mini reviews as part of a festival or Weekend of Trash). This is surprising as I’m a big fan of the director (anyone who listened to me guest on the Carpenter Retrospective LAMBcast will have learnt this – https://blueprintreview.co.uk/2015/11/blueprint-on-the-lambcast-john-carpenter-retrospective/). He may have struggled to match the quality of his earlier work since the late eighties (1994’s In the Mouth of Madness is his only post-80’s film I’ve seen that stands up), but for the first 14 years of his career he knocked out classic after classic (cult or otherwise), with greats like Assault on Precinct 13, Halloween, Big Trouble in Little China and possibly his finest hour, The Thing. The latter, although now considered a horror masterpiece, was considered a misstep at the time though, doing poorly at the box office and receiving criticism for its levels of gore. Carpenter was disappointed and it caused him to play it safe for his next film, following a number of well known directors in adapting a novel from best-selling horror author Stephen King for the big screen. Where De Palma set the ball rolling with Carrie and Kubrick took on The Shining, Carpenter’s producer got his hands on an early manuscript of Christine, the story of a killer car, possessed by supernatural forces.

Carpenter and writer Bill Phillips decided to make a number of big changes to the hefty 500-odd page tome though. Rather than have the ghost of the previous owner be the source of the car’s evil, they decided to keep it more vague, much like in Halloween where the villain’s motivations are kept a mystery. 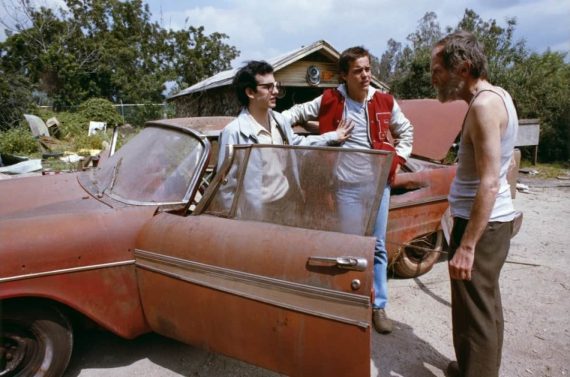 Backing up a bit then (forgive the pun), the film opens with uber-geek Arnie (Keith Gordon) struggling with life as a 17 year old. He’s getting bullied at school, is given grief by his dominant mother and, worst of all, hasn’t got laid yet. His best friend Dennis (John Stockwell) tries his best to help break him out of his rut, but something else ends up doing it for him. The two guys pass a shack where an old man is selling a busted up old Plymouth Fury named Christine, and Arnie falls instantly in love. He buys the car there and then, despite Dennis trying to talk him out of it. Arnie spends his days and nights fixing Christine and, as he does, his personality completely changes too. His milk bottle glasses are thrown aside, his hair and outfits become styled on The Fonz, he picks up the hottest girl in school, Leigh (Alexandra Paul) and he starts to act like a real asshole to everyone in his life, beginning by standing up to his parents who don’t want his car crowding their driveway. His new attitude and mounting obsession over Christine get too much for Dennis and Leigh though, who fear their friend has crossed over to a strange dark side. This is made worse by the fact that Arnie’s enemies, particularly those who didn’t treat Christine so kindly, are starting to drop dead in freak automobile-related accidents.

It’s a pretty daft premise for a film then, with a teenager falling in love with a car, which in turn becomes jealous of the boy’s girlfriend and gets revenge on his bullies. Carpenter handles it perfectly though, playing the story straight and focussing on the strength of the characters (including Christine) over any genre thrills. The latter may be seen as a bit of a criticism, as it’s not particularly scary and the silliness of the concept spoils some of the set-pieces (why don’t the victims just step off the road or jump on to the bonnet when it’s moving so slowly?), but the film remains hugely entertaining. This is largely down to the banter between the characters. Supposedly the money men were concerned the film would be a PG due to the lack of gore, so they asked Carpenter and Phillips to add as much bad language as possible into the script. This gave them full reign to load the dialogue with brilliantly foul-mouthed interplay, such as when Dennis describes a girl as a ‘walking sperm bank’ who could help lose Arnie’s virginity and he responds ‘I don’t have the minimum deposit to open an account’.

The performances are great fun too. Gordon in particular, although rather over the top, is a joy to watch as the Jekyll and Hyde inspired Arnie. Add to that some memorable bit parts from character actor legends such as Robert Prosky and Harry Dean Stanton, and you’re on to a winner. Stockwell and Paul’s characters are less interesting, but they do their best with them and the former helps deliver a lot of the strongest banter when he’s with Gordon in the first half of the film.

Being a John Carpenter film, it’s all presented in a wonderfully cinematic fashion too. One of the director’s greatest strengths has always been in making a lot of not much and here he takes a near-laughable concept for a film and makes it look incredibly classy. Shooting in full 2.35 : 1 anamorphic widescreen, he makes the most of the extended space and adds plenty of movement to keep things looking slick. He utilizes car headlights effectively too, adding more lens-flare than one of J.J. Abrams’ wet dreams. There are several memorable images in the film, from the awesome transformation sequence, to Christine forcing her way through a narrow gap to get to her victim, to a fireball-engulfed car still bearing down on its target.

It may not be Carpenter’s best work, as it’s hard to shake the central ridiculousness of it all and it’s not as flat-out thrilling as some of his earlier films. However, he delivers the goods when it comes to the characters and it remains a good time throughout. It certainly deserves a second look if you’ve ever fobbed it off as trash or lower-tier Carpenter.

Christine has been re-released by Powerhouse Films on Dual Format Blu-Ray & DVD as part of their new Indicator label. I saw the Blu-Ray version and the picture and sound quality are both excellent. The opening scene seemed a bit grainy, but in the features it’s made clear that this period sequence was shot on on older style of film to give it an aged look, so it was intentional.

It’s a mightily impressive selection of extras for a film that never quite received the classic status of some of the director’s other work. Carpenter’s commentaries are usually recommended viewing and this is no different. He bounces nicely off Gordon, providing an energetic, friendly and anecdote-filled chat track that’s well worth a listen.

The deleted scenes are better than usual, offering some fleshing out of the characters and a bonus death scene. The three featurettes are decent too and can be viewed together as one near-feature-length documentary on the making of the film. All the key players are present and it covers most of what you’d want to know about the production.

The booklet is fantastic, with an essay by Jeff Billington dissecting the film far better than I have in this review, as well as a list of some of John Carpenter’s favourite guilty pleasure movies. The latter in particular is a joy to read and I’m certainly going to add some of those ‘recommended’ titles to my watch list.

So Powerhouse Films’ Indicator label is off to a flying start with this release. I’m certainly looking forward to seeing what else they’re going to work their magic on in the future.