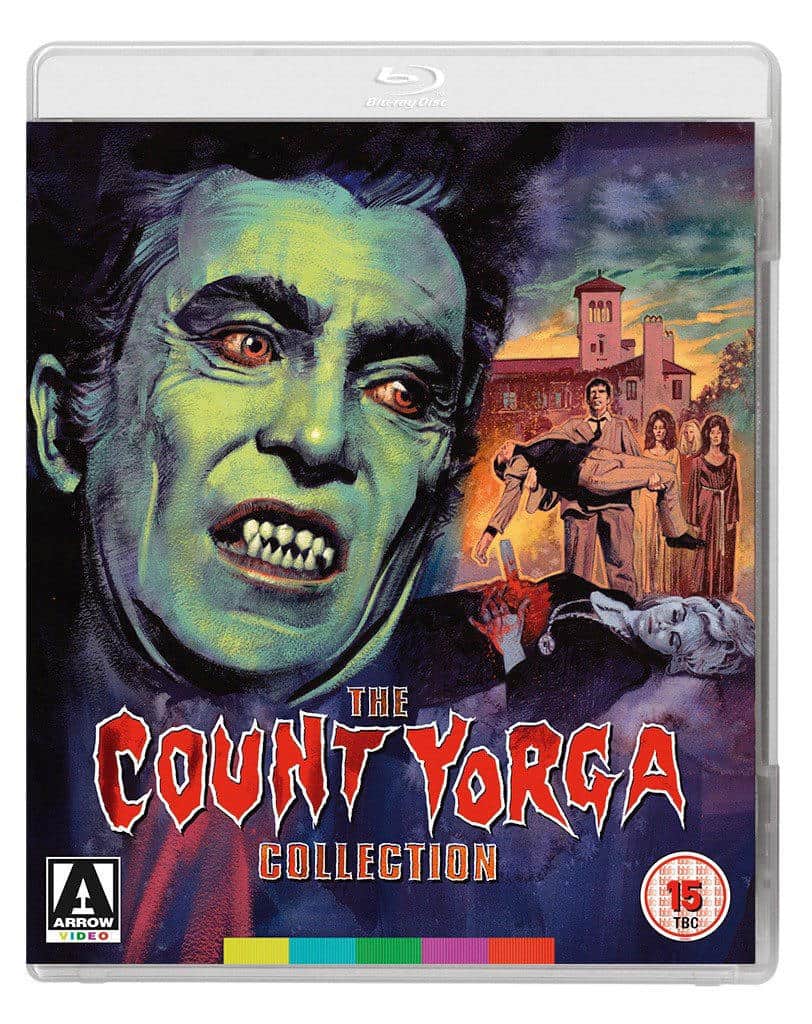 As a teenager, slumped on the sofa after a night out at the pub, I flicked onto a Count Yorga movie on late night TV. Needless to say I remember very little about the plot other than the Count tearing along a castle corridor at high speed towards an unsuspecting victim, and a rather cool looking scene where zombie women climb from the cemetery mud in search of victims.

Fast forward on a few years (well, actually a couple of decades – where does the time go? etc) and I have the chance to review this newly released blu-ray set; Count Yorga – The Collection. So here we go!

Count Yorga is a nobleman of Bulgarian descent who finds himself living in the Los Angeles hills. He lives in a castle-like stately home, has a ghoul/zombie-like man servant called Brudah, can hypnotise the ladies and wears the usual smart garb. In the first movie we meet the Count as he conducts a séance at a party. As one of the girls disappears, the other party-goers become suspicious, and with the aid of a doctor who just happens to have a contact who is a specialist in vampires, end up following him to his lair and, at a great loss of life, finally vanquish the beast.

In the second movie, the Count appears at a fancy-dress party at an orphanage, takes a fancy to one of the ladies who works there, hypnotises a young lad to use as a servant / go-between to lure others, and kills the girl’s whole family – keeping her imprisoned in his house in an unaware, hypnotised state. Friends of the girl, together with her husband, a doctor who just happens to have a contact who is a specialist in vampires, end up following him to his lair and, at a great loss of life, finally vanquish the….hang on a minute!!

So yes, having both plots feature a doctor with a belief in vampires and the guts to defeat one,  creates a curious feeling of de ja vu; of one film feeling like a remake, even though the differing plots show this is not the case.  Perhaps this is a nod to the original Dracula novel; the medical practitioner with vampire knowledge being an integral ingredient to a vampire story. 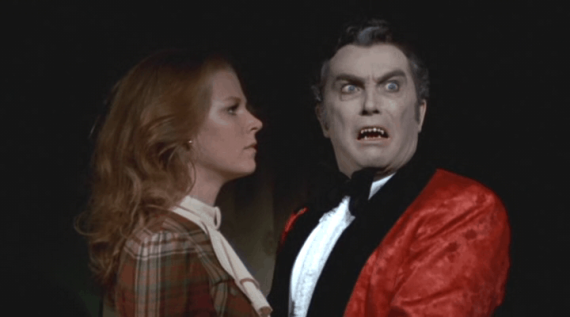 What I like about these movies is that, firstly, they look great on blu-ray, the original negatives having managed to hold back the ravages of time well, and the scenes and sets used do not look particularly shoddy or shaky to the modern eye – special effects also holding up reasonably well. Secondly, in some ways the lack of any real depth to the plot of either movie, but the fact that they are well-paced, actually keeps you glued to a pair of movies that are never particularly predictable and actually do well from a ‘stripped-of-fat’ approach. They simply don’t become boring, and have just the right injection of humour to make it clear that the writer/director is having fun with this.

Yes it’s all bit ‘tacky’ and ‘corny’ but as far as vampire flicks go, these are actually pretty good. I like the fact that there is not much to have to think about here. Just sit back and enjoy. In fact there are elements in the claustrophobic manor house of the second movie, with menacing dolls, laughter from unseen forces, and the undead brides drifting about that almost have a Dario Argento feel. Almost!.

The acting is of reasonable quality throughout, with Robert Quarry being well suited to the role of the Count. 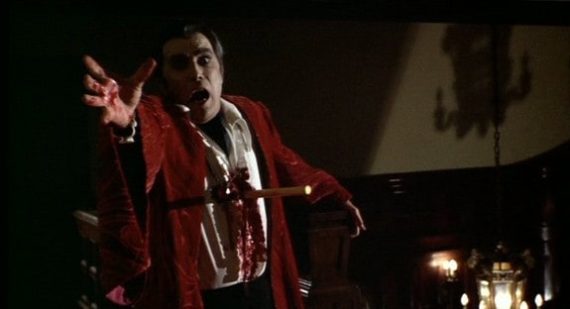 If you get the chance I would recommend picking this set up in time for hallowe’en – it’s fang-tastic fun (oh dear – couldn’t resist!!). I really quite enjoyed these so will give this pair of classics a decent rating.