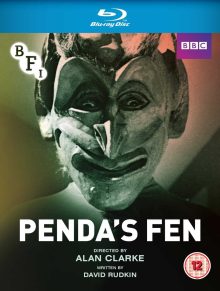 The film’s central character is Stephen (Spencer Banks), a conventional white middle class grammar school boy who lives with his mother and father in an idilic rural setting with the backdrop of the Malvern Hills. His father (John Atkinson) is the Reverend of the local church. Stephen has a love of classical music, particularly the works of Elgar. Whilst Stephen is conventional, he is also priggish and reactionary, for this he is ridiculed by his classmates. As the film unfolds it becomes apparent Stephen will have to confront a number of buried truths that he has yet to recognise and understand. Repeated images of landscape, particularly the contrast of land and sky, set the mood of the drama.

Through school, and also contact with a writer living in the village (Arne played by Ian Hogg) Stephen contemplates issues of power, morality, technology, corporate control and inequality. Stephen engages in various theological debates with his father, one particular discussion exposes a possible moral dualism in society (Manichaeism). The moral dualism contrasts the conditioning of ultimate and total truth which tends to be the message imposed by the established order. Accordingly Stephen is faced with experiences that push him to question and deconstruct the pillars of the establishment; religion, education, the military, the family, and sexuality. 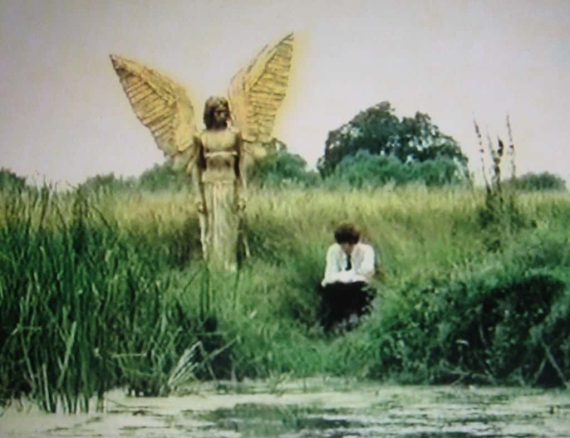 Stephen’s experiences are conveyed in both real and dream like episodes. What might seem to be an episode in a realist setting will be suddenly disrupted by the presence of a mythical creature such as an angel appearing from the sky, or a devil emerging from the darkness.The visual atmosphere is generally of soft colours and fading light.

In early history, Penda is identified as the last pagan king of England. The film treats paganism as the politics of scale, relating to the village, and this contrasts the abstract and monolithic constructs of Christianity. To this effect the film is political in the sense it proposes the notion of a Second Coming, away from the established order back to a more locally defined and land based society.

The Blu-Ray extra features include a documentary that includes an interview with the writer David Rudkin, and also an essay written by cultural critic Sukhdev Sandhu.

This is an intriguing film that will appeal to viewers with an interest in political drama from the 1970s. Worth a watch.