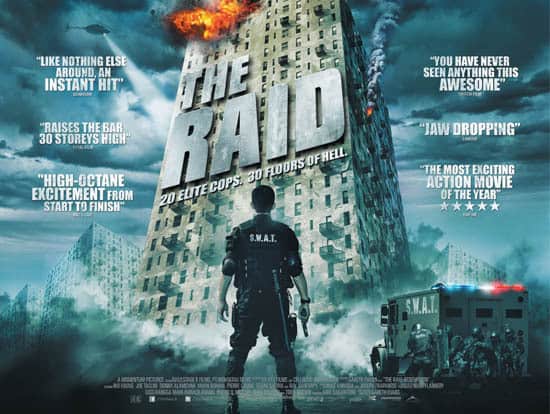 Being a massive martial arts and action fan, I’ve been following coverage of Gareth Evans’ latest film The Raid for some time. The Indonesian film stars the up-and-coming martial arts sensation Iko Uwais and comes hot on the heels of Evans and Uwais’ previous action favourite Merantau Warrior. Despite these films coming out of Indonesia, Evans is a Brit, hailing from Wales, so it’s always great to see a ‘local’ making a big impact on the action movie scene.

The film has been picking up some great reviews, quotes from which appear on the UK exclusive poster (posted above). Below is the UK trailer to get you pumped for the film’s cinematic release on 18th May 2012. It looks pretty damn spectacular.

To find out more about the film head over to the following sites: