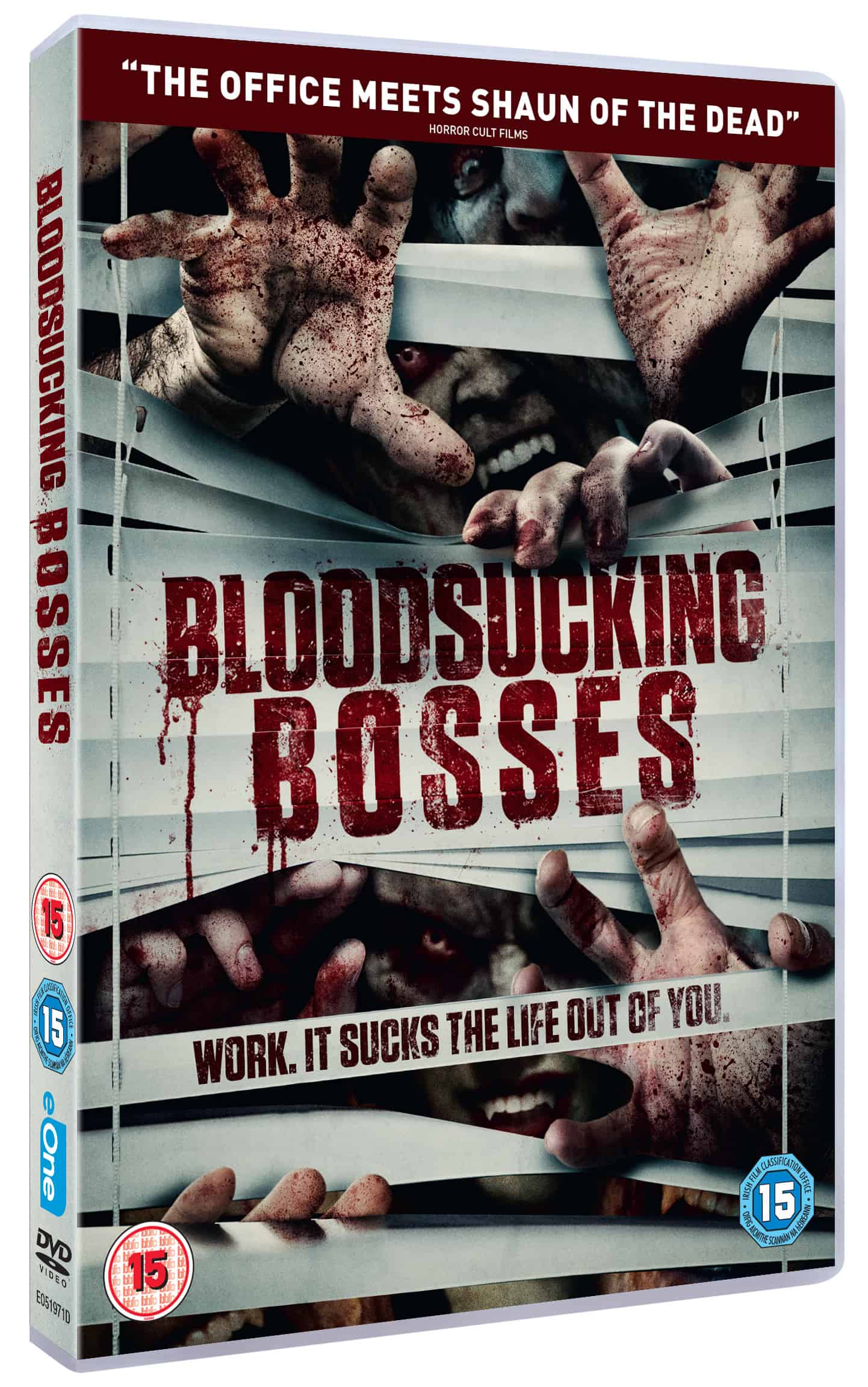 Seedy Dave has sneaked out another dodgy DVD from under his mac, claiming that I wanted to review it, and I’ve fallen for it again.

So here goes…frustrated ‘acting’ sales manager Evan (Fran Kanz) spends his days at the office being humiliated by his colleagues and being dodged by his ex-girlfriend Amanda (Emma Fitzpatrick). Evan has big plans; he wants to move up in the world from ‘acting’ sales manager to proper grown-up sales manager. Unfortunately just like a real office, he is due for a good kick in the nuts when Max (Pedro Pascal) arrives. Slimy Max appears and a strange set of events begin to unfold, starting with Mike (Neil Garguilo) being found dead on the toilet. Dave (David Park) the office push over has turned a sickly shade of white and assorted sacrifices wander off into the basement, breaking every horror movie rule in the book, as they trot off.

The office staff are … err well, changing in dubious ways, some have just plain gone missing, while others have turned grimly ashen and started wearing lots of black. After a bit of a wait, we get to the action with gore by the bucket load and a weird game of rock-paper-scissors. There are some enjoyable gruesome deaths and heaps of exploding vampires, held together by pretty decent special effects. The script is packed full of witty one-liners, favourites include “Let’s go in there and kill our boss” and when Max “Consults Legal” the crimson really does hit the fan. 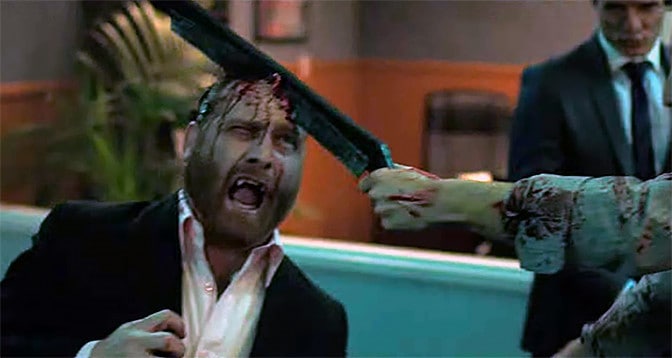 Blood Sucking Bosses is clever, humorous, jam packed with blood and paperclips, with great character inter-play, grief, those office dimwits are truly hateful and sadly, quite accurately portrayed. The acting is spot on, you really do hate slimy Max and the office geeks are equally as unlikable, while we do have sympathy for the long suffering Evan. There is an overload of building the characters at the start, while we are chomping at the bit, waiting for the action to get going.  Blood Sucking Bosses could have been a bit quicker, but I liked it in the end, even though I felt t we didn’t quite shift to top-gear.

The DVD out on 16th May, distrubuted by Entertainment One and has great audio visual quality, containing bloopers, behind the scenes extras and in setup you can find a fascinating commentary on the film by Dr. God.