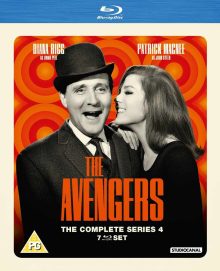 British through and through! Cups of tea, bowler hats, cheeky humour, union jacks, sixties chic… it’s all present and correct in this fourth series of The Avengers. The flirting and crime fighting is all here in abundance courtesy of ‘professional’ agent, John Steed (the late Patrick MacNee), ably assisted by ‘talented amateur’ Mrs Emma Peel (Diana Rigg). The two genuinely appear to enjoy themselves immensely throughout this cleaned up and enhanced blu-ray version of a good old classic spy/crime/comedy/thriller series from yesteryear .

Following a deal with American company, ABC, an in-pouring of funding allowed a shunning of videotape in favour of the much more versatile 35mm file stock, and a move from shoddy studio sets to much more upmarket ones, plus on-location shooting to boot!. The clothes budget appears to have been improved too, particularly regarding the range of stunning outfits worn by Diana Rigg, but also in the great tailoring of Patrick MacNee’s suits! The picture and sound quality here is superb; like a real labour of love. These episodes have never looked and sounded so good and enjoy a great new lease of life here. 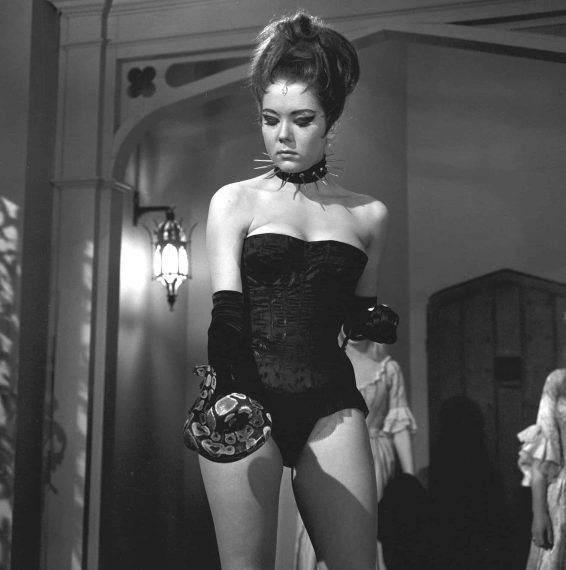 The storylines actually vary surprisingly well, so each episode is different enough to keep the viewer engaged. Whether it’s post-war crazies waging a silent war from the ocean on unsuspecting towns and cities, the foiling of a plot by an intellectual group to steal a nuclear missile, or our two heroes infiltrating a sinister matchmaking agency who are targeting their rich clientele, each episode has just the right dash of humour and an abundance of action and suspense.

There’s not a lot more to be said other than that if you’re a fan of the series this boxset is well worth shelling out for. If you’re a newcomer it’s a great place to start. Patrick MacNee had several glamorous assistants throughout the programme’s history, but Diana Rigg certainly owns the role here; melting hearts wherever she goes – turning men to putty with her style and finesse. 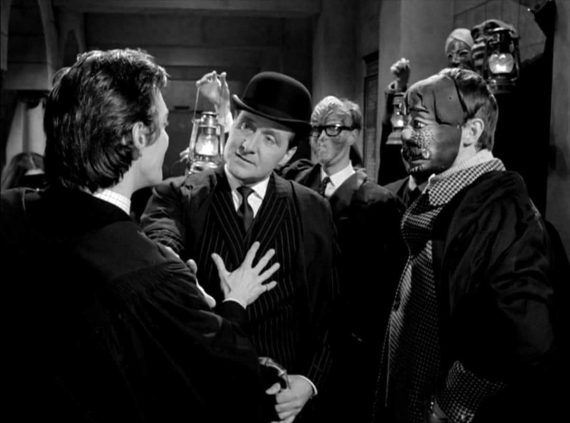 This set of 26 episodes spans 7 discs, jam packed full of trailers, interviews, tv spots, short films etc, with extras on each disc relevant to the stories, of which there are usually 3 or 4 episodes on each. All episodes are presented in their original 1.33:1 aspect ratio with English subtitles option only.

Top marks all round for this spiffing boxset! A really good action packed and fun selection of great TV that’ll have you reaching for your bowler hat and pouring a little something from your drinks cabinet.