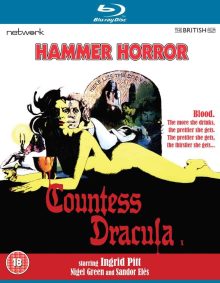 Here we have another welcome addition to the Hammer Horror Blu-Ray collection – Countess Dracula. The picture and sound quality here are great; the odd white fleck on the screen from time to time, and more visible grain on some shots than others (possibly cutting floor shots reinserted?), but a superb transfer in general. And what a superb story, based not actually on the Dracula tale, but on the legend of Elizabeth Bathory.

Countess Elizabeth Nodosheen, played brilliantly by Ingrid Pitt, is a feared noblewoman mourning the recent death of her husband. She discovers, initially by accident, that fresh blood rubbed onto her skin has youthful rejuvenating properties. But, this comes at a price – for after a number of hours the ‘spell’ wears off, each time leaving her noticeably more aged and ugly than before. 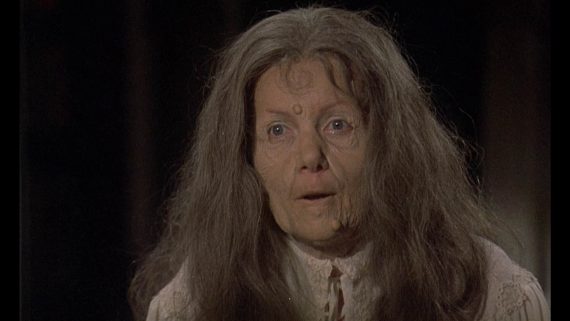 A lust for blood develops as she needs more and more fresh blood to bathe in. Her faithful lover, Captian Dobi (Nigel Green in a great role) is used to supply the victims, while her naïve and loyal servant, Julie, turns a blind eye. The team soon discover that blood from Prostitutes doesn’t work; it has to be from a pure virgin.

When a young man arrives, Imre Toth, who fought alongside the Count and has inherited items in the Count’s will, the Countess, when her youthful self, pretends to be her own stepdaughter Elona, and the couple soon fall in love. (The real girl is being held just outside town in a cabin). 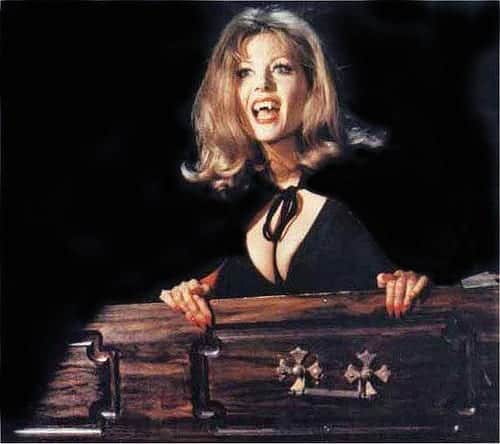 Fearcely jealous, Captain Dobi nevertheless continues to help the Countess, tricking the young lad into sleeping with a prostitute so that the Countess will come running back to him. However, this plan backfires. Fabian, a live-in historian and general merlin-type advisor and learned man becomes suspicious and is killed. The police are also hot on the trail of the murderer of numerous local girls, whose bodies are discovered at the castle. Imre eventually finds out the truth, but is effectively kept a prisoner, forced to go through with a wedding to the Countess. 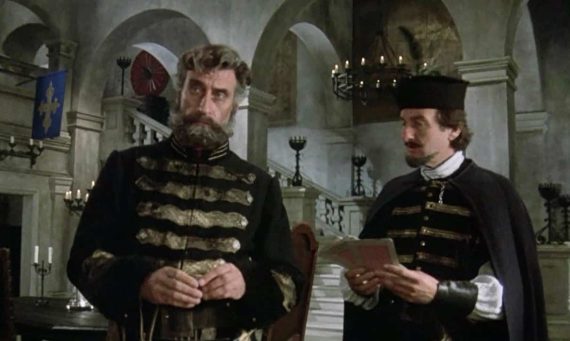 The young Countess Elona is eventually brought to the castle and Imre plans to escape with her – but as the curious girl hears a wedding taking place and goes to investigate, her stepmother, turning elderly and decrepit mid-ceremony suddenly loses the plot, screaming and lunging at Elona, knife in hand and subsequently being subdued and arrested.

The closing credits show her looking out from a dungeon cellar room as we hear chants of “Devil Woman! and Countess Dracula!” from the locals.

A brilliant tale, well acted and well directed with great gothic atmosphere and sets. I’m very glad to see this get the Blu-Ray treatment and re-release for a new generation of horror fans.

There is an abundance of special features here on the disk, however, some of these have been produced for television by ITV and look decidedly dated and shoddy in quality.

If you’re a fan of classic Hammer horror, treat yourself to this great edition of a great horror film.