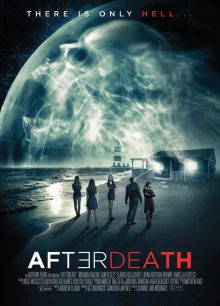 October is upon us, which can mean only one thing to film bloggers. A month full of horror movies! My month probably won’t be ‘full’ of horror as I’m going to be hitting my usual mix of classic and cult titles from the glut of screeners I’ve greedily requested. However, for my first review of the month I thought I’d better join the early halloween celebrations my fellow writers revel in.

On October 19th, Icon Film Distribution and FrightFest, the UK’s leading genre film festival, team up to launch FrightFest Presents, an all-new expert driven social community-building label ready to deliver true shocks and scares straight into your home just in time for Halloween and beyond. FrightFest Presents will bring you the most unsettling feature films from the festival; a series of movies that wowed and earned critical acclaim, hand-picked by FrightFest directors Alan Jones and Paul McEvoy. Blueprint: Review plan to review the first six films being released on the label, starting with this, After Death

After Death (sometimes titled AfterDeath) sees five young adults wake up on a beach at night next to a small cabin. They soon realise they are actually dead after all being killed in a nightclub disaster. They’re now being held in purgatory or possibly even hell itself as it certainly isn’t heaven. They are regularly harassed by some sort of demon made of smoke and the harsh light of a neighbouring lighthouse triggers disturbing visions and pain in the entrapped group. Robyn (Miranda Raison), the last of the group to arrive, is convinced she can escape and get back to the world of the living so she tries to get to the bottom of what sins could have caused the five to be destined to hell and whether they can harness Onie’s (Daniella Kertesz) ability to randomly disappear. This investigation causes rifts amongst the group though, particularly with regards the one man, Seb (Sam Keeley), who is revealed to be a violent sexual predator.

I loved the concept behind After Death. It’s rare to see a horror movie try something new. I’m sure there are other films dealing with some sort of afterlife or purgatory, but this did feel like something unique to me. An intense first person opening sequence throws you straight into the action too and got me quite excited for something special. Unfortunately everything quickly unravels from there. 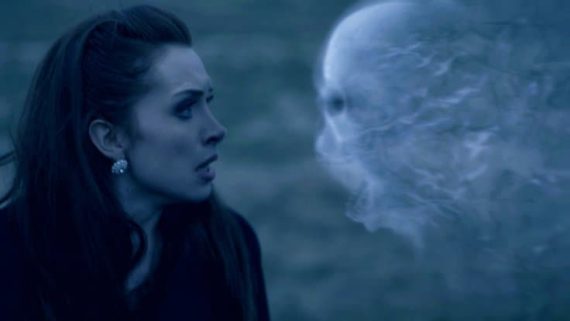 After Death is a case of a great idea being shockingly badly executed. The biggest culprit here is the script. The dialogue is horribly clunky, constantly over-spelling things out for the audience. One example comes early on where we clearly see a character repeatedly trying to slit her wrists without any blood being let out. So what does a character say? “No blood”. Yeah, thanks for that. I didn’t realise we were listening to a radio play. This happens again and again throughout the film and I found myself laughing at a lot of the lines, they were that unnecessary and clumsy.

The characters are trapped in their location from start to finish, and the boundaries gradually get smaller as the film goes on, as a mysterious bubble closes in on the beach hut and eventually down to a single room. This gives the film a claustrophobic feel and keeps the cast down to the original five throughout. This is admirable (although lower budget features often prefer to keep things tight like this) but further hinders the film as it relies on the script and performances to keep you engaged. There are scenes of horror interspersed to help this too, but other than the opening scene, these are very generic and over-reliant on blaring music and sound effects.

So, as much as the film promises in its concept and opening sequence, everything falls flat due to an awful script and some questionable performances. It’s such a shame and I feel bad in bashing it as I have because I tend to be able to look past problems if a film works in other ways. I know it’s difficult to pull great ideas off on a limited budget, but this isn’t a case of poor special effects or production values spoiling things (in fact some of the effects are pretty good). It’s the fundamentals that fail and that’s pretty unforgivable.