I got together with the guys once again this weekend just gone for the 17th (recorded) Weekend of Trash (previous write-ups can be found in the category archive). I was too lazy this time around to do haiku reviews on top of my standard ones, but I still put together reviews of everything we watched over a weekend of sleaze, violence and downright nonsense. The reviews are only brief (I’m not about to start writing notes whilst watching action movies with my mates) and ratings are largely based on entertainment value rather than quality, so take them with a pinch of salt. I’ve included clips and trailers when possible too. 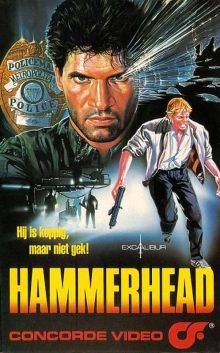 We kicked the weekend off in style with Hammer. The plot is standard renegade cop revenge nonsense with a ridiculous number of bad guys and a comedy side kick. However it all works a charm.

Side kick Jose helps by actually being a) pretty funny (in a naff B-movie kind of way) and b) kicking more ass than the hero, the pretty bland Hammer.

The action is really what makes it work though. There’s plenty of it and the stunts are pretty impressive and well shot although the camerawork and editing can get a bit wild at times.

Ok, so the acting is all over the place (the stupendously over the top DD has to be seen to be believed) and the music changes genre in every scene, among other flaws, but it was a hugely enjoyable piece of Italian action cheese to start off the weekend with a bang. 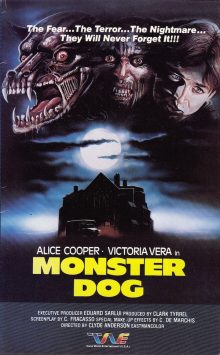 Alice Cooper stars in this werewolf horror movie. Cooper plays rock star Vincent Raven (surprisingly straight) who has driven back home to shoot a music video with his friends and crew in tow. A spate of vicious murders by a roving pack of dogs puts a damper on things though. Plus, little do they know (although it’s pretty obvious and a random old man actually tells them) Vincent harbours a dark secret.

I struggled to get into this. It didn’t help that I was knackered and found it hard to stay awake, but I thought it was a little slow and never really creepy enough to keep me engaged. There’s a lot of padding too, largely in the shape of music video inserts. The opening song is even used again at the end to present a shortened version of the film to remind you of its ‘highlights’.

I quite liked the OTT 80’s horror atmosphere though, complete with smoke machines set to constant overdrive. There were a couple of nice bits of splatter too (surprise exploding head!) although the monster effects weren’t quite up to scratch.

All in all it wasn’t terrible, I just found it a little dull. 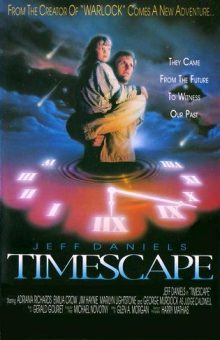 Jeff Daniels stars in this time travel drama as a father still struggling to come to terms with the death of his wife. He and his daughter are opening an inn in a small town and their first guests are an unusual group of supposed tourists who seem to be preparing for a big ‘spectacle’. Jeff is intrigued, but ends up getting in over his head with a time travel plot.

You can never go wrong with a time travel movie in my mind so this hit my sweet spot. It’s a fairly interesting take on the concept too, resulting in an engrossing story.

The underrated Daniels anchors everything with a strong lead performance. He helps sell some of the less plausible plot elements of which there are a few.

It’s hardly Back to the Future or Looper, but for a relatively low budget 90’s curio it was a good find. 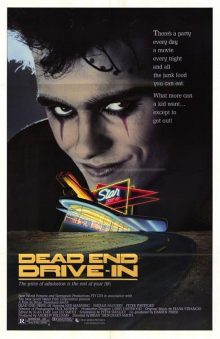 Ozploitation king Brian Trenchard Smith (The Man From Hong Kong, Turkey Shoot) brings us the story of Crabs (Ned Manning), a young guy wanting to be bigger and better who ends up trapped in a drive-in cinema, which has become a government controlled slum for the unemployed masses in a world in meltdown.

I’ve wanted to see this for a while after spotting it in the Ozploitation doc Not Quite Hollwood and although it wasn’t quite what I expected, I still liked it a lot.

There isn’t as much action as I thought there would be for one. I expected an all out car stunt extravaganza, but it’s actually an unusual socio-political metaphor for the state of Australia at the time. This aspect of the film can get heavy handed, particularly when some ‘immigrants’ are sent to the compound, but it makes for a much more thought provoking film than most genre fare.

It’s really well made too, with some awesome production design and stylish cinematography.

Although light on action, when it does come it’s bloody good. The Aussies certainly know how to do a good car chase and there’s some impressive carnage on display. So this was a welcome addition to the weekend despite not quite upping the thrills as much as expected.

Battle of the Damned 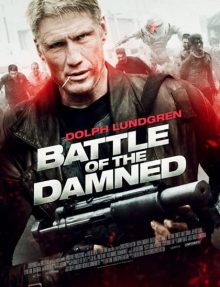 This ticked a fair few weekend of trash boxes by being an action movie (complete with Dolph Lundgren), zombie horror and sci-fi all in one!

Dolph plays a bad ass mercenary sent into a closed off contamination zone where a city has been practically wiped out by a virus turning people into flesh rating monsters (but not zombies – honest!). His mission is to bring back a rich big wig’s daughter. His team is quickly killed off, but he does find the girl and tries to help her but she doesn’t want his help at first, instead sticking with a small band of survivors led by a slightly deluded man named Duke. Their supposedly successful survival quickly begins to fail though and Dolph is required to save the day.

Oh and some robots show up after a while to come and help.

This is a pretty silly, everything but the kitchen sink affair, but all the better for it. There’s a healthy amount of action and it wisely doesn’t take itself too seriously.

The action is a bit heavy on the dreaded shaky cam, the effects aren’t great and the soap opera side plots get a bit tiresome, but overall this is trashy low budget fun. Plus it’s got robots in it which make everything better.

A Pistol For Ringo 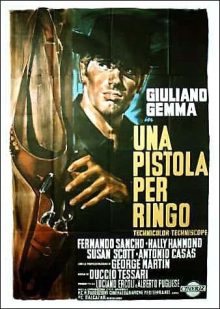 We turned to a classic spaghetti western for late Saturday night. A Pistol For Ringo sees a band of Mexican bandits hold up a bank but during their escape they get holed up in a ranch where they take the inhabitants hostage to avoid capture. The desperate sheriff turns to gunslinging outlaw Ringo to help by infiltrating the gang and save the day. Can he be trusted though?

I enjoyed this quite a lot. It wastes little time getting moving and has a ludicrously high body count. Our anti-hero is fairly charismatic too with a host of one liners at his disposal.

It’s fairly bog standard in terms of plot and production values, but for a bit of dusty western fun you can’t go wrong. 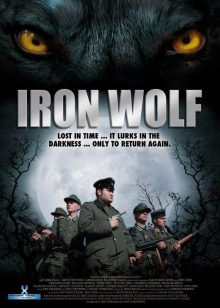 Iron Wolf begins in Germany during WWII, where Nazi scientists are trying to create werewolf soldiers to turn the tide in the war they’re looking to lose. It all gets shut down by the encroaching Russians just after their breakthrough though and the creature they create is locked away.

70 odd years later and a group of obnoxious youngsters arrive at the abandoned lab to host a rock concert. Of course they accidentally unleash the beast who picks them off one by one.

Eurgh. This is low budget trash with no redeeming features. The acting is horrifically bad, the characters all annoying or insipid, the effects are attrocious and the film is pretty boring. Even the end credits are tediously drawn out with an extended sequel tease (dear God, no!) 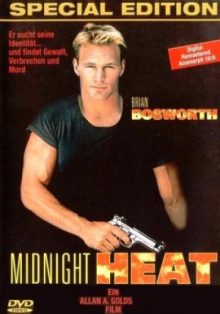 Brian Bosworth stars in this action thriller about a (rather unconvincing) banker who is hit by a car, resulting in him getting amnesia.

As he tries to piece his life back together he is haunted by disturbing flashbacks to a dangerous past, making him question if he really is who he is told he is. This gets him embroiled in a secret plot being hatched by Brad Dourif and his gang.

This was a nice solid bit of entertainment. It’s well put together with some slick cinematography, particularly in the stylish black and white dream/flashback sequences.

Bosworth is a likable lead, who is enjoyable goofy as he clumsily tries to reconnect with his bad ass past. The ever dependable Dourif makes for a cool villain too.

It’s a little slow moving and hardly breaks any new ground in the plot department, but we enjoyed it nonetheless. 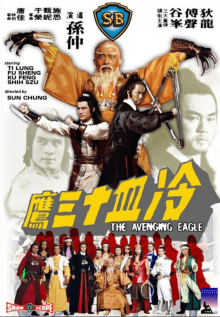 We cracked out a Shaw Brothers classic to end the weekend. The Avenging Eagle sees a member of the 13 Eagles try to escape a life of villainy and kill his tyrannical master. Along the way he teams up with a mysterious skilled traveller who is always willing to help for an unkown reason. All is revealed as the two fight their way along their journey.

I loved this. I’m a big martial arts fan as regular readers will be aware and this was a rather standard story, but loaded with fight scenes and presented with the usual Shaw Brothers flare.

Best of all is the action though. The fights start well and get better as it goes along. With each Eagle having a specific weapon specialism there’s a great variety of cool weapon based fight scenes which is something I love to see so I was kept mightily entertained.