Justin Richards recently caught up with filmmaker Yazid Benfeghoul about the film he is currently producing, ‘Sky Sharks’. It’s a project looking to be crowd funded through Kickstarter, so if you like the sound of Nazi zombies riding on flying sharks, head over to their page and pledge your support!

In the meantime, read on to hear more about the project and Yazid’s experiences and thoughts of working in the industry:

Tell us about your new film project, ‘Sky Sharks’.

It’s a film about Nazi zombies on flying sharks who want to conquer the world. Only a group of dead ex ‘Nam soldiers brought back to life in a secret government experiment are a match for them, and humanity’s last chance to prevent world downfall. It is a super hero movie, good vs. bad, with zombies on both sides…and sharks. Who can fly!

What would your ‘elevator pitch’ be for ‘Sky Sharks’?

I think I just did. Maybe I should read all the upcoming questions first! But where would be the fun in that? So I just stay focused and concentrate on that very question in that very moment.

Who have you got lined up to appear, cast-wise, in ‘Sky Sharks’?

So far we have Robert LaSardo, who plays a role as a priest. He is usually known as a bad ass gangster type and was not only happy we gave him the opportunity to play something completely different; he is also a brilliant actor who can play pretty much everything. Then we have Cary-Hiroyuki Tagawa… Check him out on IMDB. He is a cool actor. So are Lar Park-Lincoln and Lynn Lowry. They are icons in their field, and we were very fortunate to have them. Nick Principe is playing the lead Nazi zombie. With his 2 metres something height he is just perfect as the deadly killer machine that he plays. As the female counter part we have Michaela Schaffrath. A couple more actors are still in negotiation.

Why should people invest in your new film? Why should they be excited by it?

Why does someone support something in general? I’d say when we succeed in ‘infecting’ the audience with our enthusiasm it is the first step. The film is our completely crazed brainchild, and now we have the opportunity to actually make our wildest dreams come true. If someone doesn’t share our humour, it’s a waste of time, no doubt. But whoever follows us on our trip, willingly, will have the biggest rollercoaster fun ride he/she can get. Every penny we get we will invest in the film and make it Triple-B: bigger, better, bloodier! And everyone can be part of that. Some may say: “We make cars”. We can say: “We make sharks fly. Are you having fun?”

How is the funding process going?

We are pretty confident to reach our goal. By the time of this interview we have 2/3 of the time past us, but still have some way to go. We could definitely use a couple of more backers to make our breathing a bit easier. It is a lot of stress on you during that period. The sleep deprivation process has reached a dangerous level! You can tell when you work all night and you still haven’t fulfilled all your duties… Oh, I’ve just realized I am now straggling; so, back to the backers. We are happy to get such a great response and good feedback. But yes, we could use some more. There you go: we really need everyone’s support. Be a part. Watch it happen and have fun with this experience.

How did you find the process of writing ‘Sky Sharks’?

It all began in May 2014, in Cannes. We first developed an actual dream into an idea, and then brainstormed for the duration of a couple of drinks. One of our long-time friends from Bristol (UK) happened to be a writer, so we assigned him for the job, fed him our ideas, and he developed the script out of them. At first he didn’t think we were serious… till he actually had money in his account. From that point on he is all about SKY SHARKS.

How did you first get involved in the film industry?

I’ve liked fantasy and horror since I, at the age of 8, saw FRANKENSTEIN (1930). I started publishing my own horror-fanzine. That’s when I started visiting film festivals and was invited to a film set of a German indie horror flick, not worth mentioning here; my ‘first blood’, so to speak. Then I went to the Cannes film market, met people, and over the years I’ve learned a lot that I knew, at some point in the future, I could use to my advantage. By that time I already had made a job out of my hobby.

Tell us about your back catalogue of films and about your involvement with each of them.

Wow, that would take too much time. Let me just enumerate the different stages. Actually also one of my first experiences on a film set – and this is as if a circle closed – was for MUTATION. Marc Fehse, who now directs SKY SHARKS, was also responsible for this film where we (after SHOCKWAVES) re-established the Nazi zombie topic; maybe a bit ahead of our time. Marc and I went several ways. I got involved with the works of Olaf Ittenbach. I produced BEYOND THE LIMITS, GARDEN OF LOVE (aka ‘The Haunting of Rebbeca Verlaine’) and some more, whereas Marc went on studying design and funded an agency. I then produced INBRED, by Alex Chandon, and that was by far the most professional film I had been a part of so far. After that I co-produced my first short film, again a UK-coproduction: YELLOW – A NEO GIALLO, which, like INBRED, premiered at Frightfest.

Can you tell us what it was like to work with Alex?

Alex is a lovely person. Not always easy to work with, but only when it comes to unprofessional behaviour of some sort. He is so full of energy and ideas that seem to constantly pour out of his pores. We became good friends, and I would love to work with him again sometime in the future.

You’ve done many different types of jobs while working on films, including acting. Do you enjoy being in front of the camera?

That was not what one would call acting! It was always for fun, though it is also great to see yourself in a film, I must admit. But my focus today lies on the production side.

You have had quite a long working relationship with German film director and special effect maestro Olaf Ittenbach. What are your fondest memories of working with him?

The first production we did together was one purely for the German market, called RIVERPLAY. It was a small set, with only a few people. I had to play a victim who gets his face skinned, fed his own flesh and then thrown down a hill into a river. I did that stunt all myself – completely naked – barely able to see where I was falling, due to the mask make up. We had to do two takes. And then even more when I ended up in the water, as dead people don’t shiver! But in reality they do when it’s November and cold! Why I chose this memory as my fondest? I’m not so sure, but it was a unique experience, and I am happy sharing it. What I always liked about Olaf was his bounce-back-ability! 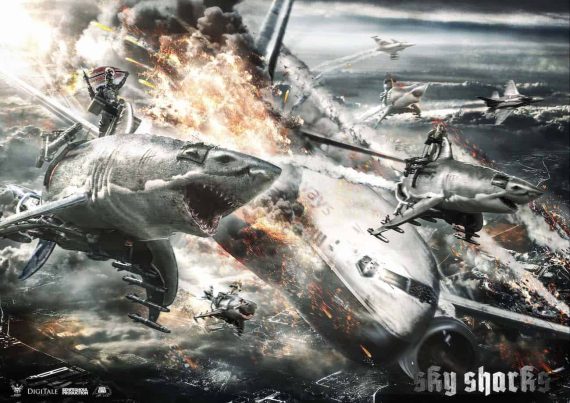 What personal qualities do you think makes for a good film producer?

A good producer should be able to understand the director and support his vision. But at the same time he needs to make sure that the vision is not too ambitious for the budget. A tricky situation sometimes, which brings us to the next quality: being understanding and having the ability to de-escalate and withstand stress.

What are your thoughts regarding the current state of the film industry?

Too many people think they can be directors only because they know how to switch on a video camera. That’s why tons of movies flood the market making it vast. Some good films go down because of that or have it harder to get seen. I get angry when I see $200 Million movies that are an insult to everyone’s intellect. We could have made 200 at least decent movies with this money or 20 fantastic ones.

What are your thoughts regarding the use of CGI in films, as opposed to using more in-camera visual effects?

Splatter scenes should be real. CGI can improve the picture on a whole different level. They can coexist peacefully when used within their boundaries or blended with a vision.

Do you think crowd-funding is the new way of film-funding or do you think it’s only really going to work for independents?

Crowdfunding is not so new anymore to begin with. I actually did that already for BEYOND THE LIMITS, without giving it that name. The project must be outstanding and convince a lot of people in order to make them followers. It cannot be just done without preparation. There is an insane amount of work behind all that. And, as we still experience surprises on so many levels, a crowdfunding platform is a great place to unfold potential and make oneself known to the world. There is no strict rule as to who takes part and who joins the group. It will never be a manual for success though. Hard work has to be done anyhow.

If you had one bit of advice to would-be filmmakers, what would it be?

Be realistic. Never let yourself get taken away by a dream too far. Be persistent. Set yourself a goal, reach it and look for a new goal. Give yourself a break from time to time. Never forget where you come from.