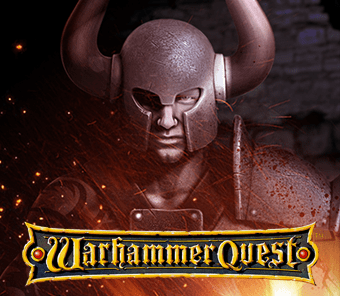 Warhammer Quest was originally a board game (1995), which was converted into an iOS remake in May 2013. A year later it has arrived on PC, bringing with it a certain amount of controversy.

On the iOS app store I can pick Warhammer Quest up for £3.99. To buy the same game on steam with a couple of arguably insignificant extras, I would have to pay £10.99. To me this doesn’t seem fair. On top of this, micro transactions litter the game, which wouldn’t be an issue if it was free to play or didn’t require so much gold to level up. To reach higher levels (level 7+) requires so much gold, that purchasing gold with real life money used to be a necessity. However, recently Rodeo Games have removed the ability to buy gold, but the issue of being stuck repeating the same dungeons for gold to level up still persists. If you plan on buying all the in-game content, then the deluxe edition is the best choice, as it includes everything.

The game revolves around a party of four, which you control through turn-based movement. As you traverse dungeons, skeletons, undead, and other critters including giant spiders fall prey to your blades and bows, sometimes even leaving loot for your hard work. The dungeons are very repetitive in their nature, so it would have been nice to see more variation, to spice up the gameplay.

Aside from some dodgy business decisions, the game is a good bit of fun. The controls translate well in my opinion, providing mouse control for all sections of the game and a very simple control scheme, meaning anyone can learn the game with ease. The game doesn’t require your full attention because of its simplicity, so you can jump into the game whenever you want and enjoy some good old dungeon crawling and loot hoarding. 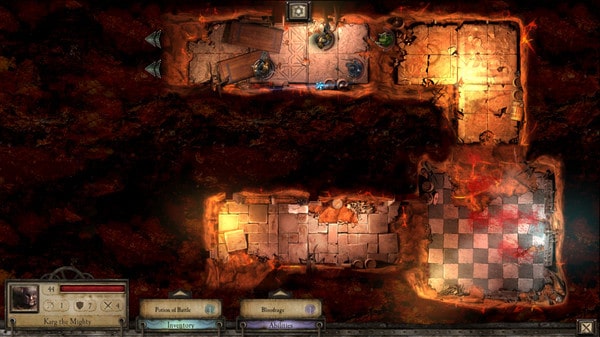 With the games slimmed down mechanics, I felt like in some areas I wanted more information. Since the game is based on dice rolls, it would be helpful to know what my chances of hitting are. Without this information the game seems unfair and too chance based, although over time it’s something I got used to.

If you have either the deluxe version of the game or have bought the characters individually, there is some great variation in the characters available and in their design. If zoomed all the way out the dungeons look detailed and quite interesting. However, upon zooming in it becomes pixelated and quite frankly ugly. My best guess is that Rodeo games have made no effort to use higher resolution graphics for the PC release, which is disappointing to say the least.

Personally, I have never played the original Warhammer Quest board game, but from what I’ve heard from others who have, is that the video game is very reminiscent of the experience they had with the board game. This I feel is a huge success on the games part, as appealing to the original fans was almost certainly a goal of the project.

The gameplay is enjoyable at times, yet simple. Paying homage to the original board game is one of its strong points but falls flat in many other aspects. Repetitive gameplay and questionable DLC pull the game down, causing its enjoyability to suffer as a result. The game is much better played as a mobile game and should have been modified for its PC release.