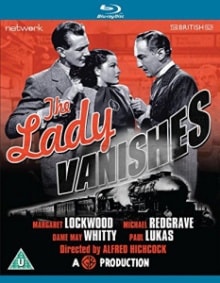 In a small European town, an avalanche has forced a variety of people to stay at an overcrowded hotel. Many of the guests are waiting for the snows to clear so they can catch the train the next morning. One such guest is Iris (Margaret Lockwood), a much-travelled young woman heading back to England to meet and wed her fiancé. She befriends an elderly women travelling alone by the name of Miss Froy (Dame May Whitty), a governess who has been in Europe for a number of years, and is now regretfully heading home. Amongst the other passengers are a rude clarinet player named Gilbert (Michael Redgrave), an adulterous couple attempting to hide their situation (Cecil Parker and Linden Travers) and two cricket-obsessed Englishmen (Naunton Wayne and Basil Radford). Before the train sets off, Iris suffers a blow to the head from a falling potted plant. Miss Froy cares for her on the train, but after Iris takes a short nap she awakes to find Miss Froy has disappeared, and everyone else on the train denies her existence. Something is definitely amiss – either Iris’ head injury is causing her to be delusional, or there’s a far greater conspiracy at hand.

I’m coming straight out of the gate and saying I absolutely loved this movie. Loved it. All of it. Every bit. It’s fantastic; far better than I’d hoped. It probably helps that I love a good mystery, something that will keep me guessing until the end, and for some reason I’m more drawn to the ones that occur in limited situations with a restricted number of suspects – such as on a moving train, perhaps. This is very much a combination of Murder on the Orient Express meets Flightplan, but is far greater than the sum of those mediocre parts, and the mystery here survives my tight scrutiny and, even though I could see exactly where it was going once all the puzzle pieces had been outlined, I remained gripped because it all became less about the how, and more about the why. 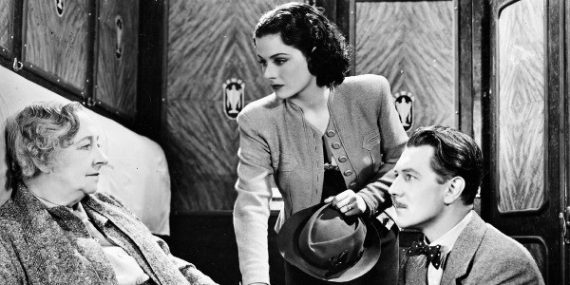 The film starts off relatively slowly, taking far more time to actually get onto the train than I’d initially anticipated, but this gave more time to set up the characters and relationships, particularly between Iris and Gilbert, who start off entirely on the wrong foot when she attempts to get him thrown out of the hotel for his late-night clarinet playing and folk dancing, but end up working together to solve the mystery once the train journey gets under way. Gilbert is a thoroughly annoying character, and it’s clear Redgrave relishes playing him, having a grand time with every one-liner and snarky comment. He’s the kind of guy who doesn’t let a bout of fisticuffs stop him from making a pithy remark, and whilst he initially comes off as brash and detestable, he eventually warms into someone you don’t mind being around. Similarly, Lockwood’s Iris is at times a little icy, but over the course of the film she goes through a great deal, particularly thinking she is going insane when no-one believes the story we absolutely know to be true. Miss Froy is also wonderful, putting across a very believable character despite not being on screen for all that much time. She’s everybody’s favourite Grandmother, making her the perfect character for the audience to root for a safe return.

The rest of the characters are fantastic as well, particularly the two cricket fans, who are the most blatant comic relief ever committed to cinema. They travel through the movie like The Muppets‘ Statler and Waldorf, critiquing everything around them and rarely in a positive manner, always more obsessed with getting home to catch the end of a cricket game than with the possible disappearance of a woman they were speaking to not that long ago. Their actions in the first act, which see them sharing not only a room, but a bed and pair of pyjamas as well, may have been deemed risqué back in the 1930s, but now feel a little more Bert and Ernie (or Morecambe and Wise) than anything else, and the moustachioed blow-hard Radford has my single favourite moment of the film, angrily yelling down the telephone at a fellow Englishman that he couldn’t possibly be in England without knowing the current cricket score. I swear it’s films like this that provide the stereotypes many non-English people prescribe us with. 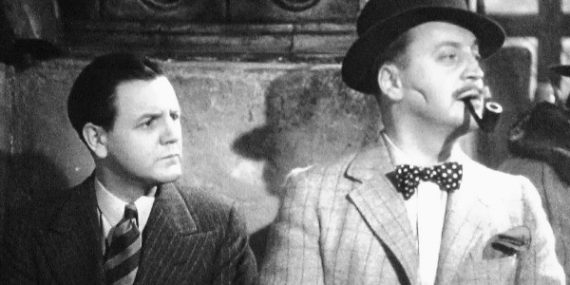 Just as I thought the film was winding down, with the majority of the plot either wrapped up or nearing completion, an entire third act arrives, bringing with it a thrilling chase and a shoot-out, that came completely out of the blue but were entirely welcome. These scenes feature the most English response to being shot ever – no physical reaction of pain or surprise, just calmly walking back inside the train carriage and simply stating “You were right” to a person who had frowned upon the idea of venturing outside. I think that’s why I loved the film so much; it’s not just a thrilling mystery, it’s also bloody funny to boot.

The Lady Vanishes is out in on Blu-Ray on 19th January, released by Network as part of their The British Film collection. Special features include a introduction by Charles Barr, the original trailer and an image gallery.