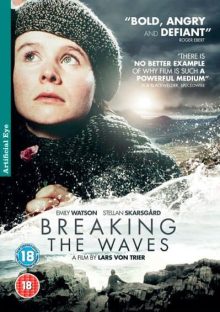 At its core, Breaking the Waves is the story of an all conquering love which consumes our heroine as she struggles to keep her faith (and love) in a world that seems hell bent on thwarting her deepest underlying belief systems, which has been shaped in a cold, unforgiving, religious environment by a community of close minded zealots. They clearly perceive Bess to be simple-minded, (a little mad but not dangerous) and not to be taken too seriously. However, all that changes when, after an unfortunate accident in his oil rig, Jan is left paralyzed and near death. Bess the kind-hearted, naive and sheltered girl ends up getting used in the most horrific way, as the story progresses, by her: husband, townsfolk and several random deviants that populate the story in the bleak coastal village and environs in which she grew up. 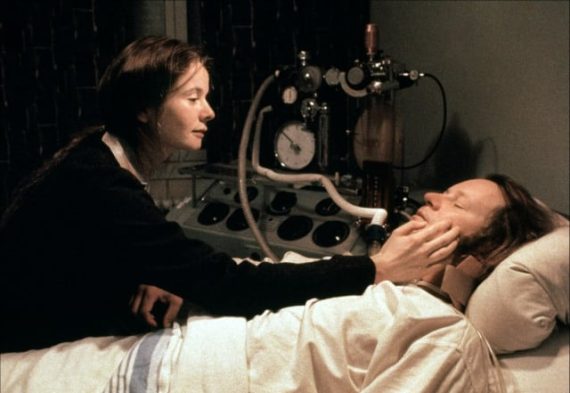 Her love for Jan is hysterical, obsessive and bordering on the schizophrenic, particularly when she prays with split personality personas, as a patriarchal deep ‘God voice’ talking to a plaintive, childlike little girl pleading for her Jan to be sent back to her. Bess’s God voice asks ‘are you sure this is what you want?’ and sure enough the next day brings news of Jan’s terrible accident. Bess’s guilt knows no bounds and she is determined to do whatever it takes to keep him alive, including sex with other men on his instigation. The community starts to turn against her and the church ostracize her for her scandalous acts.

Things come to a head after a depressed Jan tries to take an overdose in order to ‘set her free to get on with life’. Bess’s Sister-in-law, Dodo (the late Katrin Cartlidge) intervenes to stop him and tells Bess to take control and give him a reason to live. Taken in conjunction with her revelation to Jan that Bess will do anything for love, this sets the scene for Bess’s subsequent journey into sexual excess on Jan’s behest, starting with a clumsy attempt to seduce the kind Dr. Richardson who eventually acknowledges that Bess was not mad, just ‘Good’. 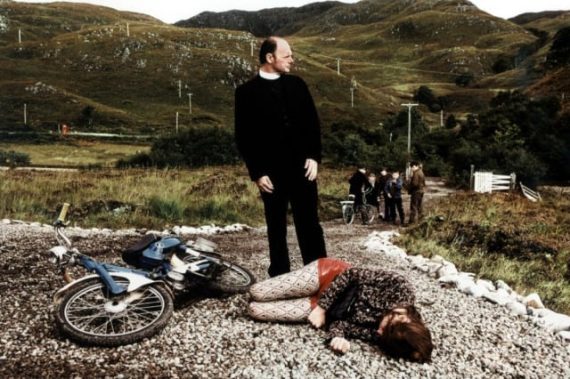 Meanwhile Bess’s promiscuous encounters, (e.g.: sordid hand jobs with strangers on a bus or sex with random men in bars and ship crews anchored in the Bay), spurred on by Jan and her strong belief in the power of love to heal any illness, only get more intense and dangerous with each passing fling. Despite Dodo’s admonishment not to buy into Jan’s sick, depraved mind and emotional blackmail, Bess continues her mission to try and heal her husband with love. The village is scandalized by her actions and even the kind doctor is disgusted and confesses to being in love with her, but Bess is not swayed. To make matters worse, her ‘God voice’ goes silent and in panic, she pushes the envelope further by taking on a notorious ship in the harbour, where even other prostitutes refuse to go. This leads to a nasty series of events, (including attempted rape, excommunication and a botched attempt to commit her to psychiatric treatment) culminating in the ultimate sacrifice she makes to save her dying husband. The last scene is a touching vindication of Bess’s saintly character, complete with tolling celestial bells – very moving.

Emily Watson’s powerful debut and amazing portrayal of the simple, kindly Bess is a revelation and her natural exuberance shines through even in the darkest parts of the story. The theme of the story is as much about loneliness and fear of loss as it is about the spiritual strength that Bess continues to display, in spite of insurmountable odds and humiliation. Even in this early work, Lars Von Trier uses painting-like shots, a chapter based narrative and graphic sex scenes, which are completely integral to the story, it is easy spot his trademark themes of religion, morality, mental ill health, depravity and human hypocrisy. The sparse sound track is used sparingly but effectively to emphasis the chapter transitions and their artwork-like scenes.