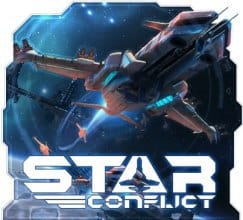 Star conflict is an action-based spaceship MMO published by Gaijin Entertainment who are perhaps best known for War Thunder. If you have played War Thunder, you will see immediate similarities between the two titles, for instance the way the craft control involves moving the mouse, locking on and then spraying down your prey. However, Star Conflict adds the likes or shields and special weapons which progress the complexity of the gameplay nicely. Just like War Thunder this game comes as a neatly packaged free-to-play title, which does a good job of keeping the game from being pay-to-win.

Graphically the game is astonishing, the environment personally being the greatest asset in terms of visuals and immersion. Huge asteroids litter the sky and looming space stations cover the map as you fight over fiery planets whilst lasers whizz past your ship. The ships themselves are also pleasing to the eye and generally very well designed because they truly look like fearsome war machines. All this is even more surprising because visuals usually aren’t this breath-taking when talking about free-to-play games.

On starting Star Conflict the player is given the option between three different factions: The Empire, Federation and Jericho, each with their own agenda. There is nothing to write home about in terms of storyline but this is to be expected and I suspect most people will play this game for some shooting action in space. Each faction provides unique ships to those who chose to side with them, and the player unlocks new ships as they rank within the faction. In addition to factions, the player has the choice of which ship they want to use. There are three classes of ship: Interceptors, Fighters and Frigates – each having another three specialisations which determine the abilities the ships have. 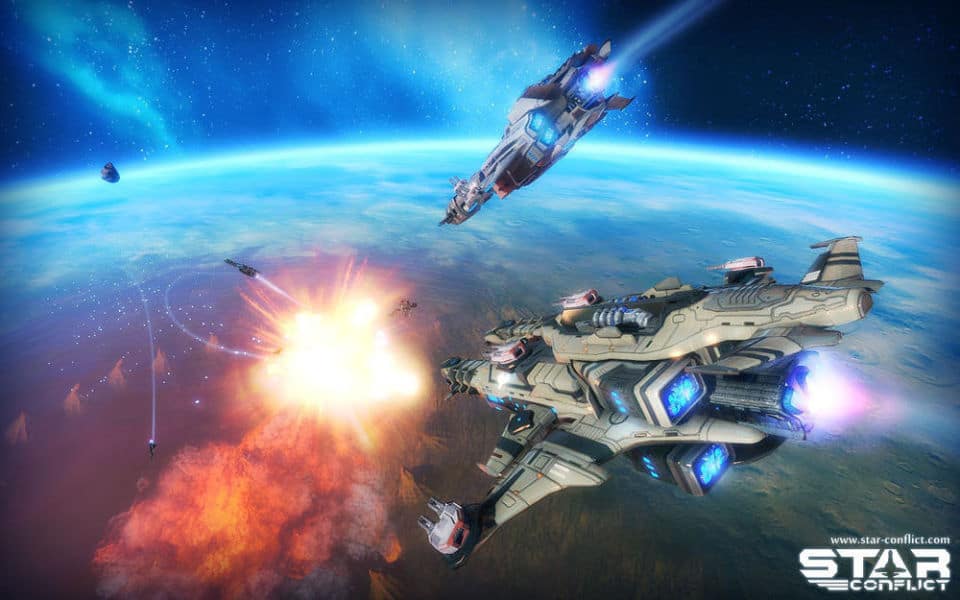 In terms of PvP there are 4 game modes, none of them being particularly ground breaking. There is your typical Team battle which involves killing enemy ships until their reinforcement points have been depleted. Detonation is where you have to destroy all 3 of the enemy’s stations using an EMP bomb spawning in the middle of the map, whereas Combat Recon is where your aim is to destroy the enemy captain and the rest of their team respectively. Finally Capturing the Beacon involves your team capturing all three enemy beacons or destroying all opposing ships.

Something that I found disappointing with Star Conflict is its user interface. It could be quite confusing to players logging in for the first time and can take a while before you can navigate competently, though the core gameplay itself can be learned extremely quickly.

In short, Star Conflict is worth its price of FREE and also the memory it takes up on your hard drive, being a great example of how free-to-play should be done. The game could easily be an AAA game with its fantastic visuals and smooth gameplay.  Since the game is always getting new features and improving, there is always something to look forward to in Star Conflict.