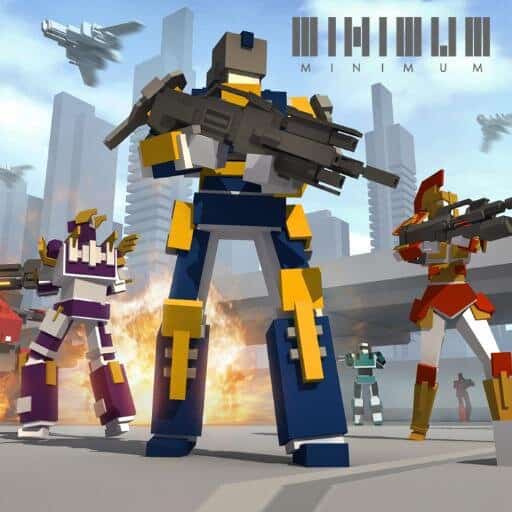 Minimum is best described as a third-person shooter, merged with a multiplayer online battle arena (MOBA).The game provides a lot of action, excitement and an extremely competitive multiplayer mode, all wrapped in a slick aesthetic. However, that’s not to say it’s without problems.

The games main focus is the Titan mode, in which the player’s goal is to escort their team’s Titan to the base, where their power core is located. Whilst doing this there is an enemy Titan to bring down, players to kill and two defensive walls to break down. This game mode provided just the right amount of strategy and mayhem as rockets fly past you and players explode as they die. Though one thing stood out to me as I launched the game: the art style. Everything in the game is made of blocks and has a primary colour of grey, sound dull doesn’t it; it’s not. When players are on the verge of death, they glow a bright yellow and bullets give off a delightful amount of colour. What I’m trying to say is that there are tons of particle effects and the grey background only helps make all the other colours stand out more. Not everybody will like the style as much as I do because they will argue the simplicity is a way to avoid creating complex textures, which is always a possibility.

As I neared the end of my first game one thing was very apparent to me: swords are way too overpowered. This was a huge problem as there seems to be no way to counter swords as they kill so fast and with the right setup, sword users become impossible to kill. Everybody agrees on this, so I hope the developers fix this in due course. Another important mechanic in the game is the upgrade and armour system. As you kill players and creeps (monsters you kill for upgrading) on the map you get components to build armour and upgrade it. These upgrades are not permanent like in all MOBA’s and only last as long as the game does. Weapons also upgrade 5 times, gaining power as you level it up, this is done by killing players and picking up what they drop.  I feel this system needs a bit of tweaking because a player  just joining the game with a weapon at level one, will find it very, very difficult to kill somebody with a fully upgraded weapon. I found myself quitting games that I joined halfway to avoid being killed extremely fast by players  who were fully upgraded. At the end of the game, you are rewarded with crafting components which you can use to buy different armour and weapons. These are not necessarily more powerful, just different but are permanent unlocks, so choose wisely. 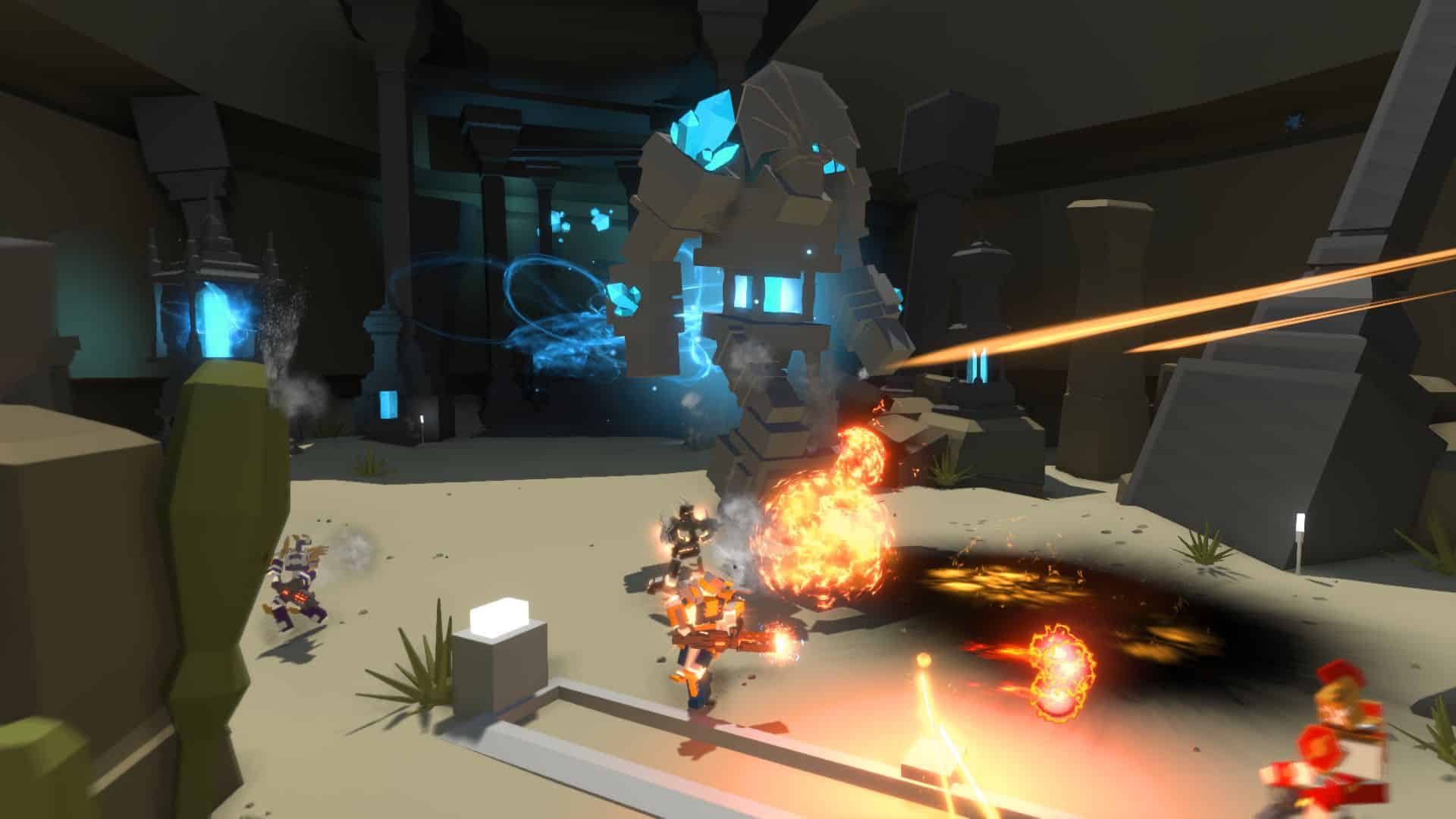 Aside from the Titan gamemode, there are two other: Team Deathmatch and Horde mode. Both I found rather uninspired and simply not as fun as Titan mode. Horde mode involves your team taking on waves of enemies, from ninjas to dinosaurs but the enemies are stupid and no fun to kill. You only get one life for each round and when you die you can view one of your teammates continuing the battle against the randomly spawning monsters.  In Team Deathmatch, you know what to expect, but with Titans removed it feels hollow and pointless. Furthermore, swords seem to be even more of a problem when the maps are close quarters for the most part. As it stands, you should buy the game purely because of what you think of the brilliant Titan mode. I personally found it hard to justify the purchase, based solely on Team Deathmatch or Horde, when so many other games have better iterations.

Minimum is still definitely a work in progress.  Having experienced crashes, plenty of disconnects and glitchy menu screens, it is obvious the game requires work. As mentioned above, balance changes are required and the Horde gamemode need a lot of work to make it a worthwhile experience. But apart from that Minimum is fun, really fun. Titan mode is impressive and exciting, watching two huge Titans battle it out, throwing punches each other’s way and literally lifting the opposing Titan into the air, all helps towards building a vibrant multiplayer experience. As well as this, a slow yet superb soundtrack accompanies the battle. Minimum could be something quite special with the correct changes and I look forward to seeing what the future of this game holds.