We’ve been sent some exciting news to share with our British readers. Everybody’s favourite themed cinema event managers, Secret Cinema, are putting on their biggest production to date and it sounds pretty spectacular.

Read on to find out more…

Secret Cinema today announces its next cinematic adventure ‘Secret Cinema presents Back to the Future,’ which is set to be the most epic and detailed production to date – bringing the much loved 80’s film back to life at a secret London location. This will be the biggest live cinema event ever staged in the UK. ‘Secret Cinema presents BACK TO THE FUTURE’ will run from 24th July – 10th August 2014 and tickets will go on sale this Wednesday 4th June via the Secret Cinema website: www.secretcinema.org/tickets. The show will be the accumulation of close to 45 large scale cinematic productions before Secret Cinema takes the concept global in 2015.

Secret Cinema will build the town of Hill Valley and transport audiences into a richly detailed imagined world. Audiences will travel back in time and become citizens of Hill Valley living between 1955 and 1985, with secret alleys and entrances in the town that will allow them to travel to 1985 and 2015. As in previous productions such as Dirty Dancing, Grease and Top Gun – this event will follow the familiar interactive format of immersing audiences into the world of Back to the Future and Hill Valley in the first half of the evening followed by a screening of the classic 80s film alongside extra experiential surprise elements.

A Battle of the Bands contest will determine who will play on stage each night, as well as a secret headline high profile band. The famous ‘Enchantment under the Sea’ Prom dance will take place at an after party venue near the secret location.

Audience participation will feature heavily throughout each event, with audiences becoming characters inside Hill Valley, with some being thrown into a time machine and transported into another existence, and others will become part of the worlds of 1955 and 1985. 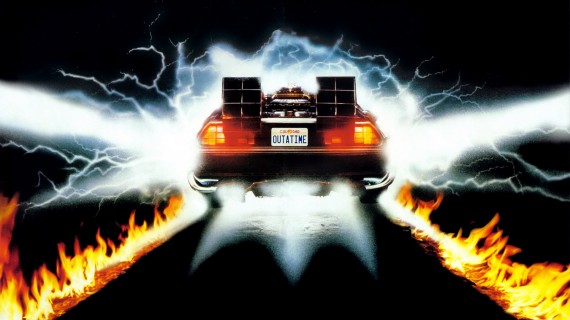 Notes
The show will be open to everyone aged 5 and/or older. Children under 16 must be accompanied by an adult.

Secret Cinema Founder and Artistic Director Fabien Riggall said, “For ‘Secret Cinema presents Back to the Future’, we will build an entire town, where audiences will live inside the world of Back to the Future. We will play heavily on the innocent dreamlike Americana world of 1955 and the nostalgic pre mobile phone world of 1985. With this production we are moving Future Cinema into Secret Cinema Presents which will continue to stage cult classics and new releases such as the recent critically acclaimed Grand Budapest Hotel and last year’s Searching for Sugarman.”