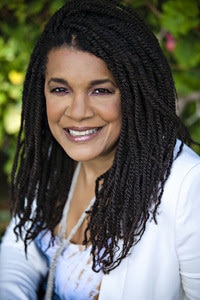 I had the opportunity to do my first interview with Kathryn Bostic, accomplished pianist, singer / songwriter and composer. Kathryn was responsible for the score on Justin Simien’s acclaimed racial satire Dear White People which premiered and won the Best Breakout Talent Award at Sundance 2014 Film Festival. In her own words:

“The great thing about working with [writer/director] Justin Simien on this film is that he wanted a wide and diverse range of music.  We hear classical, hiphop, electronica, jazz, etc. and it all makes sense and really serves the storytelling. I got to play around with many different textures alongside orchestral instrumentation.  And of course, as a pianist I loved being able to add this to the score particularly in the ‘love theme’ that I created.  This was based on Justin’s appreciation of Yusef Lateef’s love theme in the movie SPARTACUS.” – Kathryn Bostic

Kathryn, how are you today?

K.B. I’m fine, been seeing a fine line up of films in this year’s LA Film Festival for which I’m a jurist.

Wow, how did you get to be a judge?

K.B. I think maybe they wanted to include people with different perspectives among the judging panel this time around.

How did you get started in music?

K.B. I’ve always enjoyed writing music, and I’ve always enjoyed the storytelling aspect of music, so writing scores for films or anything with stories seemed like a natural fit. Also, I grew up in a musical household. My Mom was a classical pianist and brilliant singer with a beautiful voice, and there was always a piano in the house. I started playing from about the age of 3.

How did you get into writing film scores, and in particular the score for the film, Dear White People?

K.B. I did a score for another film, Middle of Nowhere by Ava DuVernay, and the producer of Dear White People really liked it and recommended me to the Director, Justin Simien. 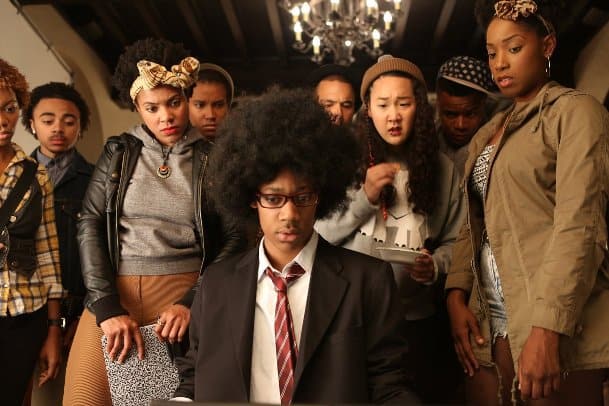 What is your process (for writing film scores)?

K.B. It all depends. Sometimes you get nothing and have to work from the start, and other times you could get a finished product, but for Dear White People, the time was short so I worked with the Director as the film developed and wrote the music to rough cuts as it progressed. This can be tricky because you need to make sure the music matches key emotional moments in the film, and when that gets changed it can get thrown off completely, so just have to keep working at it until it’s finished.

I liked the music on “House Election”, especially the Piano part. Can you tell me about it?

K.B. It was based on Schubert’s Piano Trio (the 2nd Movement) which we wanted to include, as an homage Kubrick from ‘Barry Lyndon’ in a key scene, and it is a theme that repeats through the film.

What about “Coco’s Theme”, it sounded to me like the theme for some snooty character, is that correct?

K.B. It is the theme for a key character (in this ensemble piece) who happens to be very aspirational but conflicted, and who, like the film, is all about identity. The music has some classical movements with tragic undertones, much like her character. The thing I liked about doing this film score is the melody, and Justin, the director, loves melody and he encouraged me to retain it in a lot of the score. 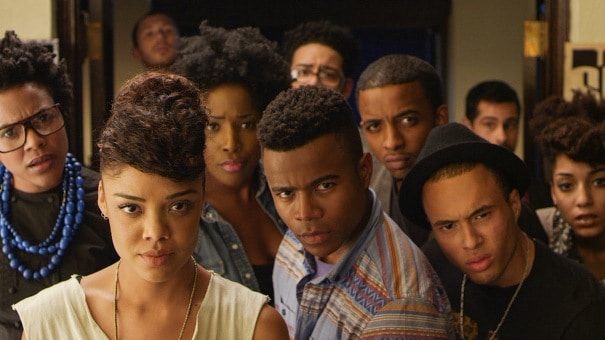 I can see you are very accomplished creating music for different formats and channels – what is it like working across formats such as TV / Theatre / Film?

K.B. For the most part they are more alike than different, mainly because it involves using music to tell a story and that doesn’t really change as a result of the type of performance. Even when I perform, it’s always about searching for honesty and authenticity of the music, and I use this in my writing to ensure it stays true to the story. When people can feel the honesty in music that is when you know you’ve done the job, and that is what I strive for always.

Again I hear that theme of authenticity and identity – this is what Dear White People tries to address, is that right?

K.B. Yes, Justin Simien does a great job in exploring the dynamics of self perception, race and gender and how we are socialized by this.

Thanks for a delightful interview; I am definitely looking forward to seeing the movie. 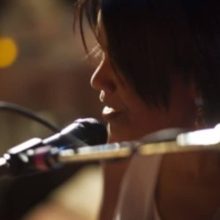 Finally, as part of my prep for the above interview, I got to listen to a few of the score tracks, and here is a mini-review. On first listening, it became immediately obvious that Kathryn Bostic is a gifted pianist, especially with the strong presence of that instrument on a diverse range of the multi-genre fusion pieces that make up the score. The aforementioned ‘Coco’s Theme’ featured some piano led classical music inspired piece, (a little like Romeo and Juliet’s Montague and Capulets), which is ideal for some hoity toity character named Coco, I suspect. ‘House elections’ had the metronomic electro vibe which I’m beginning to notice on most movie scores, but mixed in with a dash of Bostic’s piano flair and flourish as a key differentiator. ‘Party Invite’ and ‘Party Riot’ are proper jazz pieces, albeit with dramatic tension in the former and a frenetic paced, chaotic feel on the appropriately named latter. Finally, ‘Love Theme’ is just simply divine.

PS. the jury is still out if there will be a CD soundtrack release for Dear White People, but based on what I’ve heard so far, I would certainly recommend it.