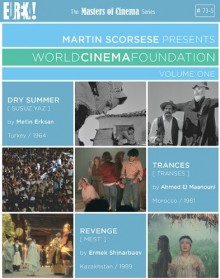 Near the end of 2013, Eureka’s Masters of Cinema label treated film buffs to a box set of three little known cinematic gems from the World Cinema Foundation. Set up by Martin Scorsese, the Foundation is best described by the man himself:

“The World Cinema Project [was] created to help developing countries preserve their cinematic treasures. We want to help strengthen and support the work of international archives, and provide a resource for those countries lacking the archival and technical facilities to do the work themselves.”
Martin Scorsese, WCP Founder and Chairman

You can find out more about their work here: worldcinemafoundation.org

It’s really quite an honourable and exciting venture. I love to work my way through the classic film canon, but it’s easy to forget that there are over 100 years worth of releases from around the world left to discover. Many of these are equally as worthy as those ‘cast iron classics’ too, they just didn’t get enough press in the right places to keep them in the public consciousness. Unfortunately an astonishing number of these forgotten titles have been lost over the years. It’s expensive and time consuming to restore old prints so, as the years go by, thousands more films are disappearing. So it’s great to see filmmakers like Scorsese helping keep a number of interesting titles alive.

Included in ‘Volume 1’ (hopefully meaning there are more to follow) of the Martin Scorsese Presents: World Cinema Foundation set is Dry Summer (Susuz Yaz), Trances (Transes) and Revenge (Mest). Here are my thoughts on the films themselves:

Metin Erksan’s Dry Summer from Turkey found great acclaim on its release, winning the Golden Bear at the Berlin Film Festival as well as the Biennale Award at Venice, so you wouldn’t have thought it had become as forgotten as it has. Unfortunately the film was removed from circulation by the Turkish authorities soon after its release. It’s surprising to hear that it got effectively ‘banned’ as, by today’s standards, the film isn’t all that shocking. It is a big, bold melodrama at its most enjoyably scandalous though.

Osman (Erol Tas) is a farmer who decides to dam up the local spring so that it remains on his land and doesn’t feed through to the villagers down the hill. His brother Hasan (Ulvi Dogan) thinks it’s a bad idea to anger the locals and, sure enough, the villagers aren’t happy with the situation. The conflict between them escalates, leading to Osman killing one of the villagers. Osman talks Hasan into taking the blame for the killing as he would get a lighter prison sentence, and he agrees. This leaves Osman alone on the farm with Hasan’s new wife Bahar (Hülya Koçyigit), who he has had eyes on for a while. 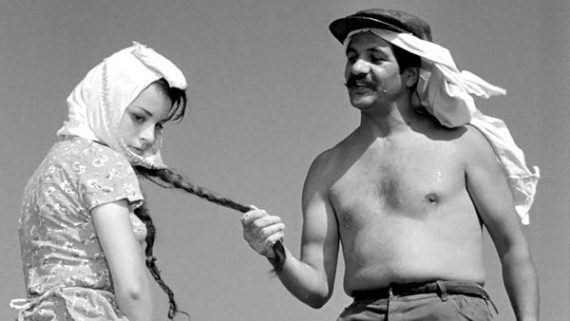 I left this film until last to watch (my reviews have been written in reverse order) as it didn’t look like my cup of tea. I’ve expressed my distaste of melodramas before, although, as recent reviews have attested, I’ve been surprised by them quite regularly and once again I’ve fallen for their charms.

At first glance, the film isn’t anything special. The story is blunt and not particularly original and the poor ADR and foley make it seem a bit dated and cheap. However, after a short while you realise this film has enough great qualities to make it work brilliantly. For one, the editing and shot choices are often wonderfully unusual and the camera is brazenly thrown around (fortunately not in a shaky-cam fashion), giving it a lot of energy.

Its down and dirty no-nonsense approach makes it exhilarating too, telling its story shortly and sharply with plenty of sex and violence. Aiding this is the truly memorable villain Osman, who is a selfish, rude and disgusting character in the best possible way. The viewer is so desperate for his comeuppance, they can forgive some of the silliness in how it transpires.

Trances is Ahmed El Maanouni’s documentary following popular Moroccan band Nass El Ghiwane. Like most music documentaries we are presented with concert footage mixed with the band discussing their work. Here we also get snapshots of life in Morocco at the time as the band’s music has a political undercurrent. The country was in political turmoil at the time and their lyrics reflected the struggles the Moroccan people had faced over the centuries.

The film doesn’t bog itself down in the politics though, it lets the music do the talking (other than some archive footage used in a standout silent montage in the middle of the film). The film focusses instead on the passion for the music and the effect it has on people. It brilliantly captures the raucous energy of Nass El Ghiwane’s concerts, with the crowds going wild and showing the musicians up close, sweaty and caught in the rhythm. The artists don’t go wild themselves, but their fans get caught up in a trance (thus the title, among other reasons). Building to the archival montage I mentioned earlier, we watch one woman truly get lost in the rhythm to a startling degree. 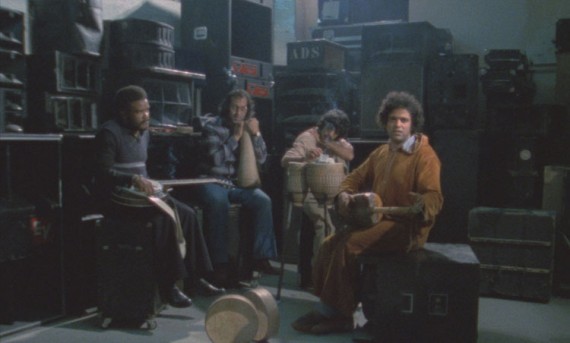 And the music does have a hypnotic, highly rhythmic quality which got me intoxicated and I enjoyed listening to it quite a lot. Without understanding the lyrics and context, it might sound like generic ‘world music’, but through being supplied subtitles and background information you can appreciate the emotion and strength behind it. That’s what a good music documentary should do – make you better appreciate the music.

The film didn’t blow me away though it must be said. Away from the concert material, the film’s ‘interviews’ and other sequences have been staged and can feel a little unnatural although they’re generally well done. Due to the film’s free flowing nature and the repetitive style of the music it can be hard to stay fully engaged too, but Trances remains a rich and occasionally quite hypnotic experience. A great music documentary from a time and a place where they weren’t commonplace.

Revenge (a.k.a. Mest or The Red Flute)

Revenge is a hard film to place geographically. It’s classed as being made in the Soviet Union, but now that region is the independent republic of Kazakhstan and when you watch the film it is largely populated by Koreans and feels like a Japanese period revenge drama. Reading about the film in the accompanying booklet helps explains things a bit better. The film’s writer Anatoli Kim’s father was Soviet-Korean and spent most of his life on the island of Sakhalin, which lies between Japan and the east coast of Siberia. This island is the primary setting of Revenge and the large Korean population there suffered greatly over the years, with the film being one of the first to deal with the long-forbidden topic of their forced relocation to the Central Asian Republics.

But the area’s history isn’t the core of the narrative. Bookended by two symbolically relevant but totally disconnected scenes (one is set in 17th Century Korea), Revenge largely focuses on one horrific act and the need for vengeance it creates. Jan, a teacher in a small village, kills a young girl in an act of frustration. Her father Caj swears to reap revenge by killing Jan with the same scythe which was used on the girl. Caj almost gets his chance but is interrupted by a mysterious woman. Realising he is too old and sick to carry the revenge out, he takes a young simple-minded woman to bear him a son. This boy is born for the sole purpose of completing what his father couldn’t and he tells him as such on his death bed. Thus begins a dark and philosophical look at revenge and ultimately the strength and beauty of life. 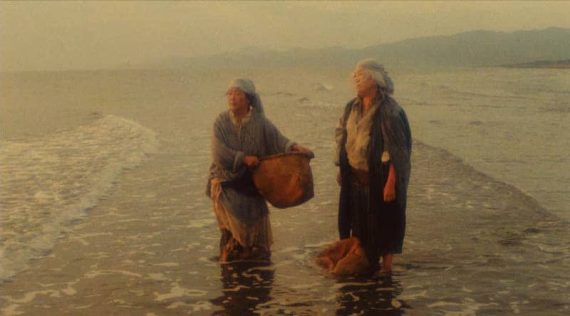 From the images and description this sounded like the film of the three that would most appeal to me and although it didn’t play out as I expected, it was the title I was most impressed by.

It’s difficult for me to put into words why I loved it so I won’t toss off a couple of paragraphs of pretentious nonsense. I’ll simply say that the film is beautiful to watch. Cinematic poetry is the best way to describe it and as such its ‘art house with a capital A’ style will likely put off some, but I found it quietly stunning in its sparse beauty.

The Martin Scorsese Presents: World Cinema Foundation: Volume 1 box set is out now on dual format Blu-Ray & DVD, released by Eureka as part of their Masters of Cinema Series. I watched the blu-rays and all three films looked and sounded fantastic. The prints, some of which had their restoration overseen by the directors themselves, are remarkably clean considering their rarity, yet retain the rich grain from the film they were shot on.

The only special features you get are introductions to the films from Scorsese himself. These are all very short, but give you a nice background to the films as well as the nature of or reasons behind the restoration work.

Because this is a Masters of Cinema release, you do get treated to a booklet of essays on the films though. This is particularly welcome here as so little has been written about these films before now. It gives you a decent amount of knowledge on the titles to help you better appreciate where they came from and their production.

Overall this set is a must buy for fans of classic world cinema. The titles may not all be 5 star masterpieces, but a couple aren’t far off and they’re all fascinating gems which the World Cinema Foundation must be applauded for reintroducing back into the world.